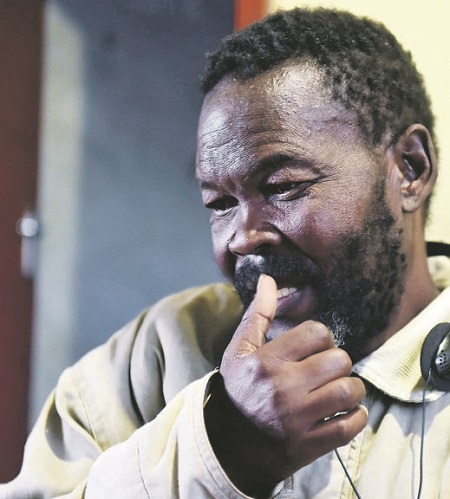 Glory Ramphosi, a 52-year-old South African man went to the hospital for fluid to be drained from his body, only to be left in a world of pain.
According to Daily Sun SA, his doctor’s attempt to draw blood from his scrotum caused it swell to the size of his fist.
And now there’s no more morning glory for Glory, as his p*nis has been left limp from pain.
The 52-year-old man from Sebokeng in the Vaal, south of Joburg, said he was worried his p*nis would not work again.
Glory said he went to Sebokeng Hospital on 3 May for fluids to be drained from his body.
He claimed he was told that blood had to be drawn from his veins first before they could start draining the fluid.
“The doctor said she couldn’t locate my veins to draw blood and run tests, so she opted for my scrotum,” he claimed.
“The next day I held my scrotum and saw it was swelling. I called a sister and matron who called another doctor, who in turn said he’d call the urologist.
“When I asked the same doctor why my scrotum had swollen, she said I would get better in time.”
“I haven’t heard from the hospital since I got home. I called the matron who said I could lodge a complaint. She warned me not to speak to the media.”
Glory said he wants Health Minister Aaron Motsoaledi to pay a visit to the hospital.
Gauteng Health spokesman Prince Hamnca said the hospital thought the complaint had been resolved.
He said the hospital would schedule another meeting with the patient and his family.
Hamnca said: “Glory is currently being helped by the physicians and the urologist at the hospital.
“Investigations showed that there was no wrongdoing on the part of the doctor.”
This Man Went to Hospital for Treatment But Ended Up With a Limp Penis was last modified: June 23rd, 2017 by Arinze Ago

Evans Indicts Nigerian Banks as Police Close in with Investigations