Evans Indicts Nigerian Banks as Police Close in with Investigations 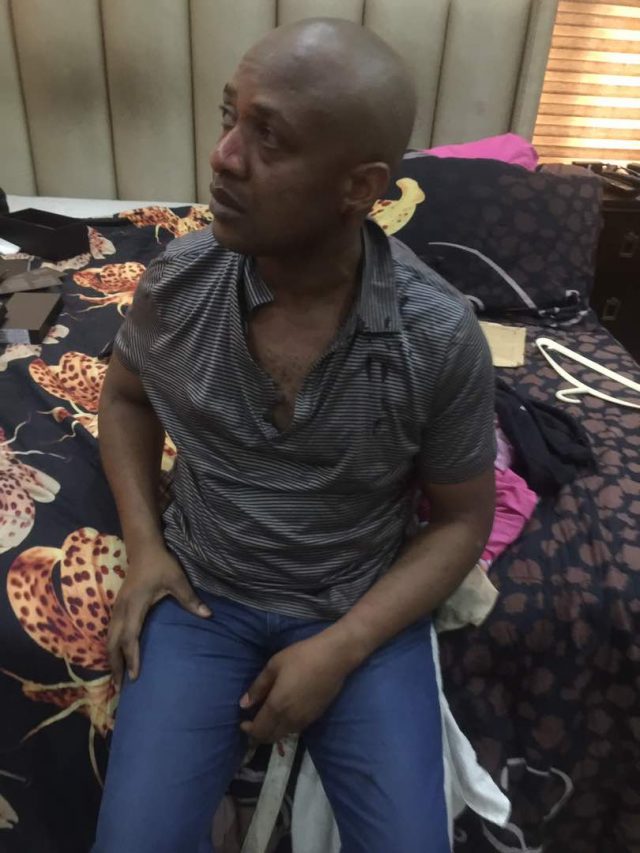 Inspector-General of Police (IG), Ibrahim Idris, has instructed detectives investigating the billionaire kidnapper, Chukwumeme Onwuamadike aka Evans, to begin X-raying his various bank accounts.
Evans, who keeps changing his narratives since his arrest, had earlier confessed that he had just one account, which is with Guaranty Trust Bank (GTB).
His wife, Uchenna, buttressing her husband’s claim, insisted that GTB personnel used to visit their homes.
She said: “The N20 million he sent to me through transfer was given to one Hausa man to pay into an account in Ghana to be used in paying our rent and furnish the house in Ghana. I know he banks with GTB only. Their staff used to visit us in the house.”
A day after his arrest, Evans told a New Telegraph correspondent that although he collects ransom in dollars, he didn’t have a domiciliary account. But some of his victims, on Evans orders, routed payment of ransom to South Africa. But he also denied this.
Asked where he used to keep his dollars, he said: “I can’t figure out how much I have collected so far or how many people I have kidnapped, but I have kidnapped up to 10 since 2015. The highest amount I have collected was $1 million from Festac. I don’t know my net worth. I don’t have any money in the bank. I operate only one account.
“I collect dollars because it’s my choice. It’s not true that victims pay money to an account in South Africa. Once the victims pay the ransom, the money goes to the people who own it. I don’t have a boss but some people own the money. I was able to evade police arrest because I was too wise. I am the only surviving member of our initial gang. I learnt kidnapping from China who was also killed. I formed my gang and my members formed their own gang which is an ad hoc gang.”
Police are working on the theory that Evans’ wife disappeared to Ghana with the bulk of his money after the couple realised police were closing in on the suspect.
On Sunday, Evans elaborated the banks he uses to keep his money as Fidelity, First and Diamond banks. According to a source at the Force Headquarters, the police had already started working on Evans’ accounts in Nigeria.
The police also believe that the suspect has offshore accounts, even though he had vehemently denied it, insisting that he had only travelled to Ghana.
The Force spokesman, CSP Jimoh Moshood, on June 11, had disclosed that the police were working with international police (INTERPOL) in investigation of Evans.
The source said: “I understand that the IG has instructed the policemen investigating Evans to begin X-raying his bank accounts in Nigeria. They had already obtained court to freeze the accounts and get the account balances.”
The source said that although Evans had mentioned some banks, they were going to investigate further to find out if he had other accounts he might be shielding from the investigators.
Already, preliminary investigations have revealed that the bank accounts don’t bear Evans’ names. Moreover, nobody seemed to be sure of the suspect’s real name.
The source said: “The bank accounts were opened using company names. Police are still investigating.”
Evans Indicts Nigerian Banks as Police Close in with Investigations was last modified: June 23rd, 2017 by Arinze Ago