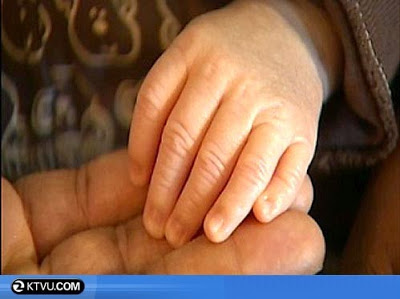 There were no signs that there was anything wrong with 7-month-old Jacob Duffy before he was born in November last year. But mum Rachael Hendry, 24, and dad John Duffy, 28, found that baby Jacob had four extra digits – and an undiagnosed complex syndrome which has left him with a number of defects, including a hole in the heart and eye conditions.

Rachael said: ‘We joked around a bit at first and said that at least he will be good on the piano but obviously we quickly realised that things were a bit more serious.

‘I quite like the extra fingers and I don’t really want the surgeons to chop them off but kids are quite cruel and I could hardly send him to school with them.’ 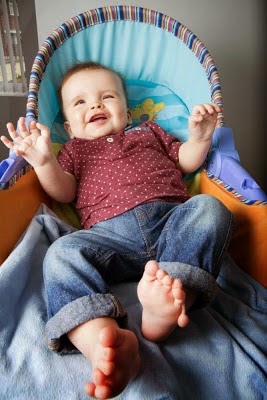 Doctors aim to operate after he is 12 months old – and his parents are now trying to raise cash for a surgical correction.

Mum ‘stabbed her daughter to death with...