Meet ONDO Big Boy Who Is A BIG Philanthropist 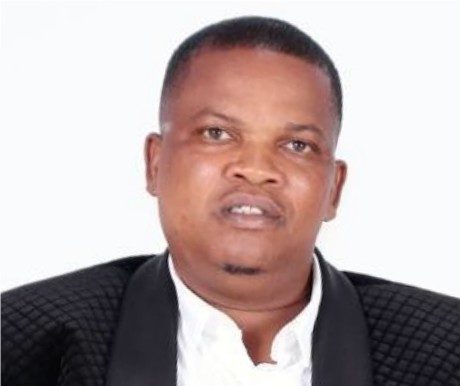 You might not have heard about his foundation but his name surely rings a bell in the minds of many that have benefitted from his large heart especially in his hometown, Ondo.

The man, Bamidele Omosehin, is a man of many parts. He means different things to different people. To some, he is a philanthropist while others see him as an entrepreneur. He has been using his foundation to cater to the needs of his people in Ondo State.

The big-time gold dealer, real estate guru and international businessman has been affecting dozens of lives privately and openly for years in Ondo and beyond even before he floated his foundation. During the Covid-19 pandemic, he is known to have spent millions both in his state of origin and Lagos State majorly as palliatives. For those who do not know this top philanthropist, let’s quickly tell you that he is the CEO of NVX International LTD. In some of his words, on his personality, he said,

“The Almighty created each and every one us for a place in the world: and for the least of us to think that we were created only to be what we are and not what we can make ourselves, is to impute an improper motive to the creator for creating us (Zik1970:33). Therefore, he who is born without any service from him is a specimen of futility to humanity. The heights reached by great servants of the people the world over have all along started from somewhere”.

He is a native of the Iju-Odo town in Okitipupa Local Government Council of Ondo State. He is a compassionate, decent and diligent entrepreneur. At present, he serves as the CEO of NVX International Ltd. He is a very proud Nigerian and a family-oriented individual that preaches and believes in the time-honored maxim of always being one’s brother’s keeper. He is a well-traveled, experienced businessman and an altruistic individual with a lot of empathy for his fellow man. He believes in the empowerment of his people rather than merely helping them to bear their burden. His large and kind heart for his people made him set up his foundation, BOF. The foundation was set up to help the less privileged and downtrodden. He also spoke about the foundation. He says

“To me growing up was not a bed of roses. And today, as I look back with nostalgia how the average kids like me from a modest family had to struggle to get the basic necessities of life at some point in our formative years, I feel challenged. This really shaped my orientation about the hardships people face on a daily basis around us and all over the world. Eventually, it propelled me to set up a foundation, by the Grace of God, to genuinely help the downtrodden, widows, orphans and the less privileged. The goal of the foundation is to ameliorate poverty and hardship—this we intend doing in our own little way by giving out scholarships to as many students as possible, who are willing to get themselves educated but are financially handicapped.

Bamidele Omosehin Foundation would also seek to help the homeless as well as people struggling with medical bills in hospitals and, even visit and take care of orphans and those with disabilities.  Truth is, the present-day government can’t do everything. I believe as a man with an unwavering knack for philanthropic services that set up the foundation is my little way of contributing my quota to the society and putting smiles on people’s faces.

I urge all well-meaning Nigerians who God has blessed, to help in any little way they can, to make Nigeria a better place for all to live in. God bless Nigeria!”.

His interest in people must have been befitting of a public office holder because he is not holding public office but he has garnered a lot of experience in making sure he gives to his community.

In his opinion about Democracy, leadership and governance in Nigeria, he noted people should be allowed to vote for their choices.

“My opinion on governance, in my state and the country as a whole, has always been that people should be given the opportunities to lead others based on their distinctive antecedents. More importantly, a qualified person should be chosen by the people as against handpicking and godfather politics, as this would no doubt enthrone good and transparent governance at all levels”. As an Ondo indigene, he had called for a better Ondo State: he noted:

“I know that Ondo State can develop better and faster than it currently is – and to achieve this, a high level of consultation and planning to develop a road map is extremely necessary for the state’s progress. Ondo State people must choose those who would lead them wisely. The era of voting for the highest bidder must be a thing of the past. We should remember that if we collect money and vote in a heartless politician, we will collectively pay for our mistake”. For someone who is championing the course of the youth in his community through his foundation, he enumerated his real-life experiences.

“I believe that hard work, determination and consistency are the inseparable ingredients a man needs to be successful in life, and as a matter of fact, I usually share this belief with every person I come in contact with. I will urge our youths to imbibe the culture of hard work and dedication to duty”.