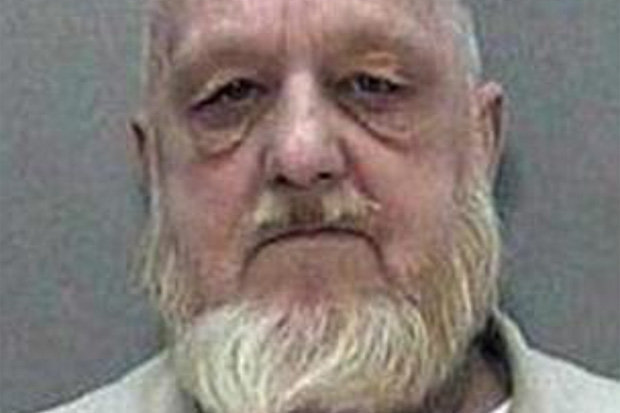 Joseph Metheny was a 62-year-old vile murderer who boasted of flogging human meat at a food stall.
The man has been found dead in his cell.
According to Daily Star UK, the lifeless body of evil Joseph Metheny, 62, was found by a prison guard in a Maryland, US, prison according to the Baltimore Sun.
It added the morbidly obese sicko had begged for the death penalty in 1998 for the murders of Kathy Spicer, 23, and Cathy Magaziner, 39, but was instead caged for life.
He also confessed to several other killings although murder cops could not find the bodies.
After pleading guilty Metheny told the court: “The words ‘I’m sorry’ will never come out, for they would be a lie.”
He added: “I am more than willing to give up my life for what I have done, to have God judge me and send me to hell for eternity.”
The cold-hearted killer, nicknamed ‘Tiny’, hunted women addicted to drugs and alcohol.
He told officers he lured Magaziner back to his home in a small trailer park outside Baltimore where he had sex with her before strangling her.
Her beheaded remains were later found in a shallow grave on the lot.
According to Mail Online Metheny confessed that he butchered his victim’s bodies and sold it on the roadside, branding it his “special meat”.
He added: “The next time you’re riding down the road and you happen to see an open pit beef stand that you’ve never seen before, make sure you think about this story before you take a bite of that sandwich.
“Sometimes you never know who you may be eating.”
Meet the Serial Notorious Killer Who Sold Human Meat at Roadside BBQ was last modified: August 9th, 2017 by Arinze Ago