Meet The New President Of Up Asso In LAGOS 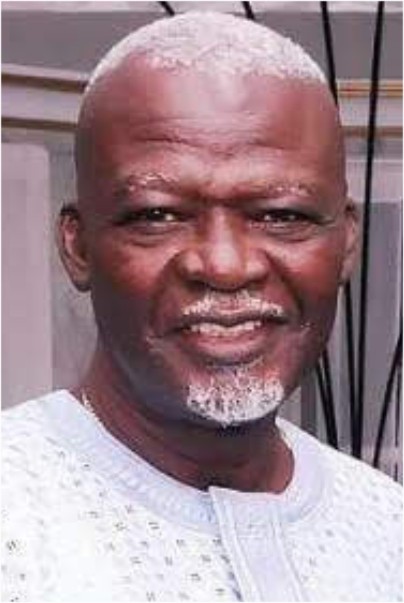 •The Story Of Dr. ADEDOKUN ADEDEJI

There is a popular non-political/economic social club in Lagos called Association of Friends (Up Asso). It is a 43-year-old club with membership cutting across the various states of Nigeria, religions and professions/vocations. It was founded formally in 1978 by 8 young gentlemen (as they then were) who are now commonly referred to as the founding fathers of the club.

The big news is that the club has just had its elections and a new Management Committee has just been elected with a Cairo-trained Medical Doctor, Dr. Adedokun Adedeji as the new President of this action-packed exco. Who is Doctor Adedeji?

City People Publisher, SEYE KEHINDE spent an evening with him last Wednesday at the clubhouse located at the Maryland area in Lagos. He spoke about how he joined the club.

Congratulations on your elections as the new President of Up Asso. How does it make you feel?

I feel happy. I thank God and I thank all the members of our great club, from the elders to every member. Contesting for the position of the club is a matter of your decision to put yourself forward to serve. And service to the club is also tantamount to service to the society because all the members of the club are members of society and therefore, I see it as one avenue where I am called upon to be able to give my widows mite, so to speak, to contribute some measure of upliftment to the society where I belong. To that extent, I am humbled by the fact that the club membership deemed it fit to elect me as the next president to run the affairs of the club. I thank them for that and I pledge my commitment to try my best to do the best I can to uplift the club and the society.

It’s usually a 2 year period for the 1st term and you could also go on for the 2nd term if so elected.

What are your plans for the club?

From the point of administration, it is important to take into account what direction the club that you are inheriting the leadership of, is being positioned and to probably do your best to continue to keep to the track and if there is a need, you want to moderate or improve or create some new avenue in terms of innovations and what have you. But more importantly, to contribute in such a way that there is a legacy that you inherit and there is a legacy you want to leave behind when you leave the office. It is from that point of leaving a legacy behind that I will want to pitch my tent, and that will include perhaps, an effort to bring in some innovations and perhaps to see whether there is anything worthy of change within the establishment of the club as well as to bring in new ideas, particularly ideas that could bring some measure of increased generation of funds because without funds you can’t run the club. And therefore, new ideas in entrepreneurship and perhaps encouragement of members, to contribute more into the finances of the club.

You have been a member for how long now?

I joined the club in 2005, but full membership came a little later. Incidentally, I had been a visitor to the club for upwards of 2 or 3 years, because the person who was bringing me along then, is late now. He was a member of this club, late Gbenga Osinowo. We were 3 friends made up Gbenga Osinowo, Sola Kukoyi & Myself. We used to go out together and Gbenga belonged to this club from the beginning. It was through him I came into this club. Incidentally, a number of the members of the club were people who we relate socially, outside of the club. So, it gave me a good feeling to be able to get into the midst of my own friends. At this point in time, I was still busy because I was in government. I was then the General Manager of the Lagos State Environmental Protection Agency (LASEPA), and I didn’t have the time to socialise in the club because you get to work at 8 o’clock in the morning and sometimes you don’t leave at about 11 pm at night. It is a very long stretch. It was difficult then to cut time out to do any socials in the club. By and large, on Saturdays or weekends when we had space, I will go out with Gbenga & Sola. We would come to the club here and relax. It was on one of those occasions when we came to the club that the Life Chairman of the Club, Otunba Sule Onabiyi was here and Gbenga Osinowo introduced me to the Chairman and the Chairman said you can’t be coming in as a visitor. Go and get a form and he asked the manager to give me a form and he endorsed me for membership of the club.

That was the beginning of my commitment to up Asso. Even though I was still in government then I would find time to come, I would find time to relate. When I left government, I had all the time in the world to socialise and divide my time to the usage of the club and usage of other clubs because I belong to other clubs. I am a member of Yoruba Tennis Club, Lagos Lawn Tennis Club & Eko Club. But the advantage that I have with Asso is that I live very close by. I live in Magodo. All the other clubs are on the Island. So it is always convenient for me, particularly now that you have enormous traffic situation in Lagos. Asso is so close to home that it will take me about 30 mins to 1 hour to get here, perhaps it will take me hours to get to Lagos Island if I decided to go to either Yoruba Tennis Club or Lagos Lawn Tennis Club.

To that extent, Asso has gotten a lot more of my presence in the last few years.

Meet The New President Of Up Asso In LAGOS was last modified: February 9th, 2021 by Seye Kehinde