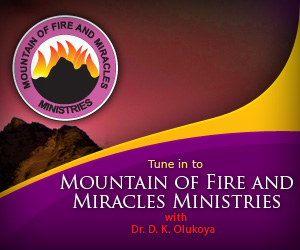 Do you know that MFM members don’t usually celebrate Xmas? Yes, they don’t. We can tell you that for free. What is the church’s policy? To regular members of the Mountain of Fire and Miracle Ministries, not celebrating Christmas in the church has become a norm But it is new to non members and the public.

It is a tradition that MFM church members do not celebrate it. Ofen, the General Overseer of the fire brand church, Pastor DK Olukoya, made it known that he does not believe in Christmas. In his words he said: “We don’t celebrate Christmas because its root is demonic”. The general overseer said this during the 2016 annual Power Must Change Hands anointing programme held at the church’s Prayer City along Lagos- Ibadan express way.

The MFM’s General Overseer emphasised it when he announced a deliverance programme slated for the Christmas day 25th of December.

He said, “There will be an end of the year weekend deliverance programme from the 23rd of December to the 25th December, the  Christmas Day, yes! In Mountain of Fire, we don’t celebrate Christmas because the root is demonic.”

Christmas celebration is what every Christian looks up to, but in MFM,it is not so. The General Overseer told his members that instead of them to take their children to Father Christmas, they should bring them to Father Blessing, saying that it is more worthy. Ever since the church was founded,members have not participated in any Christmas celebration and the General Overseer demonstrated his stance by giving out gifts to the children during the Christmas season.

This is often done in MFM as gifts are always shared at any special programme or during interaction services. A visit to MFM on Sunday during Christmas will be just as any other Sunday service except if there is a special programme as it was announced at the last Power Must Change Hands programme held at the Prayer City.

Why MFM Church Does Not Celebrate  XMAS! was last modified: December 25th, 2016 by Reporter

Todays Fashion: How To Change Your Office Look To Evening Look