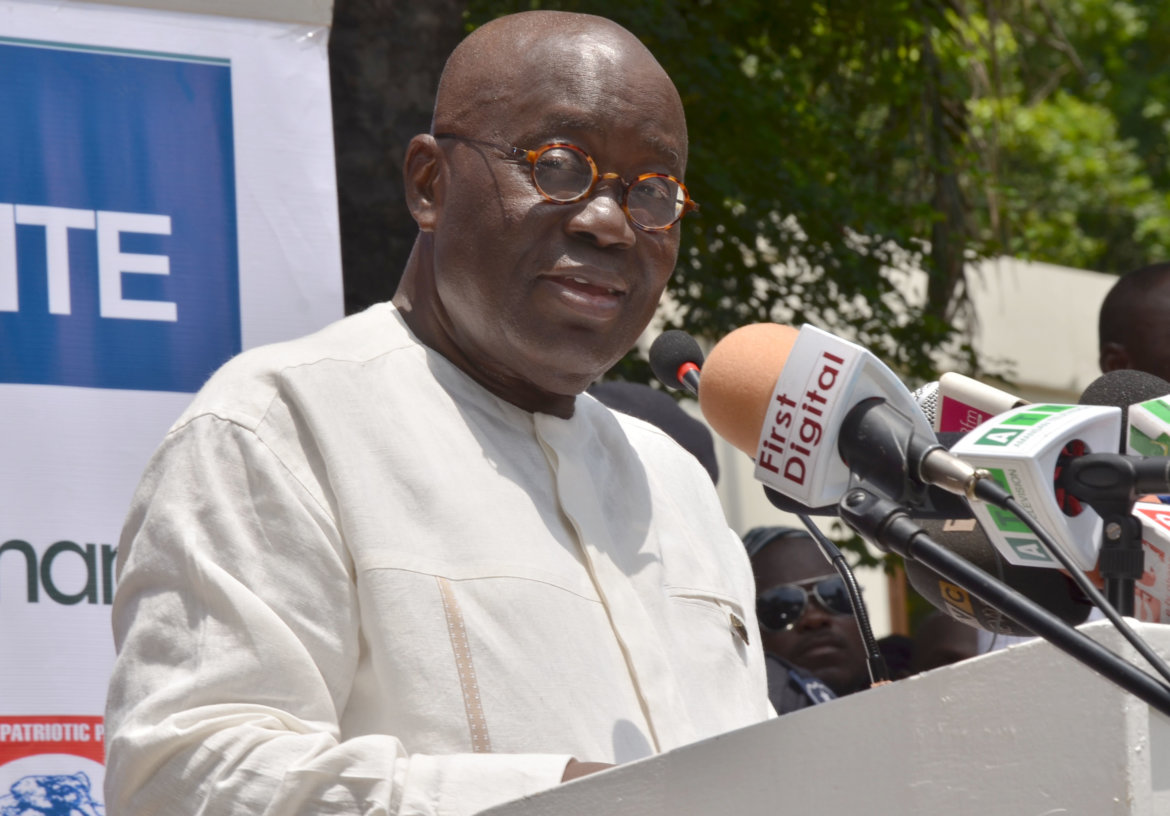 President Nana Akufo-Addo of Ghana said on Monday the country had run out of excuses for failing to end poverty and corruption, 60 years after it became the first in sub-Saharan Africa to win independence from colonial rule.

Akufo-Addo said Ghana must not sacrifice its environment as it pursues development, in an anniversary speech delivered in the capital where Kwame Nkrumah became the country’s founding president after Britain departed.

Akufo-Addo beat his predecessor John Mahama in December and his advisors say he must implement his election promises quickly to retain the support of voters who have ejected the government of the day three times since 2000. [L5N1GF3LG]

He has vowed to stabilize national finances, help create private sector jobs, cut taxes and promote development with a dam in every village and a factory in every district. Last month, he appointed a special prosecutor for corruption cases.

“The challenge before us is to build our economy and generate a prosperous … and dignified life for the mass of our people. Hard work, enterprise, creativity, discipline and a consistent and effective fight against corruption in public life will bring the transformation that we seek,” he said.

Ghana’s independence in 1957 was a milestone in the struggle against colonial rule under nations including France, Britain, Belgium, Portugal and the Netherlands, opening the floodgates to independence by most of the continent.

Nkrumah’s support for liberation across the continent and African unity inspired other leaders, some of whom thought his socialist vision of development could be a template for the rest of the continent.

But the economy floundered and Nkrumah was toppled in a 1966 coup that was followed by several others. Ghana has held six peaceful elections since 1992 but its leaders say the country of 27 million has yet to live up to its promise.

Ghana has avoided corruption scandals on a scale seen in Kenya and Nigeria but many voters say graft is a growing problem. Its per capita gross national income stood at $250 in 1966 and $1,480 in 2015, according to World Bank data.

No Excuse For Poverty In Ghana After 60 Years Of Independence – President Nana Akufo-Addo was last modified: March 7th, 2017 by Damilare Salami