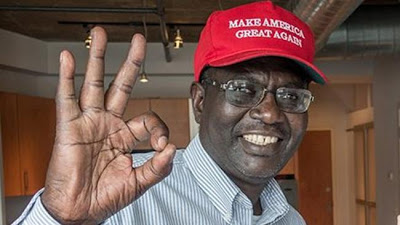 Ex-President Barack Obama’s half-brother has endorsed the move of new American President, Donald Trump saying his ban on Muslims is justified. He made this known in a tweet last night.

He said they have taken the new President to court, but they will come back running to him at the end when those ‘terrorists’.