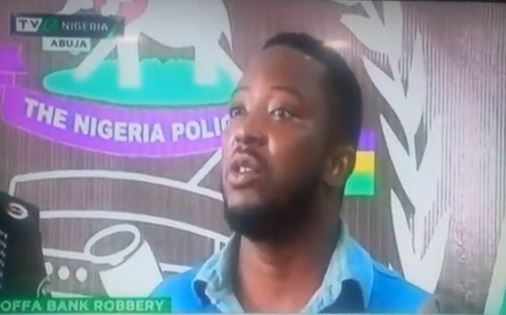 The Nigeria Police Force has revealed Senate President Bukola Saraki is still under investigation for allegedly arming thugs who orchestrated the Offa robbery that claimed 33 lives.

This was revealed by the Police Public Relations Officer, Mr Jimoh Moshood while speaking at a recent press conference during which some of the robbery suspects were paraded. Mr Moshood said the invitation of Saraki who has been asked to respond to allegations against him in writing hasn’t been withdrawn as reported in the media.

The leader of the robbery team, Ayodele Akinnibosun confessed his criminal gang took instructions from Saraki through a middle man and other figures close to him for privacy reasons.

He also revealed that he was part of the team which joined Saraki in paying a condolence visit to a traditional ruler, Olofa of Offa over the bloody aftermath of the bank robbery.

“I have a friend, he is a politician too. He is close to the senate president, Senator, Bukola Saraki. His name is Samsudeen Bada.

He was the one that called me though we have a political platform but I didn’t get to know he (Saraki) was there already; that he was going to pay a condolence visit to the Olofa of Offa.

“The senate president is not just a small person somebody can just say you want to go and see. If he wants to talk with us, he talks with us through his own political aides, his own people around him because he doesn’t have anything to do with us because of something like this (their arrest)” he said.

Mr. Moshood insisted that the criminal case against Saraki will not be swept under the carpet as they have a case that can stand the test of trial.

It would be recalled that Ayodele Akinnibosun claims to be the chairman of the Liberation Youths Movement in Kwara South.