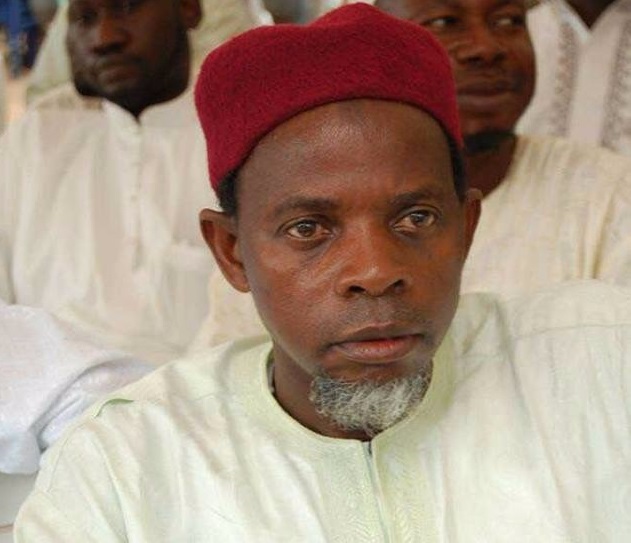 A new Chief Missioner of Nasrul-Lahi-L-Fatih Society, NASFAT has emerged. He is Imam Maruf Onike AbdulAzeez. The President of the Society, Engr. Kamil Yomi Bolarinwa announced the emergence of Alhaji Maruf Onike AbdulAzeez today at the Alausa weekly Asalatu of the Society in the presence of the members of the Board of Trustees that had in attendsnce Ogbeni Rauf Aregbesola, Governor, State of Osun, as well as members of other organs of the society and the entire congregation.

While congratulating the new Chief Missioner, the President informed the congregation that Alh. AbdulAzeez`s emergence is sequel to series of painstaking and rigorous interviews by both external and internal panels organized for the seven candidates (both from internal and external) that applied for the vacant position. He added that the Board of Trustees and the Council of Elders ratified the selection report based on the integrity of the panelists and transparency in the selection process.

Prior to this appointment, Alhaji Onike AbdulAzeez was the Acting Chief Missioner of the Society, a position he held for six months in line with the constitutional provision following the exit of the former Chief Missioner in April 2017.

Alh. AbdulAzeez is equally a certified trainer of Islamic Education Trust/Dawah Institute of Nigeria and posseses certificates in several courses at IET. He has also attended several both local and overseas courses such as Tony Blair Faith Foundation in empowerment and peace building refresher training course.

Alh. Onike AbdulAzeez is in his early 50`s and is married to Alhaja Sadiat Onike, the NASFAT Women`s Wing Dawah Officer.

Whom is difficult to study at school or at the institute?