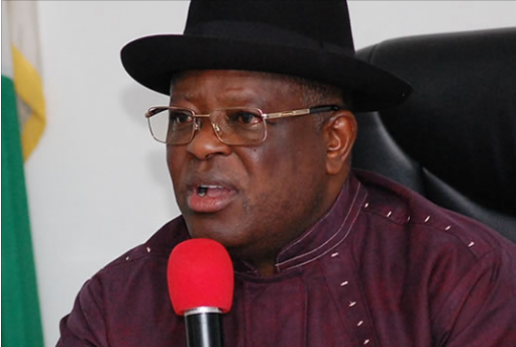 Umahi, a Peoples Democratic Party (PDP) governor, said he would also wish to go for a second term.

He said this on Thursday while addressing state house correspondents after a meeting with Buhari.

“Any first term governor would want to go for a second term. And if what you wish yourself, you should be honest enough to wish another person the same,” he said.

“Since Mr President is doing his first term and I am doing my first term, it’s my wish to re-contest and I will as well wish the president the same to re-contest.”

On the visit of Buhari to Ebonyi next week, Umahi said the people of the state are “fully prepared” to receive the president.

He said Buhari would commission some projects carried out by his administration during the visit, including roads and flyovers.

The governor said: “There are quite a lot of projects that we have executed within these past two and the half years. We have three numbers of twin flyovers that are built across the African Tran Sahara Road running from Enugu to Cameroon passing through Ebonyi state, so we have to build three twin flyovers to decongest traffic on that road, each of the twin flyovers is 700-metre length.

“We have completed two and the third one is 80 percent done, Mr President will commission the two. We also have a mall, what we call Ebonyi mall that is modelled after the famous Dubai mall.

“And we intend for the president to lay a foundation stone of that mall which we will like Mr President to commission within the next 12 months.”