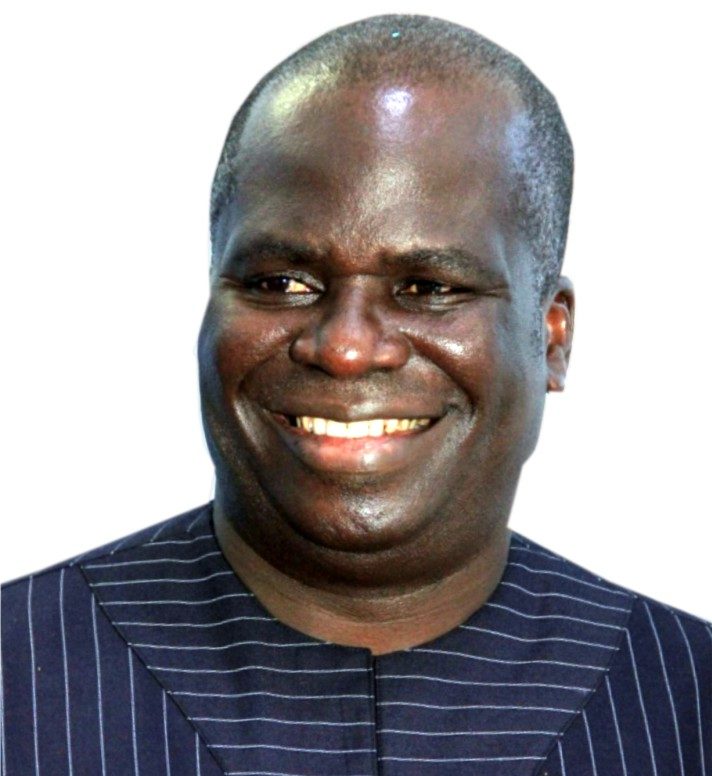 The Blue Roof at LTV Event Centre inside LTV premises at Agidingbi, Ikeja, Lagos came alive on Sunday 14th November, 2021 when the organisers of the Lagos State Man of The Year, (LASMAYA), officially decorated the Group Managing Director of Chemstar Paint Industry, Engr. (Dr.) Emmanuel Aderemi Awode  as he bags the 2021 Man of The Year ahead of 9 other contestants.

The official decoration was well attended by family, friends, and colleagues. Dr Awode successfully led the nomination with 6,122 votes ahead of the second on the list, Dr Obafemi Owoseni Omokungbe, who scored 1,387 votes.

Many great word-works have been done to eulogise the personality of the man that rose to the peak of his calling on self-belief, sagacity, decorum, vision and divinely mobilised workforce beyond human comprehension.

Speaking at the event, the convener of the LASMAYA Movement, Dr. Aderemi Ifaolepin Aderemi stated that the Award has been running since 2008 with credible integrity and nominees of great repute and commendable integrity. He noted that nominees were not contacted by phone but by letters, after which a release was publicised to get the public acquainted with the voting process.

He stated, “before we nominate anyone, we have spent no fewer than 3 years studying the person. We consider what the person has done and how he has impacted society. Nominees can come from various walks of life; from ICT, Property, Politics, and so on. We would have gathered records and facts from the person to know his integrity and moral credentials. Once we finalize the 10 names; we then send letters to them and place the information on major national dailies.”

“The nominees can canvass votes and make people send the text. It is one phone number per vote. And whoever is capable enough to mobilize for himself to get the highest vote wins.

For you to even get nominated means you are recognized as a personality who has impacted the state in various ways. He congratulated Dr Awode and stated that the public should see him as an example of true leadership whose impact has attracted the love of many.

The Recipients,  Dr. Emmanuel Aderemi Awode , reacting to the award, stated that it reveals how much he’s loved and adored by families, friends and loved ones. He added that despite the fact that he loves giving to those who need it, he is not the type that takes cameras along for selfies.

Interestingly this is the fact that it helps you determine your worth before the public, because like he said, they’ve been doing a background check on people. I want to thank those who voted for me. I want to also thank the center for their due diligence and research. They have been doing this for over 9 years, and they have not compromised standard because, after the nomination, they also went on newspaper to give a nationwide publication of the result. As a person and a company, we promise to deliver our best’, he said.

While the Blueroof was filled to the brim to celebrate the 2021 Lagos State Man Of The Year. It will shock you that his late father was also honoured the same day. Late Special Apostle Engr. Dr. Dickson Adekunle Awode was given a posthumous award for his many good works while he was alive and his son, Remi  Aderemi is following the same path as his father. The proud son had gone to the event with his aged mother to receive the award in honour of his late father who passed in 2019 at the age of 81.

All the Management of Chemstar Group, owners of Finecoat Paint dazzled at the award party to honour their boss, for his landmark achievement. They took turn to talk about their boss and how he has supported each staff member in many ways one can ever imagine.

Chemical dealers association came out en-masse to support their own.

Friends and families came out en masse to honour the awardee, from royal fathers, to professionals in the business and academic world, from childhood friends to church members the love shown to the awardee was endless.

Today, in the paint sector of the economy, Chemstar Group is a big firm that is doing well. It is a well-run company headed by a silent achiever called Apostle Remi Awode. He usually doesn’t make noise about his achievements. He does not court publicity. He does not grant interviews. He prefers his success story to speak for him.

Let’s tell you more about this easy-going businessman, who is very focused on his line of business.He has never been distracted. He knows what he wants and he goes for it.

Remi Awode started his primary education in 1969 at Ereko Methodist School, Lagos and had his secondary education at the prestigious Government College, Ikorodu, Lagos. In 1982, he gained admission into The Polytechnic, Ibadan to study Chemistry and graduated with a Higher National Diploma (Upper credit)

In 1989, Remi Awode joined Bato Chemical Laboratories, Lagos as a Chemical Analyst and later joined International Paints for West Africa Plc (IPWA) as a Paints Chemist. At IPWA, he spearheaded the production of Industrial coatings used in the maritime and automotive industries. Remi Awode fell in love with the manufacturing of paints and he resigned from IPWA in 1994 to start Chemstar Paint Industries (Nig.) Ltd. with the sole aim of manufacturing paints and allied products. The brands are FINECOAT, SHIELD and FINEDECO SPECIAL EFFECT Paints.

Remi Awode is a genius when it comes to business development and administration. He is the CHAIRMAN/Chief Executive Officer for Chemstar Group.

Chemstar Group’s businesses cut across Paint and Plastic products manufacturing, Agriculture, Trading, Haulage Services, Real Estates and Investments. He has set up companies not only in Nigeria but also in Ghana and South Africa. These include; CHEMSTAR INDUSTRIES GHANA LTD and SALES TALK 290 [Pty] SOUTH AFRICA LIMITED. Today, CHEMSTAR GROUP has engaged more than 1,000 Nigerians both within and outside the shores of Nigeria.

A few of the numerous awards received by Remi Awode are mentioned below:

(1.) Fellow, The Polytechnic Ibadan: He was the first alumnus to be so honored in the history of the institution for over 40 years of existence of the old citadel of learning. (2.) Fellow Institute of Chartered Chemists of Nigeria in 2012. (3.) Corporate Achiever Award, Economic Community of West African State (ECOWAS). (4.) The Distinguished Alumnus Award by the Faculty of Science of the prestigious The Polytechnics, Ibadan. (5.) Dr. Kwame Nkrumah Excellence in Enterprise Award in recognition of his track record of outstanding performance in enterprise. (6.) INRI Widows Foundation Distinguished Philanthropist in Socio-economic Development Award. (7.) Role Model Award, The Chemical Society of Nigeria [Lagos Chapter] (8.) Meritorious Award, The Ijamido Childrens’ Home, Ota, Ogun State.

Remi Awode’s CSR programmes are being done under REMI AWODE FOUNDATION (RAF). In 2007, a fully equipped fifty million naira (N50 million) Chemistry Laboratory was constructed and donated to The Polytechnic Ibadan. The laboratory, commissioned by the then Governor of Oyo State, Otunba [Dr.] Christopher Adebayo Alao-Akala on Friday, December 7, 2007. It was named after Dr. J. A. Adejumobi (the then Rector of the Polytechnic). Also, the Remi Awode Postgraduate School complex was donated to Joseph Ayo Babalola University in 2020.

Since its inception, RAF has been giving monthly allowances to widows, scholarships to orphans and underprivileged students in premium private universities within Nigeria and outside Nigeria. RAF has also carried out a series of empowerment programmes for more than 1,000 individuals since its inception. The latest was the empowerment of 250 individuals with the sum of N100,000 each in the year 2021. RAF has also sent more than 100 Christians to Holy Pilgrimage in Jerusalem.

Remi Awode’s objective is “to attain excellence in all that he does”.  You will agree with me that he has been keeping faith with his objective.