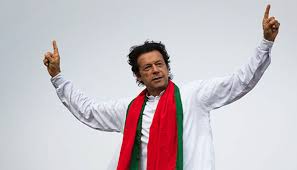 Pakistan’s newly-elected Prime Minister Imran Khan announced that he will not live in the lavish Prime Minister House which has 524 employees and 80 vehicles including 33 bulletproof cars.

In his first address to the nation on Sunday night after taking oath as prime minister, Khan also announced that he will auction all bulletproof cars except two which he will use on the advice
of security agencies.

“On one hand we don’t have money to spend on our people, and on the other our ruling class and several
other people living like lords. In such a situation, how can we progress,” Khan said.

The prime minister, in his 69-minute long televised speech, announced to form a task force to cut government expenses and promote austerity across the country.

He presented a roadmap of his government and promised wide-ranging reforms with a focus on safeguarding Pakistan’s resources and their redistribution from the rich to the disadvantaged.

Khan said that he will also promote small businesses and industries in the country.

The prime minister’s address was based on five-point agenda or course of work, including rule of law,
taxation, compassion, merit and education.

He said his government will ensure rule of law for everyone equally, merit system, promotion of honesty in the politics, government departments and people.

He promised to bring reforms in taxation system and urged the nation to give their due taxes honestly to help his government to fulfill its agenda for the welfare of common people.

Khan termed himself as the biggest enemy of corruption and corrupt people and said the government will
strengthen the anti-graft department by providing more funds and human resources.

He also announced to introduce reforms in the justice system, police, education, health, and tourism.

Water policy will be an important task for his government as he promised to build new water reservoirs
and promote modernization of irrigation system for farmers.

He presented his plan to provide jobs to unemployed people by initiating a project to build five million low-cost houses in the next five years of his government.

The cricketer-turned-politician expressed his wish to improve relations with neighbours.

Terrorism and extremism are the biggest threat to the country’s security, said Khan, vowing to implement the 20-point National Action Plan or anti-terrorism policy to ensure peace in the country.

The National Assembly, or the lower house of the parliament, elected Khan as prime minister week.

He had received 176 votes as against 96 votes secured by his only rival Shehbaz Sharif of the opposition Pakistan Muslim League-Nawaz.

Khan’s Pakistan Tehreek-e-Insaf, or Movement for Justice, emerged as the single largest party in the
July 25 parliamentary elections.

Tupac Shakur is alive and living in...