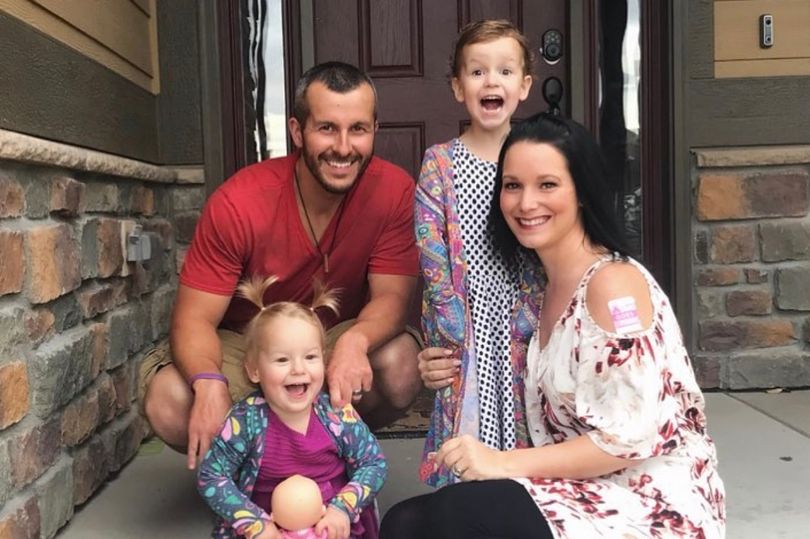 Chris Watts, 33, will appear in court today charged with murdering daughters Bella, four, and Celeste, three, and wife Shanann, who was 15-weeks pregnant with a baby boy.

Investigators are today set to reveal the reasons they believe a father murdered his pregnant wife and two daughters.

Chris Watts, 33, will appear in court today charged with murdering daughters Bella, four, and Celeste, three and wife Shanann, who was 15-weeks pregnant with a baby boy that they were going to name Nico.

Following his arrest on Wednesday his lawyer requested for DNA swabs to be taken from his dead daughters’ necks.

On Friday it was revealed the request had been refused, with a judge saying he ‘won’t tell experts how to do their job.’

Last week Watts sobbed on T.V as he pleaded for the return of the trio before allegedly confessing he had killed them – but the cause of their death has not been made officially public.

The bodies were found on the property of Anadarko Petroleum, one of Colorado’s largest oil and gas drillers where Watts worked.

Court documents filed by defence lawyer James Merson said the girls had been submerged in crude oil for four days.

His lawyers said the DNA would be tested by forensics expert Richard Eikelenboom, who worked on the JonBenet Ramsey trial.

But his lawyer Megan Ring said in a two-page filing to a court in Weld County, Colorado, that a ‘coroner, pathologist, or anyone working on behalf of the prosecution team in autopsy’ don’t plan to take swabs of the necks of the two girls.

Ring had asked that DNA expert Eikelenboom be allowed to do the testing, saying that they believed that DNA would remain on the necks of the girls ‘in spite of the fact that the remains were in oil for four days’ – revealing for the first time that the bodies were hidden on Monday.

Autopsies on the bodies were conducted Friday, although an official cause of death has not been announced – although it is believed the request from Watts’ defence team suggests they could have been strangled.

A body language expert who closely studied the recordings of the interviews said last week that they thought it was apparent that the ‘killer’ dad was lying.

Lillian Glass said  that Watts’ spoke too much and was giving out too much information.

He said at the time: “I have no inclination where they’re at right now.

“When I got home yesterday it was like a ghost town. She wasn’t here. The kids were here. I have no idea where they went.”

She said: “When somebody kills their own family and then they go on TV to say ‘But I didn’t have anything to do with it,’ that ability to be so very sure of your own interpersonal skills that you can attempt to fool a national and international audience is very unusual.