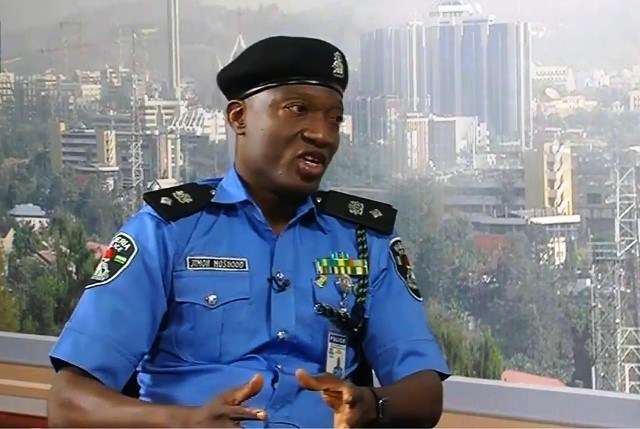 The Nigeria Police has denied the arrest and detention of PREMIUM TIMES journalist, Samuel Ogundipe ina first public statement on the case.

The Police spokesperson, Jimoh Moshood, rather than explain the unjust detention of the journalist amidst global calls for his release, said he is not aware of the details of the arrest.

Mr Moshood, who spoke when asked by a presenter on AIT programme, Kakaaki, however, said no Nigerian is beyond being arrested by the police when an investigation is being carried out.

“I am not aware of the details of the matter. But what I can say is that any Nigerian, whether a journalist or any member of the public can be invited by an investigating officer to come around so that he or she can clear themselves of any allegations against them. Since you are telling me now, I will find out exactly what is happening,” Mr Moshood said.

Mr Moshood’s claim of ignorance perhaps typifies the hypocrisy and incompetence within the Nigerian police. Not only have local and international rights organisations demanded Mr Ogundipe’s release, the hashtag #FreeSamuelOgundipe on Twitter has trended since Tuesday with many tweeting at the police. Despite these, the police spokesperson claimed he was not aware of the arrest.

The police, through the Special Anti-Robbery Squad (SARS), on Tuesday arrested and detained Mr Ogundipe, who covers the security sector for PREMIUM TIMES.

Apart from Mr Ogundipe, this newspaper’s editor-in-chief, Musikilu Mojeed, and its education correspondent, Azeezat Adedigba, were also briefly detained and manhandled by the police at the SARS headquarters in Abuja.

Ms Adedigba was later released after over three hours of detention.

Messrs Mojeed and Ogundipe were driven from the SARS headquarters in Abuja to the IGP Monitoring Unit at Force Headquarters where Mr Ogundipe was made to write a statement.

At the Force headquarters, a deputy commissioner of police, Sani Ahmadu, was heard directing lawyers to “rush to court” to obtain a warrant to detain Mr Ogundipe.

Mr Mojeed, thereafter, asked Mr Ahmadu if he was aware that asking a journalist to reveal his source of a story, is an embarrassment to Nigeria as global journalism standards dissuades such.

“I don’t care if I embarrass Nigeria or not. I have the right to keep him here and I will keep him until he reveals his source,” was the response the DCP gave.

Officials at the police headquarters told PREMIUM TIMES that the directive to detain the journalist came directly from the Inspector General of Police who is said to be angry at this newspaper’s critical reporting of his activities.

Many Nigerians, activists, lawyers and groups have called for the unconditional and immediate release of the reporter who is still in detention.