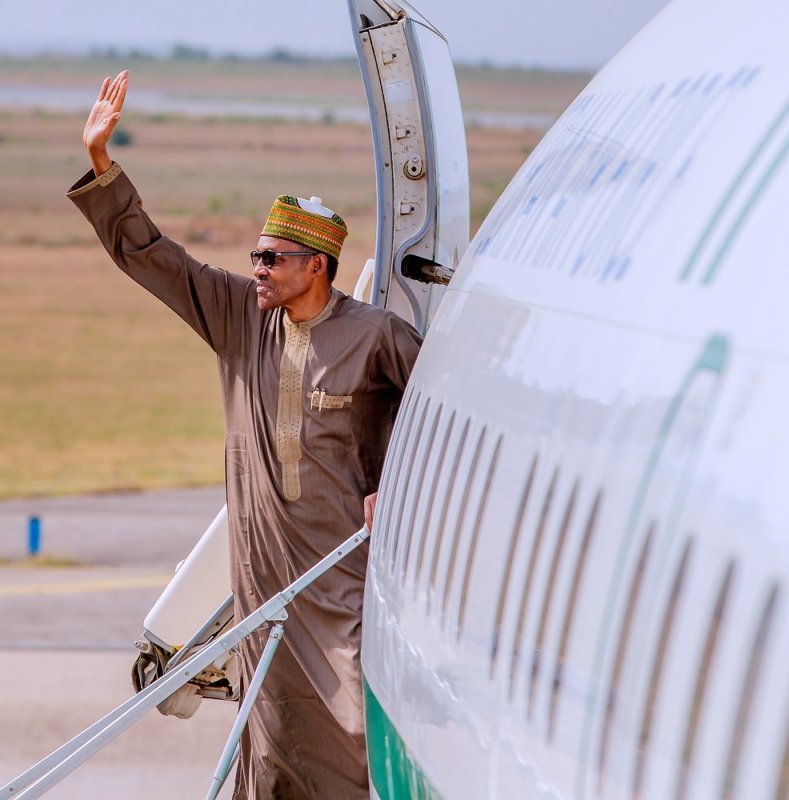 President Muhammadu Buhari will Friday travel to Equatorial Guinea for a gas summit, his spokesperson, Garba Shehu, has said.

Mr Shehu said leaders of other gas-producing countries will also be at the one-day summit.

“After the summit, President Buhari will head for Daura, Katsina State on a five-day official visit,” Mr Shehu said.

Apart from the Nigerian leader, the one-day meeting will be attended by leaders of major gas-producing nations of the world namely, Algeria, Egypt, Equatorial Guinea, Libya, Bolivia, Iran, Qatar, Russia, Trinidad and Tobago, United Arab Emirates, Venezuela, Kazakhstan and Norway, whose countries account for 70 per cent and 80 per cent of global gas reserves and production respectively.

The idea of the GECF was first mooted in 2001 when the First Ministerial Meeting held in Tehran, Iran, while the First GECF otherwise called Gas Summit, took place in Doha, Qatar in 2011 with Nigeria represented at the highest level.

Indeed, President Buhari had attended the Third Gas Summit in Tehran in November 2015. This Fifth Gas Summit in Malabo is the first time the biennial meeting will be hosted in Africa.

Recall that on November 19, 2019, President Buhari had received Mr Gabriel Mbega Obiang Lima, the Special Envoy of President Teodoro Obiang Nguema Mbasogo, who brought a special invitation to the Nigerian leader to attend the 5th Gas Summit as well as thanking Nigeria for her support towards the hosting.

During that visit, the president had noted that “Nigeria is more of a gas-producing rather than oil-producing country. That fact had long been established. If we had followed our plans laid out in the 1970s for the gas sector, we should have had 12 trains by early 1980s, instead of being on just six trains,” of exporting Liquefied Natural Gas (LNG).

Nigeria, being home to the largest proven natural gas reserves in Africa – over 202 trillion cubic feet (TCF) – and the ninth-largest in the world, the Malabo Summit provides a veritable platform for President Buhari to reaffirm Nigeria’s commitment to the broad objectives of the GECF which among others, seek to “support the sovereign rights of Member Countries over their natural gas resources and their ability to independently plan and manage the sustainable, efficient and environmentally-conscious development, use and conservation of natural gas resources for the benefit of their people.”

The Nigerian delegation will also use the opportunity to discuss current trends in the global gas market, potential policies for the energy sector and opportunities for collaboration.

At the end of the 5th Gas Summit, the Malabo Declaration is expected to be adopted.

After the Summit, President Buhari will head for Daura, Katsina State on a five-day official visit.

President Buhari To Leave For Equatorial Guinea Ahead of Gas Summit was last modified: November 28th, 2019 by Damilare Salami