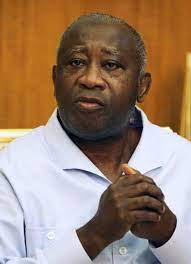 Ivory Coast’s President Alassane Ouattara has said his predecessor Laurent Gbagbo and his youth leader Charles Ble Goude are “free to return to Ivory Coast when they want” after they were definitively acquitted of crimes against humanity.

Ouattara’s remarks on Wednesday came a week after the International Criminal Court (ICC) upheld Gbagbo’s acquittal, with appeals judges finally cleared him  over a 2010 and 2011 wave of post-electoral violence in Ivory Coast.

Gbagbo has been living in Brussels under the ICC’s orders since his release from detention in 2019.  Last week’s ruling definitively clears him of four charges of crimes against humanity, including murder, persecution and rape committed during the conflict.