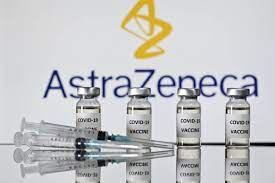 The European Medicines Agency has described the clots as “very rare” side effects. It said most of the cases reported have occurred in women under 60 within two weeks of Vaccination but based on the currently available evidence, it was not able to identify specific risk factors.

Experts reviewed several dozen cases that came mainly from Europe and the United Kingdom, where around 25 million people have received the AstraZeneca vaccine.

“The reported cases of unusual blood clotting following vaccination with the AstraZeneca vaccine should be listed as possible side effects of the vaccine,” said Emer Cooke, the agency’s executive director.

But it placed no new age restrictions on using the vaccine in people 18 and over, as some countries have done.