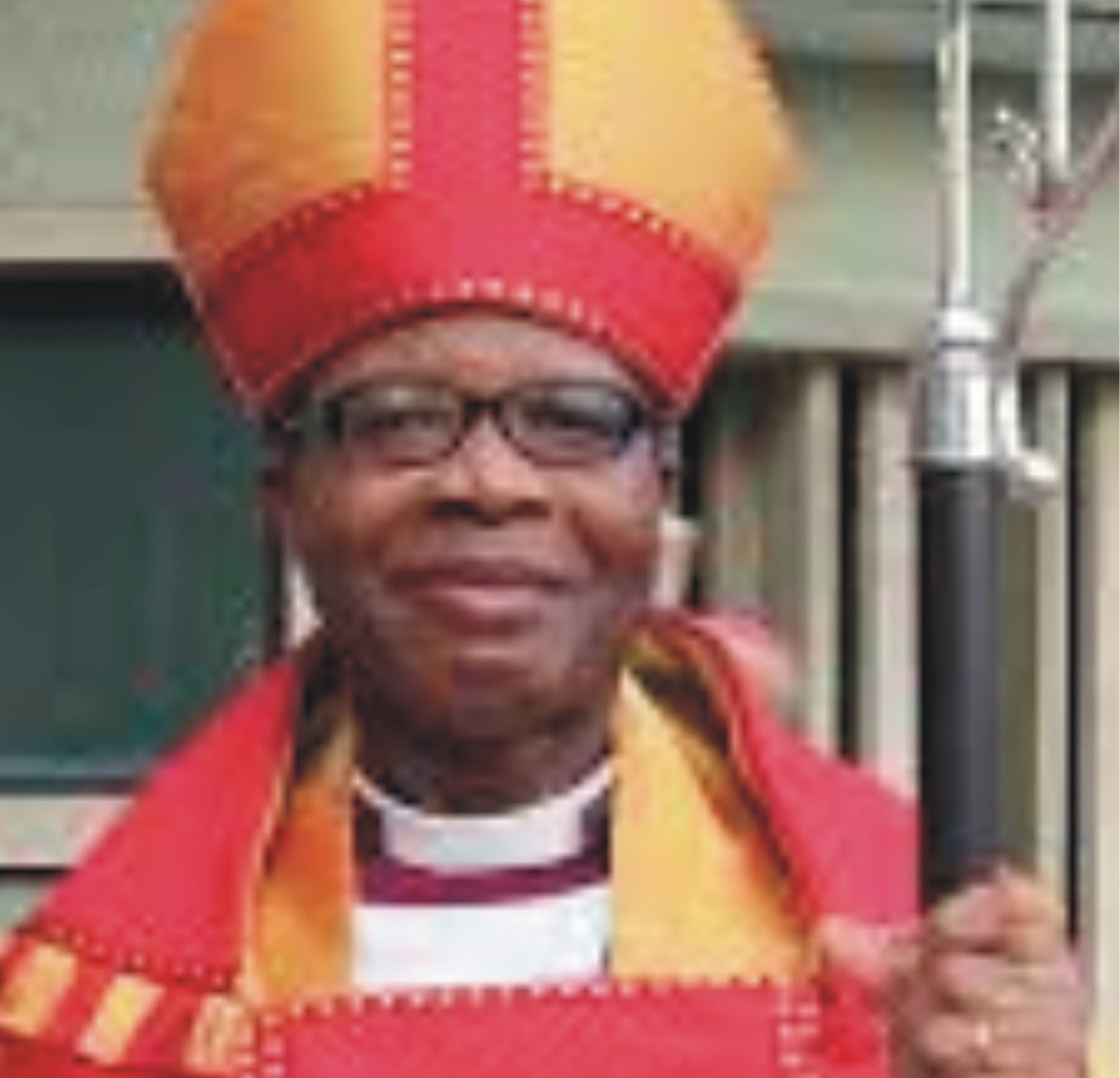 In the  previous story, we published details of the 4 page petition church elders of Cathedral Church of Christ Marina, Lagos wrote to the Primate of the Anglican Communion. The Most Rev’d Dr. Nicholas Okoh about their opposition to the election of Rt Revd Dr. Humphery Olumakaiye as the new Bishop of Lagos Diocese. In the petition the petitioners levelled some allegation against the most Revd Ademowo, who is the outgoing Bishop of Lagos Diocese.

The Primate asked Rev. Ademowo to respond and he did in a 6 page reply.

Below, is the response of the outgoing Bishop of the Lagos Diocese, Most Rev. Dr. Ademowo to the petition.

Archbishop, Metropolitan and Primate Of All Nigeria,

RE: ELECTION AND TRANSLATION OF THE RT. REV’D DR. HUMPHERY BAMISEBI OLUMAKAIYE AS THE NEW BISHOP OF LAGOS DIOCESE

This comes with our prayers, respect and best wishes. I thank you most sincerely for sharing with me the letter signed by 10 members of the Cathedral and the opportunity to respond to same. I will like to respond to the various allegations as follows: (1)  It was alleged that my period in the Diocese of Lagos was a disaster. I came to the Diocese and met the sum of one million, five hundred thousand naira only in the account with a salary bill of over 3 million naira per month for the clergy excluding other workers. I have by the grace of God, within the period of my Episcopacy been able to place the Diocese on strong financial footing.

(3) That I have promoted hate and division. The clergy of the Diocese of Lagos are more united than they have ever been. When I came they rarely related with one another. But by the grace of God, we have a policy now which promotes the motto of “for one is for all”. My clergy are a living witness to my ministry in promoting unity and harmony among them. It is on record that the monthly payment of clergy stipend has never exceeded 22nd day of the month in the last 18 years.

I also initiated interest free loans, after due process, to the clergy for the purchase of lands and development of their personal buildings in preparation for their retirement.

(4) They allege that they can’t tolerate my style. I honestly wonder who these “we” are. Who are they really representing? I am certain not the Cathedral or the Diocese of Lagos.

(6) That I collected the sum of two hundred million naira to build my retirement house. It is an established fact that houses are built for retiring Bishops as well as vehicles purchased for them by their Dioceses. I had started plans for my retirement before it came to the knowledge of the then Diocesan Chancellor, Honourable Justice George Adesola Oguntade who brought it to the knowledge of the Diocesan Board at a meeting held on 9th April, 2015 (item 32/02/DB 049- 049/001, 049/003, 049/004 and 049/005.). The Diocesan Board took a decision at the said meeting to support my retirement house with a total of two hundred million naira which was paid in various installments. I will like to bring to your notice that the Diocese of Lagos West built a house in Lagos for The Rt. Revd. Dr. Peter Adebiyi at a cost of over two hundred million naira in 2013, the Diocese of Lagos Mainland built and furnished a house for The Most Revd Prof. Adebayo Dada Akinde on retirement for over two hundred and fifty million naira for his services to the Diocese of Lagos Mainland for about ten years. I would have spent over 18 years as the Bishop of Lagos on retirement.

9) It was alleged that my wife paid off the debt of Sixty Seven million naira from the women’s and Girls” Organisations account. My wife and I have carefully planned for our retirement from the day we started our ministry. We had to break our investments immediately demand was made for the money which we had been made to believe was a Gift. All these were done for the furtherance of peace and brotherhood. This allegation is a total falsehood and stands the truth on its head.

(10) The Women of the Diocese of Lagos have played major roles in the growth of the Diocese. They bequeathed to the Diocese a conference centre at the Faith Plaza Bariga which was built from the scratch, at no cost to the Diocese of Lagos. Faith Plaza which used to be a refuse dumping ground before my arrival now consists of the 1000 sitting capacity Bethany Chapel, The Hope Building, a 98 room multi stories building, over 2000 sitting capacity hall, two units of 3 stories building used for staff accommodation, another three stories building used as the Modupe Oluwole Vocational Training Centre. My wife and I donated a building to mark our 40th wedding anniversary two years ago. They have built and donated to the Diocese Churches, some of which are; Anglican Church of Divine Providence, Adeba (land bought, Church, Vicarage and Hall buildings were built and fully furnished at no cost to the Diocese. A bus was also donated), All Saints Church, Okemagba (old and dilapidated Church of over 80 years) was pulled down and fully rebuilt with a modern vicarage and Church Hall.

(11) For your information and the records, the accounts of the Women of the Diocese is administered by 3 authorised signatories. Mrs. Elizabeth Ademowo, a graduate of accountancy, who was cited to be a signatory, joined the service of the Women’s and Girl’s organisations as a Spinster in 2002 and only got married to Mr. Gbola Ademowo in the year 2008. She is not one of the authorised signatories to any of the Women’s and Girl’s organisations accounts as cited.

(12) That a LEXUS Jeep (SUV) was bought for me for over Sixty-Five Million naira. It was proposed by the Diocesan Retirement and Enthronement Committee which was formerly known as Justice  Adesola Oguntade Committee, which was set up since 19th March, 2015 by the Diocesan Board. It was at the Diocesan Board meeting held on Thursday 15th February, 2018 that the purchase of a Lexus Jeep was approved. The total cost of the vehicle to the Diocese was Sixty million naira. The seller of the Vehicle, being a parishioner, having donated the sum of Five million naira towards the cost of the Vehicle. I like to bring to your notice the fact that the Diocese of Lagos west bought an SUV for The Rt. Revd Dr. Peter Adebiyi on retirement, Archbishop Vinning Memorial Church Cathedral, Ikeja, the ‘Women’s and Girl’s Organisations of the Diocese of Lagos West and the Ekiti State Government also bought him a vehicle each.

(13) On the Mission Seed Contributions in the Diocese of Lagos. This is an intervention fund that we created on our assumption of duty in the Diocese, to assist Dioceses and Churches that are not as privileged as we are. This was borne out of our conviction that it amounts to ingratitude to God to be indifferent to the suffering of others. This fund is collected from all the Churches in the Diocese and paid to the Diocesan account from where it is disbursed to various Dioceses and Churches in need, particularly in the Northern part of Nigeria to support the Church of Nigeria’s re-planting of Christianity effort in the area after the great harvoc done by Boko Haram Insurgents. The accounts of the Mission Seed are presented monthly at the Dignitaries’ meetings and at all Diocesan Board meetings.

(14) It was alleged that there is a plan to give me one hundred million naira parting gift and that the Diocese will spend 45 million naira for my send forth party. This is coming as news to me as it has not been discussed anywhere to my knowledge. There is no truth in this allegation. It is unfounded and baseless.

(15) It was alleged that I had inflicted agonies on the Diocese of Lagos and that I am a personal non grata therein. Nothing can be farther from the truth. I assure you that by God’s grace, the good people of Lagos Diocese with whom I have enjoyed wonderful relationship for these 18 years can attest to this.

Your Grace, I want to thank you most sincerely for all the support I have enjoyed from you and for your positive and dynamic leadership of our Church. May the Lord continue to bless your Primacy.

“Remember me with favour, my God, for all I have done for these people” Nehemiah 5:19

Yours in His Joyful and Glorious Service,