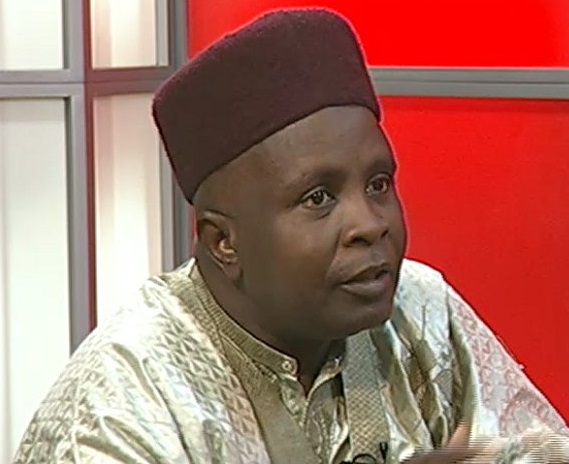 Mallam Naseer Kura is one of the newbreed politicians currently making waves in the country. He has been an activist all his life and a student union leader in those good old days when activism meant total commitment to great ideals. Right now, this fearless activist is one of those behind a formidable political group called the NIM (3rd force). He is the Deputy Director General of Nigeria International Movement, (NIM)  an emergent group of concerned Nigerians who formed the social movement, referred to as the 3rd force. They are different in terms of principles and practice, from the traditional and conventional politicians. They represent a breathe of fresh air. They  are a new generation of leaders of conscience, committed to enthroning inclusive democratic system and culture in Nigeria come 2019.

Mallam Kura was born and brought up in Kano. He also schooled in that ancient city.  He became the President of NANS in 1993. There after, he joined and worked with Olisa Agbakobas Civil Liberties Organization (CLO) in 1985 before he set up his own civil society group in Kano. He has paid his dues.

In a recent chat with City People Publisher, Seye Kehinde and Assistant Editor, Sunday Adigun, he revealed how APC as a political party lacks the programmes and capacity to resolve the problems they inherited and how NIM is determined to seek credible political platforms and candidates that will move Nigeria forward ahead 2019 election.

Could you please share with us why you and your colleagues formed the group NIM?

Our over 2 to 3 decades of involvement in national politics, particularly non partisan politics and the level of civil society organizations starting from our involvement in National Student Movement and Human Right and Pro-democracy agitations had played a major role in re-inventing and re-directing our interest in national politics vis-à-vis partisan politics which we had hitherto not been too keen about, having realized that it is only through partisan involvement that we can put in our best. We identified like minds, and sat down and came up with the idea of involving ourselves in partisan politics, but in a gradual process, and to the best of my knowledge, the best way to do that is to set up a special movement which we can get to be focusing on political development, that in itself at the initial stage attracted a lot of interest.

We started with the campaign poll, social re-engineering, the need for national rebirth. A lot of interest came on board and we were so overwhelmed by the interest shown by Nigerians from all walks of life who in one way of the other have become disenchanted with our present state of political development, that is what I would say has prompted us into coming with the idea of a movement, to provide a credible alternative, to give room for a paradigm shift interns of perspective to governance and also give the youth the opportunity to make their own contributions in national development.

It’s so sad that, for over 6 decades now, youth that about in one way or the other participated in Nigeria independence, you still find them playing the key role as grandfather now in our national politics. Sometimes some of them lament, while some of them celebrate because they have been able to manipulate the process in their own favour, that is part of challenge we have, that is what we need to change and make sure that we bring that to an end in our partisan politics.

Looking at the state of the country today, how do you feel?

It’s so sad, we think we are growing, meanwhile we are decreasing rather than increasing. We may be increasing in years of independence and political development but we are decreasing as the day goes by in-terms of leadership, security and politics and I think that is part of the reason why we challenge all and sundry, all Nigerians.

Irrespective of their background, ethnicity, religion and profession, we need to rescue our country. It is so sad. In a nation like ours that is so much endowed, we are battling with the basic things like job, food, security and I think it’s really a matter of serious concern to all those that consider national progress to be very important.

Four years down the line, APC government has yet to achieve concrete success, what is your analysis to why it is so?

The thing about it is that if you look at the APC, to be very honest with you, unlike the PDP, APC is being controlled by 2 people, ex-military man Buhari and political activist Tinubu, even at that, probably because they were so desperate to capture power, they had no programme on ground on how to go about managing power and that is simply what it means, otherwise for this numbers of years, with all the promises they’ve made, there is nothing to show that yes there is a programme of action that is meant to re-engineer, re-focus and get the country moving, so that is the first problem. Number two, the character involved, Buhari that we have as the president is a product of military rule. He not even understand anything about basic political leadership, as far as he’s concern he gives an instruction, and people must obey. Tinubu is an activist, he was so lucky he found himself in Government. Even outside government he was busy doing his business getting interest & share from Government in Lagos State, and other State governments that share same political platform with him.

The sad part is even at that they ought to have grown a programme of action that would be put to test, but unfortunately it all ended up in campaign slogan, even the restructuring they promised, the job they promised, we are yet to see anything and nothing is there to show for national development, rather they have even compounded our situation. Before now, it was just the issue of security, apart from that, because of their problem of lack of coherency in Governance the country has further been polarized either sectionally, regionally, or religious basics, you see a new trend has emerged, the trend of politics of hate and so many other things.

It’s very unfortunate and quite sad and that is why Activists, Concerned Nigerians came up with an alternative to fight APC and PDP that are destroying Nigeria.

Do you think this can make an impact?

Off course, but there are lots of challenges. The first one is to dislodge this 2 dominant political parties And that is not going to be easy. Number 2, we have no money. As an organization, as a movement, we don’t have money. our strength lies in our membership. As it is now it will be more suicidal for anybody now to task any member except for those that can afford to donate. So if we are now running an organization on the basis of donation we can not cope. There is no doubt they are going to use all the stolen money to campaign but for us, we will enjoy Goodwill and we are riding on our own credibility and the credibility of the politician that we think can drive the process, that is our strength. We will look up to that and give it a good trial to the best of our capacity. We will sought for credible political platform to see that we sell candidates that will have the interest of Nigeria in their heart and can move our country forward.