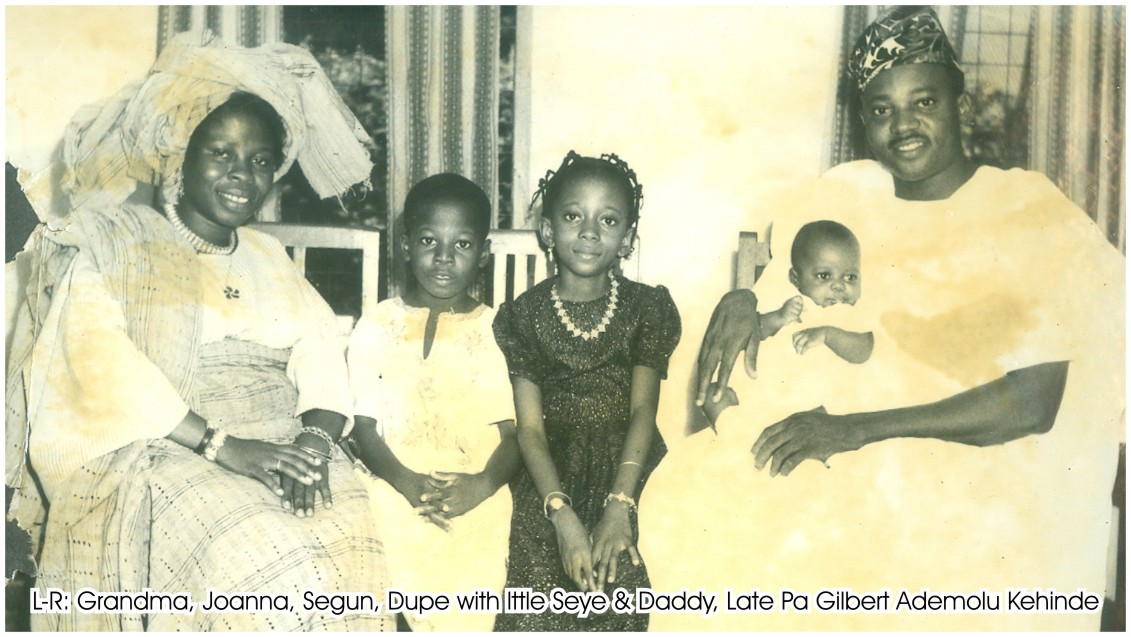 •How She Was Celebrated By Family And Friends

Last week, Wednesday 20th March, 2019, the family and friends of retired Ogun Civil Servant, Mama Joanna Ebun Kehinde celebrated with her, as she clocked 90 on that day. The birthday party which was lowkeyed, as a mark of respect for the celebrants wish, was held at the City People Event Centre, Gbagada, Lagos. It began with a Birthday thanksgiving which was handled by Rev Daramola, a Minister from the Methodist Church of Nigeria, Diocese of Ikeja, Opebi Circuit, Lagos. It was followed by a reception. Pastor Femi Emmanuel also attended the event. Music was by Juju Singer, Empress Seun Aransiola, who midway into the party had a joint performance with her boss, the AJUM President, Queen Ayo Balogun. There was a Special Appearance by Shola Allyson who sang 4 of her best numbers. Ace saxophonist, Segun Oluwayomi thrilled guests before and during the Birthday Thanksgiving. MC Jimmy Jairo anchored the reception.

Until she retired about 30 years ago, Mama was a top Civil Servant in Ogun State and served as a Social welfare worker. Her main area of concentration was Women and Children. That in fact summarises the story of her life Mama, Mrs Joanna Ebun Kehinde (nee Jaiyesimi) was born on March 20, 1929, late Pa Phillips Adesanya Jaiyesimi and late Madam Abigail Jaiyesimi (nee Ogunyemi) both from Isara Remo, Ogun State. The first of 5 siblings, Mummy followed her uncle late Pa Adebayo Jaiyesimi to Osogbo where she started her primary education at Methodist Primary School, Osogbo and later went to the United Missionary College, Ibadan for a Teacher Training Course from 1947-1949.

Mummy was appointed into the Teaching Service in 1945 and she taught at the Methodist Church School, Otepete in Ilesha from 1945-1946, Methodist School, Offa, Ilorin from 1950-1951. Home Craft Centre, Afon, via Ilorin Methodist Circuit in 1952 and the Methodist Girls Secondary Modern School, Sagamu from 1953-1954. Mama got married to her hearthrob, late Gilbert Ademolu Kehinde (Pa Gilly) in 1957 and she relocated to Ibadan to live with him. Mummy taught at Methodist School Agodu, Ibadan from 1957-1959, Mummy then left Nigeria to further her studies abroad. She went for a 3-year Teachers Diploma Course at Bath College of Domestic Science, Bath, England, from 1959-1962 and later for a Certificate in Education Course at the University of Bristol.

Mummy took delight in taking adequate care of her children and those of the extended family. Her home was always a beehive of activities. A strict disciplinarian and a devoted Christian, Mama takes active role in the church activities and is a member of the YWCA of Agbemi Methodist Church, Ibadan.

To God be the glory, all her children have excelled in their various fields. What more can a woman ask for at 90? This woman has a basketful of blessings and is sure surprised at what God has done for her, talk of the endless favours. Like the Psalmist say concerning the virtuous woman, “That her children call her Blessed”, Mummy, we say that you are blessed and highly favoured of the Lord continue to be a blessing to us all and Happy Birthday.