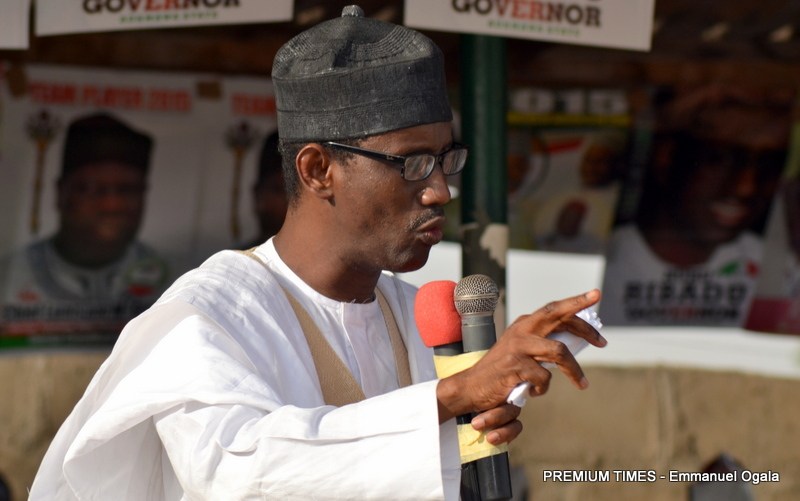 Mallam Nuhu Ribadu, one of the three who contested for the governorship ticket of the All Progressives Congress (APC) in Adamawa State in October, has handed over his campaign offices, vehicles and other items in his campaign structure for the reelection campaign of President Muhammadu Buhari.

Ribadu who lost the Adamawa APC governorship ticket to incumbent Governor Mohammed Jibrilla Bindow, announced the turning over of his campaign structure Monday afternoon at his Yola campaign office which has been re-branded as Buhari/Osinbanjo for Continuity 2019.

He similarly unveiled 10 Siena cars similarly branded, which he said were cars donated for his own campaign but which would now be used for a ward-to-ward campaign for Buhari’s reelection.

Ribadu who currently holds the position of Director of Field Operations in the Buhari Campaign Organisation, said the Buhari government in the past three and half years has ushered in desirable change that has earned him a repeat performance through a second term.

“We have seen what is fair and what is just in the Buhari government and we will work hard to ensure the continuation of such quality leadership. We have never had it so good,” he said.

Ribadu said Adamawa as a state has benefitted greatly from Buhari’s federal government in many ways, and citing issue of road construction, he said, “Roads that were abandoned for decades are being constructed. At least 10 local government areas are being linked with federal roads in Adamawa State.”