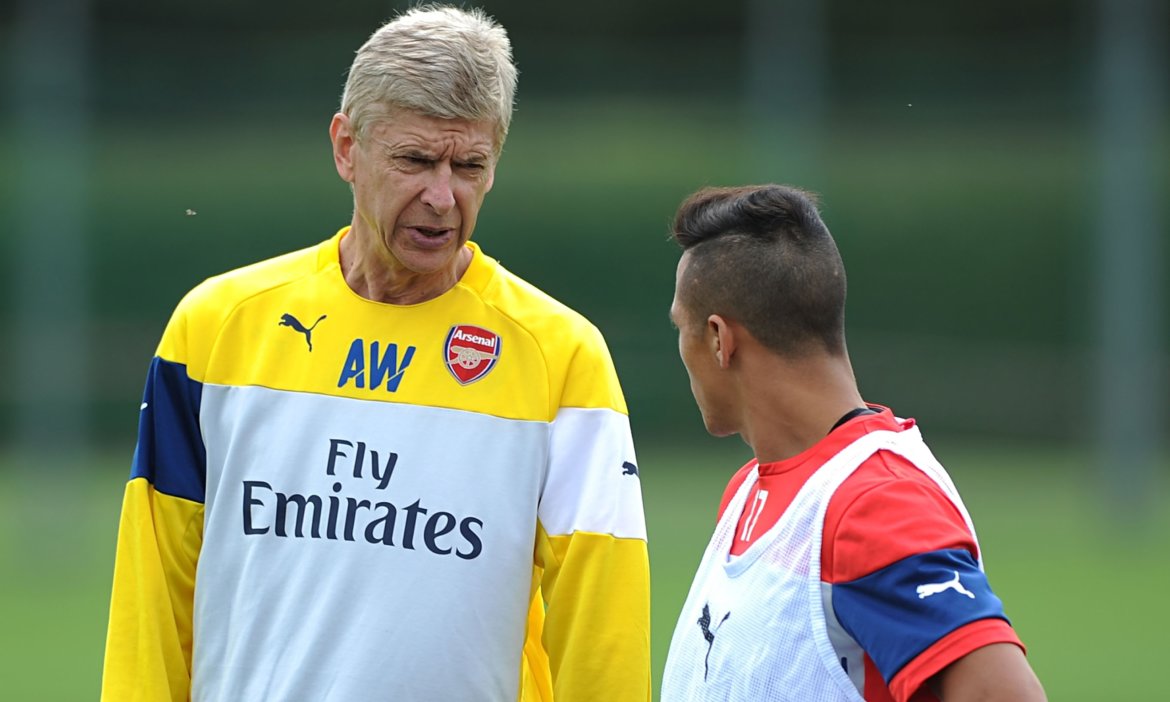 Arsenal manager Arsene Wenger has denied reports of a training ground row between Alexis Sanchez and his team-mates are “completely false”.
Sanchez is believed to have had an angry exchange with fellow players after leaving training mid-session prior to Saturday’s loss at Liverpool.
He was confronted by team-mates on their return to the changing room as tempers flared.
“I’m not aware, nothing happened,” said Wenger.
Sanchez was left out of the starting line-up at Anfield but came on and set up a goal for his side in the second half as Arsenal lost 3-1.
“I explained after the game I decided to go for a more direct option – that was the unique reason for my decision,” said Wenger.
“He is a committed player and sometimes with excessive behaviours but you have had that many times in the history of every squad.”
Wenger was speaking before the second leg of his side’s Champions League last-16 tie on Tuesday at home to Bayern Munich, who lead 5-1.
Asked about his relationship with the 28-year-old, the Frenchman said: “Honest and normal like with every single player.”
Sanchez took a full part in Arsenal’s training session before the game.
After training a picture was posted on Sanchez’s Instagram page with the message: “The true warrior fights not because he hates the ones in front of him, but because he loves those behind him. Let’s go Gunners. ‘The only failure is not trying.'”
Sanchez has been directly involved in 26 goals in his 26 league games this season, scoring 17 and assisting nine.
Former Arsenal striker Ian Wright said he would “probably want to leave” the club if he were in the Chile international’s position.
But Wenger said: “Alexis Sanchez has 15 months on his contract so the decision will depend on Arsenal Football Club, not on anyone else.”