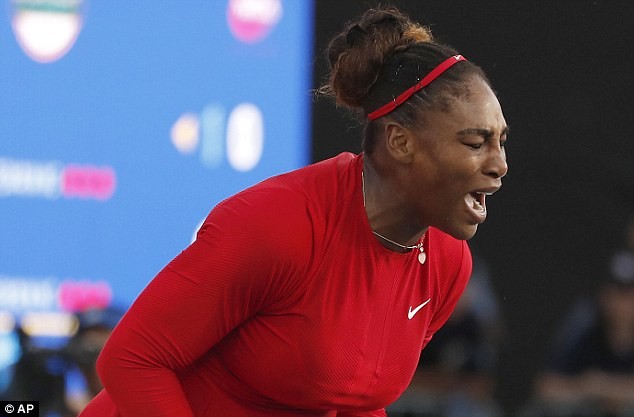 Serena Willaims is still yet to hit top form since welcoming her first child in September 2017.

The Twenty-three time major champion suffered the worst loss of her  career on Tuesday, falling 6-1 6-0 to Britain’s Johanna Konta in the first round of the Silicon Valley Classic at the San Jose State University.

The 36-year-old committed 25 unforced errors to Konta’s nine and managed to put just 41 percent of her first serves into play in front of 3,000 crowds.

Konta, 27, who made sure she controled the tempo of the match, fired six aces and smacking 17 winners to Williams’ nine to win the clash. 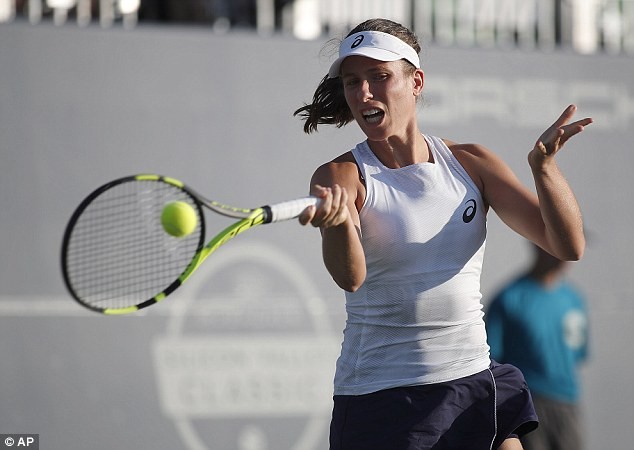 During her post-match interview, Konta said of Serena, ‘She obviously wasn’t playing at her best level, nowhere near it, and I really just tried to play the match on my terms,’ said Konta, who won the tournament two years ago.

‘I tried to put aside the incredible champion she is and just play the player of the day,’ she said. 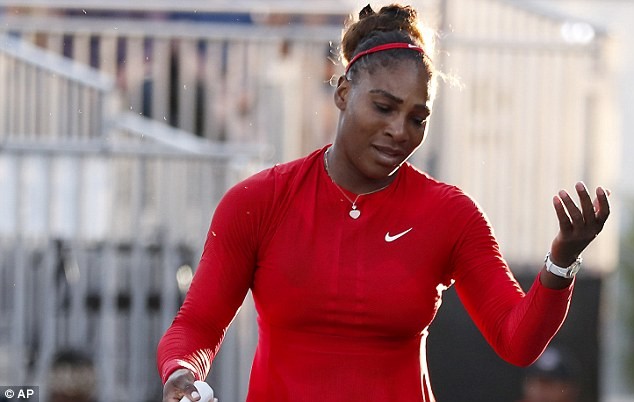 ‘I felt I did better than her on the day but it’s still a humbling experience to be out here with her.’

Also speaking after the game, Serena said: ‘I think she played well in the second set and I think I wasn’t sharp at all in the first set and she got confident and she clearly ran away with it,’

The American tennis champ will be looking to bounce back when she competes in the Cincinnati Open next month.