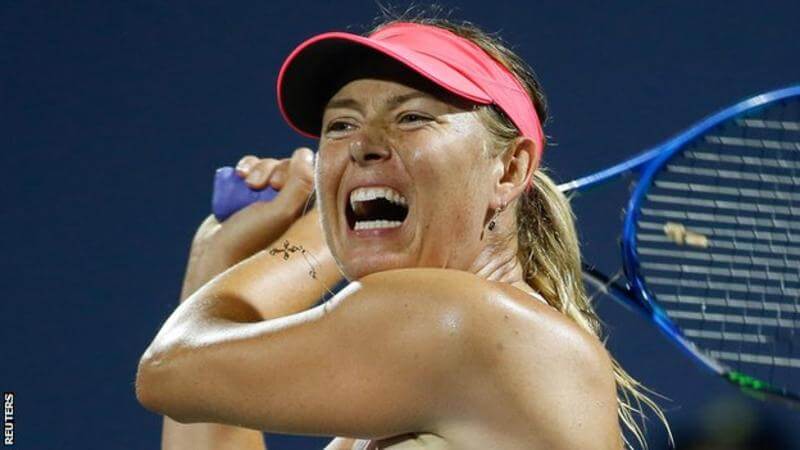 Former world number one female tennis player, Maria Sharapova beat Jennifer Brady 6-1 4-6 6-0 as she returned from injury at Stanford’s Bank of the West Classic.
Sharapova, who returned in April after a 15-month doping ban, had been out with a thigh problem since 16 May.
The 30-year-old, given a wildcard to play in the United States for the first time since March 2015, was given a testing time in the first round.
“I feel like I just want to hug everyone and say thank you,” said Sharapova, ranked 171st in the world.
“It’s my first match in the States in a really long time, and it’s the closest thing to home for me.”
Sharapova was denied a wildcard for the French Open earlier this year, and was unable to take part in qualifying for Wimbledon because of injury.
Having missed the entire grass-court season, the five-time Grand Slam champion will not gain direct entry into the US Open, which starts on 28 August.
She will be eligible for qualifying but will need a wildcard from the United States Tennis Association if she is to automatically make the main draw.
Monday’s match against American Brady lasted two hours and two minutes, and Sharapova will play Ukrainian Lesia Tsurenko in the second round.
“I feel like I face a lot of things: not competing for a long time, an opponent who’s able to play some great tennis,” said Sharapova.
“I feel like I’m playing catch-up against everyone who’s had a head start.
“All that matters is that I keep playing. As long as I’m the one winning the last point, I get to play another match, and another.
“The more I play, the better I’ll do. That’s the goal.”