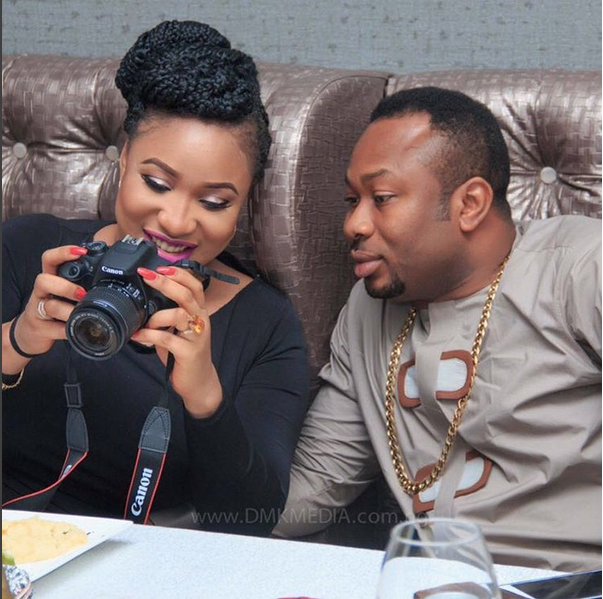 Popular Nigerian actress, Tonto Dikeh has released a three-part video where she narrated mind-boggling details of her controversial breakup with Olakunle Churchill, her ex-husband.

Dubbed ‘The Evidence’, the gifted movie star is seen in one of the videos making provocative claims about the father of her son; some of which she said eventually prompted her split from Churchill.

Asides details of how the duo met in a night club following a traumatizing experience on the actress’ part in 2013, Tontoh Dikeh alleged that her previously romance-filled relationship with Churchill took a sour turn when her suspicions about him being into internet fraud and rituals were confirmed.

“After my son’s birth, I had been suspecting that he was into Yahoo. Before I came back to Nigeria, I had already begun to suspect but the only thing that made me confirm was the night that he wasn’t supposed to be home and I slept early because of my son,” she narrated.

“I heard some noise in his room because he’s in the penthouse and my room is under. I opened up this room and saw a full-grown man wearing a red cloth in his waist with red candles everywhere around him with a laptop in his hands.”

Tonto Dikeh backed her claims in the explicit series with videos; pictures; documents and private conversations with her ex-husband.

She also challenged him to seek the service of forensic experts to discredit the authenticity of the evidence she has brought against him.

“I’m a mother dangerously in love with her son. The reason I’m doing this is that I want my son to grow up and listen to my own side of the story. I’ll like to clear up all the lies and allegations once and for all,” she said.

“My son’s father has been pushing me to do a lot of irrational things online that is not me, because of the things he’s doing behind the scene. He’s granting interviews every two weeks on paper; TV; and radio stations, all on me and they are all lies I’m here to clear. I’m not going down history as a liar, no, I’m not.”