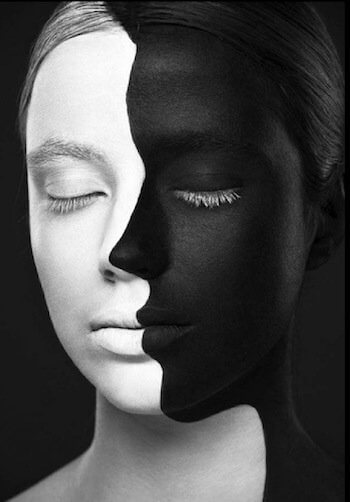 Do you know someone whose behavior just does not seem right to you and you wonder why they act the way they do? Is one of your friends, lover, co-workers, sisters, and brothers always feel suspicious of other people for no apparent reasons? Have you come across someone who is an attention seeker and cries about every little thing for no reasons? Has one of your friends, sisters, brothers, lover, co-workers told you they sometimes have suicidal thoughts? If you answer yes to any of these questions, then this is for you.

Personality is a characteristic set of traits, behavior types, and patterns that make up our character or individuality. How we see the world, our mindsets, thoughts, and feelings are all part of our personality. Individuals with healthy personalities can cope with normal stresses and have no trouble creating relationships with family, friends, lovers, and co-workers.

WHAT IS PERSONALITY DISORDER?
An individual with a personality disorder has a significant problem working with other people.
They are sometimes unbending, and powerless to react to the changes and demands of life. They believe that their behavior patterns are normal or right, people with personality disorders are prone to have a constricted view of the world and find it difficult to engage in social activities such as going to the movies, parties, swimming, hanging out with friends, etc.

CAUSES
Several specialists believe that incidents that happened in early childhood play a significant impact on conduct eventually in life. Others suggest that people are genetically susceptible to personality disorders. However, in some cases, environmental evidence may be the causes a person who is already genetically likely to develop a personality disorder.

TYPES CLUSTER A-
Odd or Eccentric Behavior
• Schizoid Personality Disorder. Schizoid personalities are introverted, unsociable, lonely, emotionally cold, and aloof. They are often engaged with their “2 thoughts and feelings and are afraid of friendship and closeness with others. For instance, a person suffering from schizoid personality is more of a person that likes to fantasize than a practical action taker and seems uncaring to praise or criticism from others.

• Paranoid Personality Disorder. An individual suffering from this type of personality disorder is translating the actions of others as intentional or belittling. A person with paranoid personality disorder are untrusting, unforgiving, and are likely to get angry or have aggressive flare-ups without explanation because they see others as unfaithful, disloyal, superior or untrustworthy. This person may also be jealous of others, secretive, and devious, and may appear to be emotionally
“cold” or unreasonably serious.

They are also very unwilling to confide in others or become close to them.
• Schizotypal Personality Disorder. A pattern of abnormalities best defines those with a schizotypal personality disorder.
The person may have odd or unconventional manners of speaking or dressing. Strange, eccentric or paranoid beliefs and thoughts are common. People with schizotypal personality disorder have difficulties establishing relationships and an episode of extreme anxiety in social settings. They may react unsuitably or not respond at all during a conversation, or they may talk to themselves. They also demonstrate signs of “magical thinking” by saying they can see into the future or read other people’s
minds.
CLUSTER B-
Dramatic, Emotional or Erratic behavior
• Antisocial Personality Disorder. People with antisocial personality disorder typically act out their disagreements and disregard standard rules of social behavior. These people are careless, irresponsible, and heartless. Usually, the antisocial personality has a history of legal problems, argumentative and reckless conduct, aggressive and even violent relationships. They display no respect for other people and feel no regret about the consequences of their action on others.
These individual are at higher risk of drug and alcohol abuse since it helps them to alleviate tension, irritability, and boredom.

• Borderline Personality Disorder. The individual suffering from a borderline personality disorder is unbalanced in some areas, including interpersonal relationships, behavior, mood, and self-esteem. They are prone to having sudden, and intense mood changes, violent interpersonal relationships, unpredictable and variable self-esteem, erratic and self- damaging actions are some of the characteristics of the individuals with borderline personality disorder.
These people commonly have extreme difficulty with their sense of identity. They frequently experience the world in extremes, observing others as either all good or all bad. A person with borderline personality may form a deep personal friendship with someone only to rapidly break up over a perceived insult.

Concern over neglect may cause an extreme dependency on others. Self-injury or constant suicidal signs may be used to get attention or control others. Careless actions, persistent feelings of boredom or desertness, and arguments of intense unsuitable anger are other traits of this disorder, which is more frequent among women.

• Narcissistic Personality Disorder. Those with narcissistic personality disorder have an inflated sense of arrogance, are engaged by illusions of unlimited success, and seek continuous attention. The narcissistic personality is hypersensitive to failure and subject to intense mood swings between self-importance and self-doubt, these people tend to take advantages of their interpersonal relationships.

CLUSTER C
Anxious or Fearful Behavior Avoidant Personality Disorder. Avoidant personalities are often oversensitive to rejection and are reluctant to become engaged with others except they are confident of being adored. Unnecessary social worry, shyness, concern of criticism, escaping from social or work activities that include interpersonal contact are an attribute of the avoidant personality.

They are afraid of saying something believed foolish by others and fear they will cry in front of others and will feel very offended by any condemnation by others. People with an avoidant personality disorder may have no close rapports outside of their family circle. However, they would like to and are disappointed at their inability to interact positively with others.

Dependent Personality Disorder. People with a dependent personality disorder may show a pattern of reliant and obedient behavior, trusting on others to make choices for them. They expect additional reassurance and advice and are quickly hurt by criticism or condemnation. They feel uneasy and helpless if they are alone, and can be destroyed when a close relationship ends. They have an intense fear of abandonment.

Usually inadequate in self-confidence, the dependent personality hardly begins projects or does things individually. This illness usually starts by early adulthood and is diagnosed more often in women than men.

Obsessive-Compulsive Personality Disorder. People with compulsive personalities are careful and have high levels of ambition, but they also work toward perfection.

Never satisfied with their successes, people with compulsive personality disorder take on more and more tasks. They are reliable, dependable and orderly, but their stubbornness often makes them unable to adapt to changed situations. People with compulsive personality are incredibly cautious, weigh all sides of a problem, and pay attention to every point, making it hard for them to make judgments and finish tasks.

When their feelings are not under harsh control, events are changeable, or they must depend on others, compulsive personalities frequently feel a sense of loneliness and helplessness. (This is NOT the same as obsessive-compulsive disorder).

MANAGEMENT AND TREATMENT
When these features are taken to an extreme, persist for a long time, and interfere with daily activities such as school, work, and socializing, it is recommended for the individual or their family to seek a diagnostic assessment with a qualified physician or mental health professional.

There are various types of help to treat and manage many personality disorders.
Treatment may involve individual, group, or family psychotherapy. Several medications can be prescribed by doctors that may assist in alleviating several signs of personality disorders. The term personality disorder has often been used in a judgemental sense as a diagnosis of exclusion which puts a label to people who are view as problematic to help and probably untreatable.

For instance, psychotherapy for patients with personality disorders centers on assisting the individual to see the unconscious clashes that are adding to or triggering their symptoms. Moreover, It supports people to become more flexible and is intended to reduce the behavior patterns that affect everyday well-being. Nigeria still has a long way to go in providing treatment for a mental disorder which put those who have a mental illness at higher risk of not being treated or making their condition to escalate.

Psychotherapy, assist people with personality disorders to better understand the consequences of their behavior on others. Behavior and cognitive therapies focus on resolving symptoms or traits that are characteristic of the disease, such as being unable to make important life decisions or the failure to begin relationships.

There are no medications precisely to treat personality disorders. However, drug, such as antidepressants, anti-anxiety medication or mood stabilizing medication, may be useful in treating some symptoms. More severe or long-lasting symptoms may involve a team approach requiring a doctor, a psychiatrist, a psychologist, social worker and family members.

The more knowledge we have about personality disorders, the more we can understand that they are illnesses, with causes and treatments. People can improve with proper care. By gaining knowledge and awareness, we can identify the signs and symptoms of a personality disorder and help those with mental health issues lives a healthier more fulfilling life. Again, I stress that government should get involved in providing funding, training, awareness, and education on mental health problems.

No one should be living in darkness about mental health issues. It is not only occurring in the western world as some believed, but it is also becoming apparent in Nigeria with lack of medical preparation to deal with the problems. Nigerian citizens and government should yield toward inclusiveness rather than exclusiveness of those living with mental health issues.

It is vital that the Nigerian citizens including the politician pull themselves together and develop unique activities, special education schools, and workshops to support those affected by mental illness. I urge everyone to yield away from the myth that mental health illness is contagious and when bitten by someone with a mental health problem they will be affected. This notion is entirely not valid and has never been proven to be correct. Mental illness issues is a combination of environmental factors such as poverty, stress, abuse, neglect and genetic factors. Childhood abuse such as physical, emotional, and mental can lead to personality disorders.

About A Strange Ailment Many Suffer From In NIGERIA was last modified: March 5th, 2018 by Nimota Raji-Gambari