Home Media Thanks To Forbes, We Now Know The Richest King In Nigeria — See His Net Worth
Media

Thanks To Forbes, We Now Know The Richest King In Nigeria — See His Net Worth 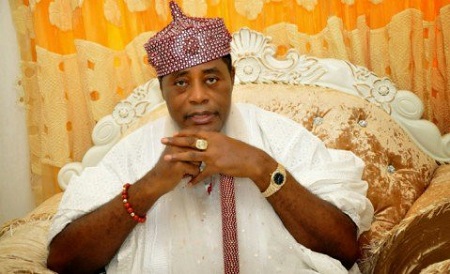 A list of the richest Kings in the entirety of Nigeria has been revealed and it will astonish you to know.

Forbes has released the list of the richest kings in Nigeria.
The Olugbo of Ugbo Kingdom, HRM Frederick Obateru Akinruntan was named the richest monarch in Nigeria.
Oba Akinruntan beat the likes of the Alaafin of Oyo, the Sultan of Sokoto, the Ooni of Ife and the likes to emerge the wealthiest monarch.
In the list which has the Ooni of Ife and the Alaafin, Oba Akinruntan was rated to have an estimated net worth of $300 million, while Oba Sijuade’s estimated net worth is about $75 million.
The Ooni of Ife has investments in construction, landed properties and oil while Oba Akinruntan is mostly into oil.
Oba Akinruntan is the owner of the largest petroleum depot in Africa.
He also owns Obat Oil Company which he founded in 1981 alongside a gas station which has grown to over 60 gas stations across the nation.
Apart from Oil business, the Oba is also into real estate, with Hotels in Abuja, buildings both home and abroad.
He entered the history books in 2012 when he became the first black person to buy the 2014 model of Bentley which was accustomed only for Queen Elizabeth of England.
Thanks To Forbes, We Now Know The Richest King In Nigeria — See His Net Worth was last modified: June 7th, 2017 by Arinze Ago

Man Who Conducted a Funeral Service For...