THE LION AND THE JEWEL: LIVE THEATRE LAGOS RETELLS A CLASSIC TO PUBLIC DELIGHT 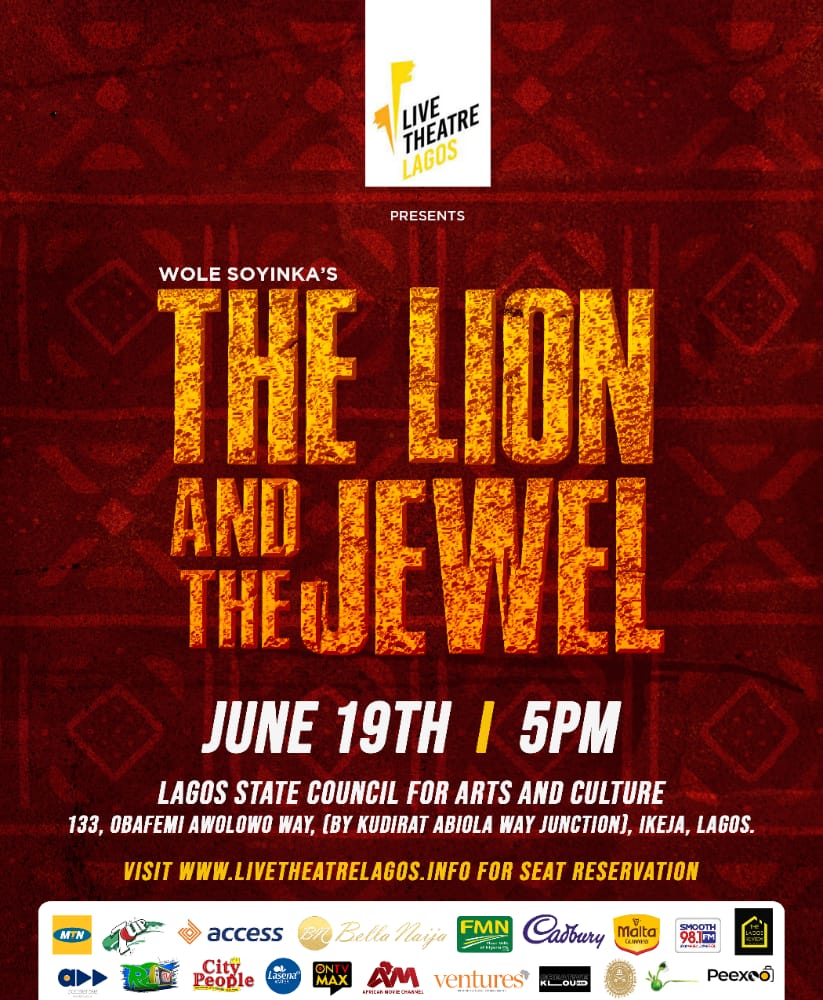 Live Theatre Lagos is set to present another Wole Soyinka masterpiece, ‘The Lion and The Jewel’.
Directed by Kelvinamry Ndukwe and produced by Oluwanishola Adenugba, The Lion and the Jewel is a comedy set in the small remote village of Ilujinle. With happenings over the period of one day, Soyinka masterfully created a deep story of wanton selfish people with ideals that may make or destroy them. There are three central characters: Lakunle, Sidi and Baroka who are in a triangle of witty, desperate yet harmless adventure to win. Lakunle who has learned the ways of the white man and has been impressed by the developments which beyond reading in his books, he has experienced first-hand in Lagos- the city of magic. Sidi, the village belle who has enjoyed the prying eyes of men, and the longings of these many men, and has the power to choose who becomes her husband in the end. And Baroka, who intends to marry this village belle, and would imply the wisdom that only experience and age can offer.

Originally premiered in 1959, the play has been selected as part of the reading requirement for Literature in English at the WAEC Exams and Live Theatre Lagos has plans to showcase the play to Lagos State Senior Secondary School Student preparing for the examination in partnership with the Lagos State Ministry of Education.

THE LION AND THE JEWEL: LIVE THEATRE LAGOS RETELLS A CLASSIC TO PUBLIC DELIGHT was last modified: June 16th, 2021 by Reporter