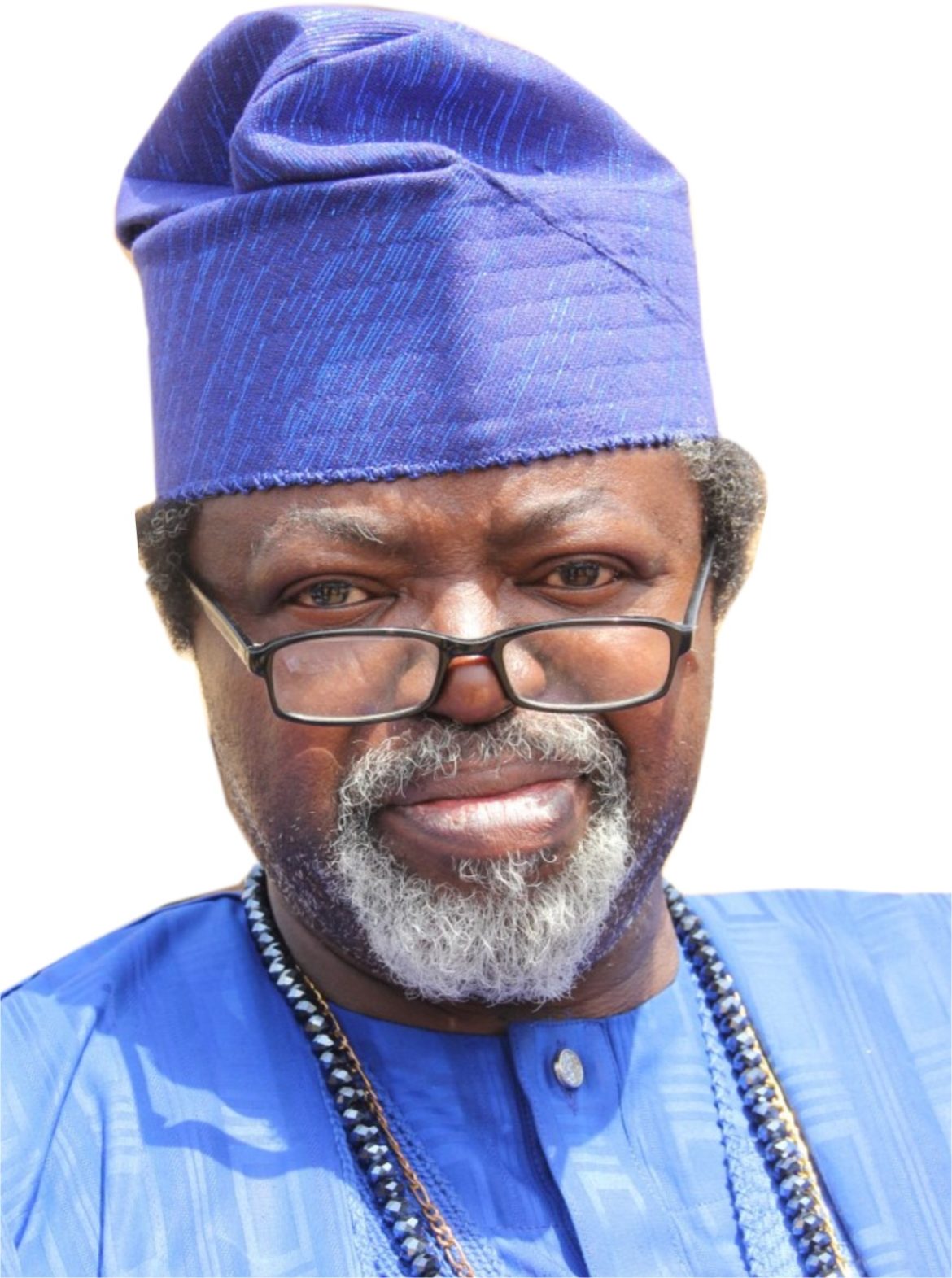 •Details Of The Classy Burial In OGBOMOSHO

On Saturday, 25th Jan, 2020, one of the prominent members of a popular Club in Lagos, Association of Friends, otherwise known as UP ASSO, Otunba Adebayo Babatunde and his siblings buried their beloved father, Pa Ezekiel Alao Babatunde, who slept in the Lord on Tuesday, 15th October, 2019, in the ancient town of Ogbomosho in Oyo State.

Pa Ezekiel Alao Babatunde, in his lifetime, was an epitome of a real father, a caring and hardworking man, who laboured to make sure that all his children became the best in their endeavours and in their chosen carriers. He was entrepreneurial, a devoted Baptist and family man till the very end. Pa. Ezekiel Alao Babatunde was totally dedicated to his family for whom he sacrificed so much. He was a man of many parts; a farmer, a lay reader, a produce buyer, a historian, the hunter and father to many.

According to his son, Otunba Adebayo Babatunde, his father, a much-loved adviser and mentor, was given to prayers, though he had a rough start in life, in the end, he got rewarded with long, fruitful and impactful life. He made a difference: “Your final departure on October 15th, 2019, was the terminal of a long transition. You left no one in doubt of your courage to stay on. Of course, we knew you as a product of grace and got fascinated each time we thought you were on your final journey only to find you smiling and staying strong the next day. You were my mentor and you took me along the journeys of life with you. Never stopping to believe and trust God in whatever circumstances and no matter the crisis. Your principled positions on issues, daring to defer from unsustainable populist lines, taught me to accept that majority are not always correct and facts are sacrosanct. Truth comes at a premium. You inspired and tutored me on the vanity of wealth without production and the worthlessness of primitive acquisition of all materiality without consideration for humanity. A son of a blue-blooded princess you were, but you maneuvered through all the adversities having lost your father at a very tender age! You did the school runs with me, going through bookshops, supermarkets shopping for books to school items and paying regular visits to the boarding house, while I was in secondary school. You showed love to us your children and never for once took an overbearing position without sufficient consideration for our comfort. Never ceased to amaze me on how people generally conveyed leadership and disciplined trust on you everywhere you went. You told me countless times that you would never struggle for leadership as your Godly belief is that the Almighty God endows it in people.

You were a Baptist Champion and a great Ambassador of Christ, planting the church in every destination you travelled in your life’s odyssey. Your sense of humour and unbelievable retentive memory of historical events with dates was a special attribute your children and their spouses looked forward to at every moment of visitation. It was usually hours of inspiration from stories of your life experiences and situations in decades preceding our births. You were a committed community man, who traded personal comfort and convenience for the well-being of others. You were the rallying point and the distinguished Olori Ebi of your maternal and paternal heritage. Be assured that those core values of honesty, dedication and standing firm for what is true and just at all times and loyalty to friendship are attributes acquired from you and will be maintained as a legacy and tribute to your simplicity and straightforwardness. I will miss you Baba, you were a confidant and a friend.

Those private moments shared with you will remain in my memory and bring nostalgic feelings in your anniversaries. Rest on dad, you came, you saw and conquered. God Almighty rest your soul and keep us your offspring. Adieu Baba mi, so long! According to the burial arrangement of the late Pa Ezekiel Alao, Christian wake was held on Friday, 24th Jan, 2020, at Saja Baptist Church. Saja Area, Isale Ora, Ogbomosho. Then, the funeral and thanksgiving service was held on the following day, Saturday, 26th January at the same Church before interment. It was followed by entertainment of guests at the prestigious Viva Events Centre, Iresha APA Road, Ogbomosho.

City People’s Assistant Editor, SUNDAY ADIGUN and Photo Journalist, JIMI ABDULRASHEED, were at Ogbomosho to serve you the gist from this classy event. Excerpt.

The remains of the late Pa. Ezekiel Alao Babatunde arrived in a gold casket; amid celebration, drumming and dancing; ferried with utmost respect by professional undertakers arrived Saja Baptist Church situated at Saja Area, Isale Ora, Ogbomosho for the funeral and thanksgiving service. For the service that was scheduled to start at 10am, the whole church was already filled up to capacity before the stipulated time. Family members, friends of the deceased children and well-wishers from all walks of life assembled to bid the great father, grandfather farewell. As usual, the service commenced with processional hymn and orders of service were conducted by appointed officiating ministers accordingly.

National Christian Association of Nigeria (CAN) President eulogized all the children of the deceased for giving their father a befitting burial. He also talked about the lifetime of the late Pa. Ezekiel Alao Babatunde before he delivered his message.

After the interment, entertainment of guests immediately followed at the prestigious Viva Events Center situated at Iresha APA Road, Ogbomosho. The reception witnessed the presence of many dignitaries and celebrities from all walks of life. The venue was filled to the brim as guests from Abuja, Lagos e.t.c Friends and family members trooped in, gorgeously dressed in the Aso-Ebi that was chosen for the day.

The hall was spacious. The security personnel were on top of their games, as they were able to control the crowd. Inside of the hall was beautifully decorated with yellow and red. It blended with the colour of the Aso Ebi Ankara chosen for the day. Many celebrities in attendance did justice to the green-and-touch-of-cream Aso Ebi.

That the popular Faith Music Band is one of the hottest and wave-making celebrity live bands in our society today is not an exaggeration. The band’s humility, focus and discipline always stand them out, so did the bands’ customized signature attire and style with trendsetting sparkling white clothes matched with abetiaja caps. Their innovation re-defined fashion for celebrity live band musicians on stage. Any event you see them, just be assured that you are in for a swell time, as they did at the event. Give it to one of the best bands of our time; Faith Music band sure knows how to make their guests dance anytime, anyday.

UP ASSO MEMBERS SUPPORT THEIR OWN

ALL YOU NEED TO KNOW ABOUT PA EZEKIEL ALAO BABATUNDE

Pa Ezekiel Alao Babatunde was born in 1900 to Pa AkangbeBabatunde of Ogojo’s compound in Ogbomosho and his wife, Alake Babatundefrom the Bolanta ruling house of Ogbomosho. He was the third of 6 children comprising 5 boys and a girl. He is survived by one of his wives, Mrs. Maria Aderinola Babatunde, numerous children, grandchildren and great grandchildren. His other two wives, Mrs. Sarah Amoke Babatunde and Mrs. Eunice Sijuwade Babatunde had earlier gone before him. He is also survived by a brother and the larger Ogojo family member.

His life was characterised by triumphs in the face of adversity. His father died when he was barely 2 years old. As such, he quickly grew and took on responsibilities well beyond his age, early in life. Not one feeling short-changed by life, he devoted himself to hard work and learning the trade of the farming, which served him well in life. Life was not dull; for past-time (and much in keeping with the entertainment craft for which the Ogojo compound was well renowned], he with other boys formed a local musical band called ‘Binukonu’ dishing out Sakara music to their audience. He was also versed in other genres of music such as: Ijala, Apala and Ewi. The circumstances of his early life meant that key development milestones were delayed for him. He was already in his late thirties when he married; he was late to start raising a family, late to start a business, late to get on in life. In 1943, he and his friend, the late David Adeleru of Areindala compound, travelled down South to the suburbs of Ile-Ife and worked on farms on ‘pay for hire’ basis. Unknown to him, providence was waiting for him in Ife, specifically at a place called Laka where he soon found a groundswell of goodwill for him.  His grandmother, who was a herbal healer had (well before he was born) been to that area and helped heal lot of people. Many favours came to him and his friend and as a result, they were able to buy adjacent farmlands which they put into cocoa farming.

The cocoa plantation was a success. As if making up for lost time, his entrepreneurial spirit kicked off: He acquired leasehold of two more plantations, which he successfully turned-round, and diversified into produce-buying; setting-up a central store in Idiogun-Sanni, primarily for gathering, grading and bagging cocoa as well as palm kernel for export market via the middlemen in Ife and Ibadan. He integrated other elements of the value chain; supplying fellow farmers with farm input: fertilisers, pesticides, farm implements, etc.

Recognising that his lack of formal education limited his share of the value he was creating from his farms and businesses, he went for adult education when the opportunity arose through the Western Region adult education scheme. He learnt to read and write in his native Yoruba language. His love for education earned him the nickname, Mr. Education, among his peers. He spared no effort in ensuring that his children got good education. In this vein, he celebrated every accomplishment of his children with so much relish – that to him was his ultimate joy.

Leadership came to him naturally without struggle and that was the case in his association with peers, in his Ogojofamily house, in the church and everywhere he had been. He had a large heart especially to ministers of God; a case in point was when for 3 years, he single-handed paid the salary of the pastor of his local church at Idi-OgunSanni-Ife. People sought and willingly followed his wise counsel.

He was a gentle giant, fearless and never fazed by anything. As one who lived through wars and witnessed the toll they took on people, he stood for peace; always seeking avenues to bring people together.

He cherished strong bond with relatives and friends spread abroad and encouraged his children to carry on the torch. Papa was entrepreneurial, a devoted Baptist and family man till the very end. He was totally dedicated to his family for whom he sacrificed so much. He was a man of many parts: a farmer, a lay reader, a produce buyer, a historian, the hunter and father to many. He was a much-loved adviser and mentor, given to prayers. Though, he had a rough start to life, in the end, he got rewarded with long, fruitful and impactful life. He made a difference! On October 15, 2019, Papa breathed his last on earth and went home to be with his maker and Lord. His memory will ever remain sweet and fresh in our hearts. Adieu papa, Mr. Education, Baba Onikoko. E sun re o.