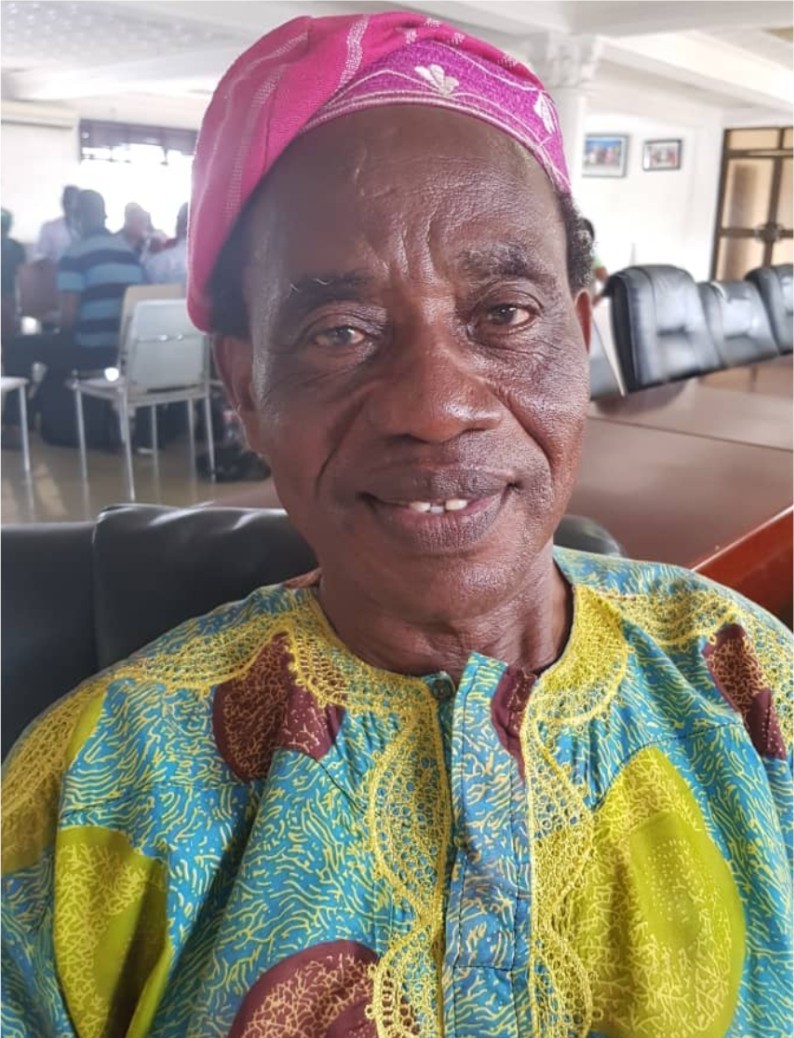 Dele Osawe is a top actor and one of the stars in the popular TV series, Village Headmaster. In a few days time, the series would be celebrating 50 years. Two weeks back, he spoke with City People on how Village Headmaster TV series started 50 years ago in Ibadan and also reveals other issues. Below are excerpts.

What role did you play in Village Headmaster?

I played the role of Teacher Fadele

How did the cast and crew take the closure of Village Headmaster then?

When the headmaster was laid off, it wasn’t on a good note because the masses were responding very well. Now, after some time, we just thought this is a pioneer programme, a legendary one, there’s nothing stopping us from bringing it back, but if we want to bring it back, we have to sensitise our people to know that something like it existed before. The blood of the Village Headmaster is a kind of blood that can last forever because it’s a village. In the village, children are born, and then people died. There was a time someone remarked that he presumed all the characters were dead, and I said no.

The same enjoyment people derived from it then is still there. It’s a breeding ground for actors. The Nollywood you are talking about now, the majority of them came up from there. Talk of any top actor; they all passed through Village Headmaster, so we know the ethics, the values and everything will still remain there and that’s the purpose. When you watch nowadays film, we are all going the American way. When you have your children you give them Arab or Jewish name. If a programme like Village Headmaster is on, people will be able to, at least, go back to their roots and realise some of these faults and try as much as possible to correct them in a way. Our history has been eroded, but Village Headmaster can bring it back because Village Headmaster itself is like bringing our memory back. Village Headmaster actually started as a radio program in Ibadan in those days. Segun Olushola was the producer then. He was handling it by interviewing people. When he was coming to Lagos for an appointment he had a copy of the record with him, so when he got to Lagos, it was at the time when Christopher Kolade was giving an assignment to people to get more entertainment content. Christopher Kolade now travelled to Britain to bring Sanya Dosunmu, who is now Olowu of Owu. By then, Segun Olusola was already in the administration of NTA. Sanya Dosumu was in his office and saw a file that contains the names of people including Segun’s name and it happened to be the Village Headmaster’s file. He said it was is a programme that could last forever; that we could use it to start a drama programme. Then Segun told him how he started the whole programme from Ibadan. So, they began to deliberate on how to get actors and writers. You know Sanya was very popular on the BBC then, so he had the confidence that the plan would work out, but they would need money. Sanya Dosumu now played a trick on some of his friends by inviting them to his house for lunch. After lunch, he told them that he intentionally invited them so that they could write a script for him. They agreed to suggest different titles and they started writing individually and he was editing it. That was even how he was able to teach many people how to write a television script. Before they knew it, 13 episodes were ready and they started recording. According to Sanya Dosumu, the first experience wasn’t that easy because all the equipment he met there were no longer in use in Britain, they were cameras meant for news not for drama, but through the cooperation of one Engineer, we were able to record many episodes, and Christopher Kolade also intervened when they got to 10 episodes and it flew when they realised 13 episodes. That was how Village Headmaster started.