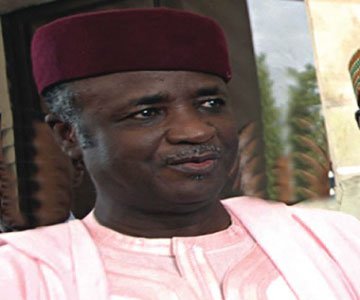 There were strong indications yesterday that some leaders of the New Peoples Democratic Party (nPDP) might not leave the All Progressives Congress (APC), contrary to expectations.

It was also learnt that the formation of the Reformed All Progressives Congress(R-APC) was the first stage of plans by the nPDP leaders to leave APC.

It was gathered that the R-APC might be the new template for an alliance with the Peoples Democratic Party (PDP).

Sources said the Presidency might persuade the APC leadership to foreclose talks with nPDP leaders.

According to some sources, who spoke yesterday with our correspondent, not all nPDP leaders are committed to leaving the APC.

“Do not forget that there are members of the Parliamentary Support Group, who defected mostly from PDP to APC, but still with the ruling party.

“While some of our leaders are free to leave the APC, the scenario is different from the situation in 2014, especially for nPDP leaders and members from the North.”

The source, who pleaded not to be named, said the plot to destabilise APC by some nPDP leaders was already picked up  through intelligence network by the Presidency and APC leaders.

The peak of the plot was allegedly hatched at meetings in the Middle East.

The source added: “In the last three months, we were aware of subtle manoeuvres by some nPDP leaders to leave our party. Some of them even met recently in some countries in the Middle East. We have all the intelligence reports.

“In fact, one of the nPDP leaders, who bankrolled the R-APC briefing, was with a PDP governor in the Southsouth 24 hours before the conference in Abuja.

To the source, it has been “an open secret” that Senate President Bukola Saraki, House  Speaker Yakubu Dogara; Governor Aminu Tambuwal; Senator Rabiu Kwankwaso, some senators and members of the House of Representatives might quit APC.

“They have just hatched the first phase of their plans to present to the whole world that there is crisis in APC”, he said.

“The objective of forming R-APC, which is unknown to law, is to set the stage for the destabilisation of APC.

“This was why, we were careful in managing the National Convention of the party. We decided not to create gaps which can cause a split in the party.”

Another source in government thinks the nPDP leaders have crossed the red line, adding that the Presidency may prevail on the party’s leadership to foreclose talks with them.

According to him, pro-Buhari elements and some leaders of APC prefer state-by-state negotiation with some aggrieved leaders of the party instead of group talks because of political peculiarities in some states.

“Some nPDP leaders are actually paper weight in their states and APC can do without them. Of what use is holding talks with a senator or a member of the House of Representatives whose constituents had been stoning him in the past two years?” the source said, adding:

“I think we are left with no alternative than to allow those who want to defect like Sen. Rabiu Kwankwaso and others to go.”

There were indications yesterday that some nPDP leaders in Kebbi State have opted to stay in APC, following a promise to address their grievances.

“We are excited that nPDP leaders in Kebbi State have offered to remain in the party based on agreeable terms.

“This negotiation model is what has encouraged strategists of Buhari to insist on state-by-state talks with aggrieved leaders,” the source said