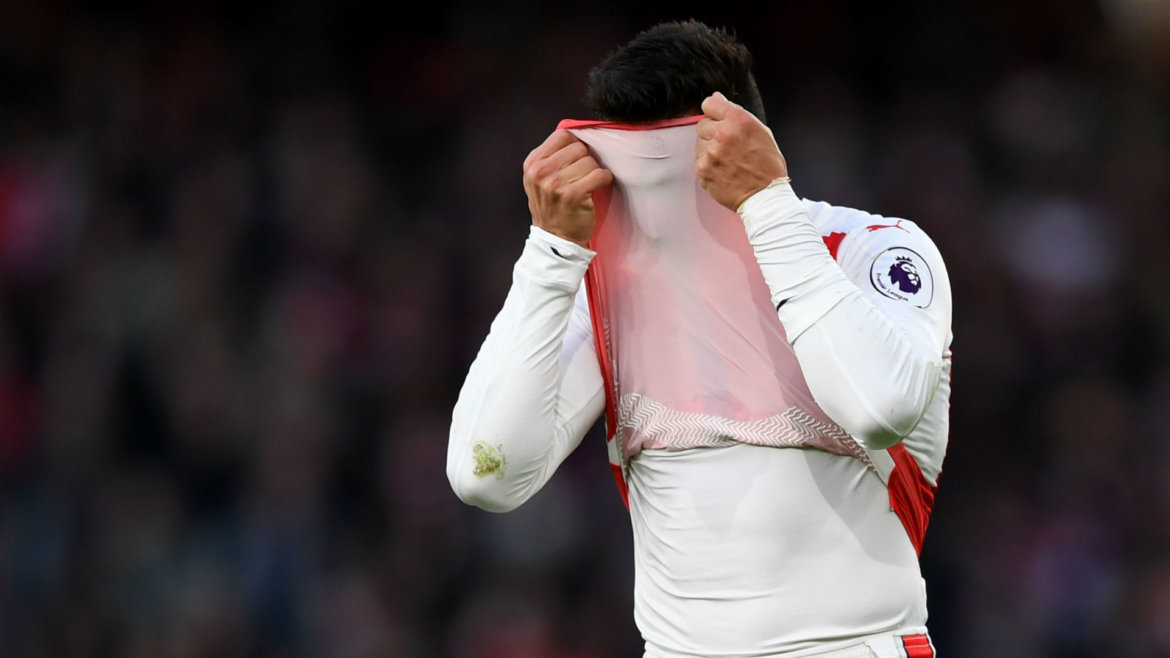 Arsenal dropped points for a third Premier League game in a row as they were held to a 0-0 draw at West Ham in a wasteful showing on Wednesday.

Arsene Wenger’s men were the better side for most of the match and pushed West Ham’s defence to their limits at times, but in the end they were not clinical enough to take all three points, leaving them in seventh behind Burnley.

The Gunners did not fall into the trap which snared Chelsea at London Stadium on Saturday, avoiding an early concession and swiftly establishing themselves as the superior force.

Chances were by no means a regular occurrence, though, with Alex Iwobi’s 27th-minute effort which hit the post the only clear-cut opportunity of the first half.

Arsenal became even more dominant after the break and they looked more threatening in attack as a result, but they remained wasteful, with Olivier Giroud and Jack Wilshere – who was otherwise lively – particularly culpable.

Javier Hernandez almost paid them pay for their profligacy when he struck the crossbar a minute from time, but Arsenal survived that scare to leave with a point.