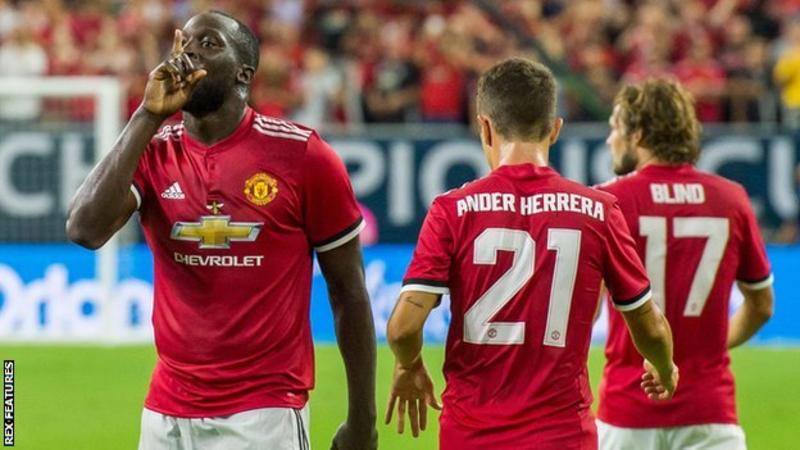 Romelu Lukaku eased concerns about his goalscoring form with the winner as Manchester United bounced back from derby day disappointment by edging Bournemouth 1-0 at a sodden Old Trafford.

Belgium international Lukaku hit the ground running with seven goals in as many Premier League appearances following his £75million move from Everton, but a run of one in nine led to criticism and the resurfacing of questions over his ability to score against big clubs.

That scrutiny intensified after the striker’s failure to clear from set-pieces led to David Silva and Nicolas Otamendi scoring in Manchester City’s 2-1 victory over United on Sunday, a result that saw Jose Mourinho’s side fall 11 points behind the league leaders, and he responded by finding the net against Bournemouth.

Lukaku headed a delivery from Juan Mata – in as one of four changes for the Red Devils – beyond Asmir Begovic, though his muted celebration suggests the relief gained from returning to the scoreboard was scant for the 24-year-old.

Once more United had David de Gea to thank for keeping them on top, the Spain goalkeeper denying Charlie Daniels and Ryan Fraser as Eddie Howe’s side proved dangerous on the break in the first half.

However, the visitors’ intensity dropped in the second period and, despite Anthony Martial blazing over from six yards and his replacement Marcus Rashford hitting the crossbar, United held on for a win that restores their three-point advantage over third-place Chelsea and keeps pace with City – 4-0 winners over Swansea City earlier on Wednesday.