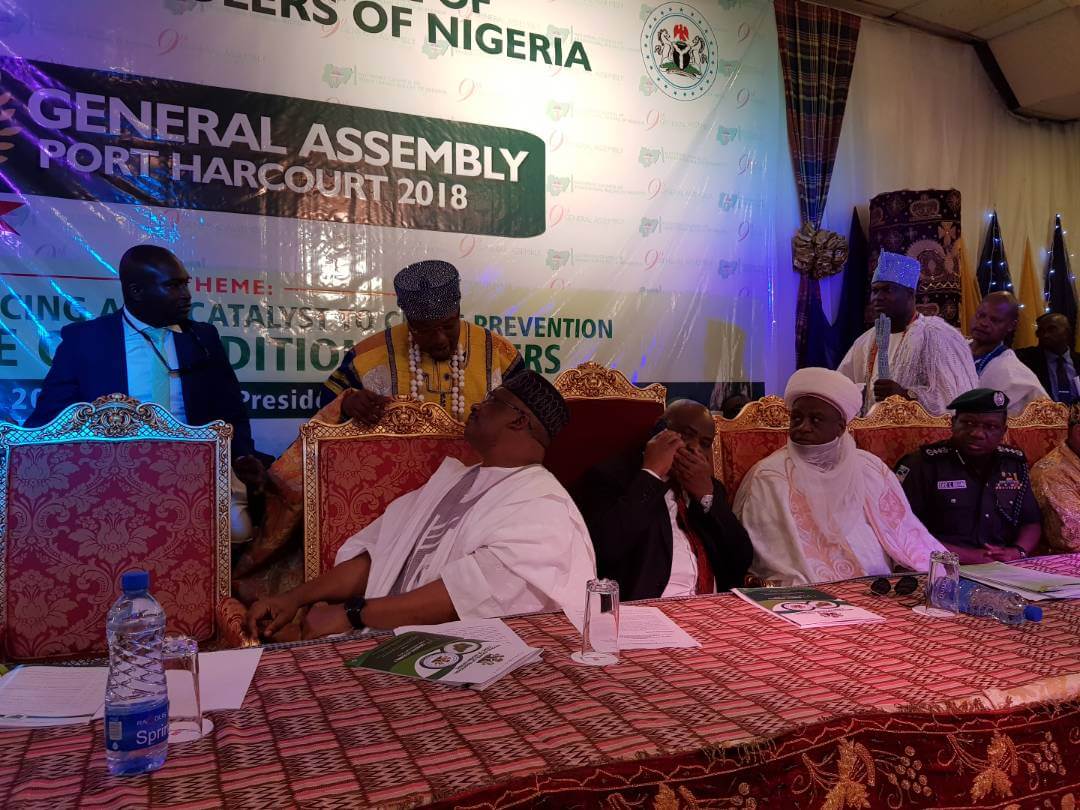 Tongues are wagging at the recent face-off between 2 high-ranking Yoruba kings, the Ooni of Ife, Oba Adeyeye Ogunwusi and the Oluwo of Iwo, Oba Abdulrasheed Akanbi. The two Obas met at yesterday’s Port Harcourt conference for traditional rulers held at the Hotel Presidential, Port Harcourt. After the Ooni delivered his speech, he made to go back to his seat and on his way back to the high table, he ran into the Oluwo of Iwo, who seemed to be standing on his path, discussing with the Minister of the Interior, Lt Gen Danbazau rtd.

Ooni orderly went ahead of the Ooni to ask the Oluwo to leave the way for the Ooni to pass. He, and the Oluwo had some altercation while the Ooni watched their exchange.

Both the Sultan of Sokoto and Danbazau had to intervene for peace to reign.

It was gathered that the Ooni and Oluwo have not been in good terms since both came on the throne about two years ago. 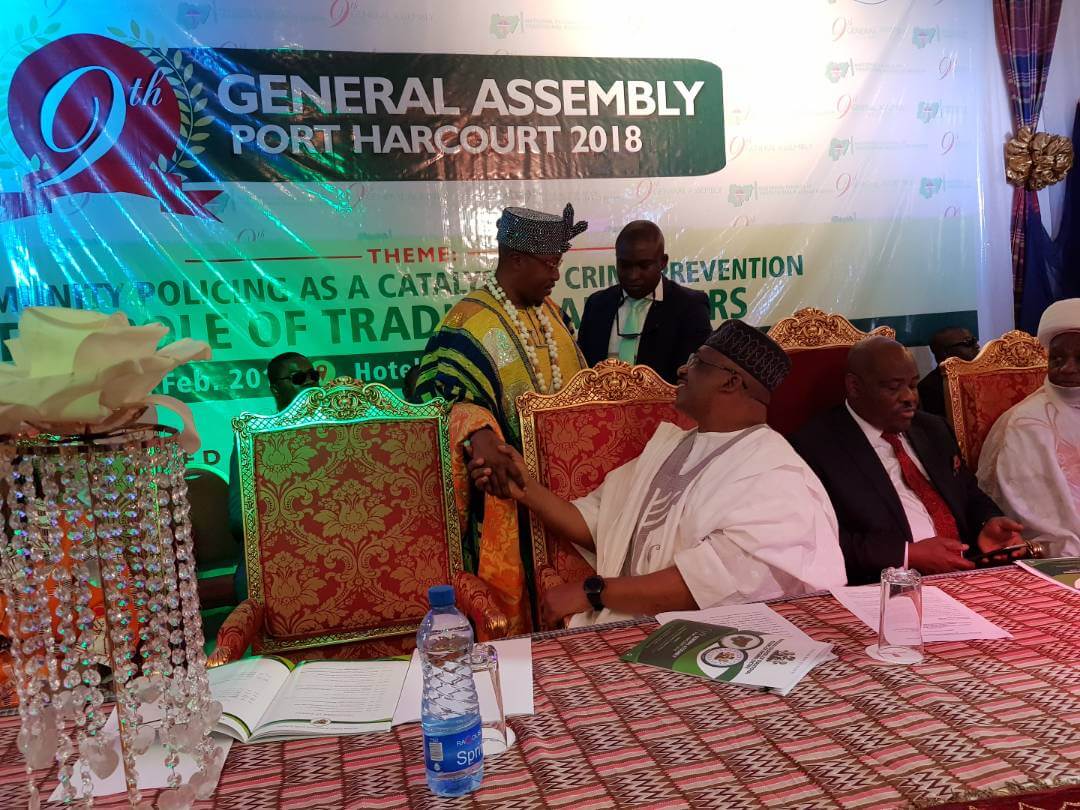 What’s up between Ooni & Oluwo was last modified: February 2nd, 2018 by Reporter