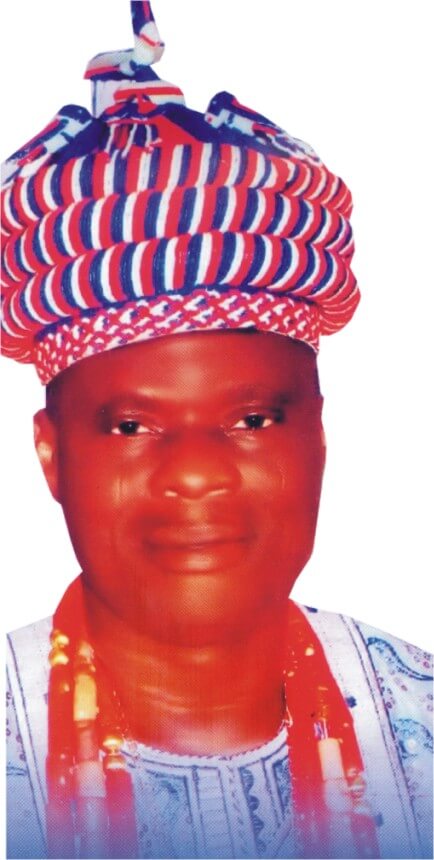 •How It Was Founded Over 500 Years Ago
Everybody knows the thriving community called Ibeju Lekki in Lagos. It is the new Lagos. It is a new fast growing city in Lagos. And it is gradually becoming a hub of real estate activities, that is where everybody wants to live now. That is where everyone is buying land now and the pace of development there is dizzying. Majority of the players in the real estate sector play in that axis. But not many people know the story of Ibeju-Lekki.

Only a few know the story of that popular community called Ibeju kingdom. It is one of the prime locations in Lagos State, a commercial nerve centre that Nigeria is proud of. Naturally, the kingdom could pass for a tourist centre from all ramifications. How? Wait until the rich culture of these people is developed specially. Ibeju kingdom is located in Ibeju-Lekki Local Government Area.

This quiet kingdom actually derived its name “Ibeju” from the historical three parcels of land separated by swamp. As a result of this natural arrangement, Ageduwa one of Oduduwa’s sons was said to have migrated into this area in search of a camping site; despite the fact that he wanted a camping site, his choice was informed by the fact that the land must not be too far from the lagoon. He was also attracted to the current location of the town as epitomized by the peninsula because he noticed that the spot was about the largest of the three parcels of land fronting its shores (Oju-Agbe).

Having taken and settled on this part of the area, he merely named it after its size “Ibeju” meaning this land is the largest.
Indeed, the Ibeju kingdom, apart from its heritage, is unarguably one of the biggest in Lagos State. Today some refer to it as the new Lagos. Apparently, many people are not surprised at the level of its civilization because of the uniqueness of its culture and political content & tradition as it compares with other centres of power in Yoruba and Benin.The founder, prince Agbeduwa, a great hunter was said to have migrated from Ile-Ife just like his brother Alado had done earlier. Alado, who later became the Olu Benin of Benin was said to have moved from Benin City while Agbeduwa eventually settled in Lagos- that was not all.

Agbeduwa was said to have been informed about where he must settle by Ifa Oracle earlier to secure a future for his descendants. He was told in clear terms that he must dwell in a place that is near the lagoon but not far from the sea. It is only in such a location, that his kingdom would abundantly spread and his descendants be blessed with stupendous prosperity.

No wonder! Today, Ibeju has three significant trees “Omogi Meta Nibeju” these trees are said to have lived for about eight hundred (800) years and each of these trees has its own significance to the lives and people of Ibeju. The first is believed to be a producer of money, the second does not produce money, instead it produces the best of beads while the third is said to be father of all dresses.

That implies that it produces the best of dresses anyone could think of. That is not all, despite what they produce for the people of Ibeju, they are sacred and are not meant to be reached by all and sundry. For instance, these trees are neither to be touched physically nor their leaves plucked by just anybody. This is only possible after a particular ritual is carried out or the Oba himself has spoken with them.

By these trees is the Oju-Owa or central shrine of the people.
How Agbeduwa, who had initially visited his brother in Benin (Alado) got to Ibjeu up till now-remains a mystery. He was said to have landed at a place now called Oju-Agbe in Ibeju miraculously. He remained there for a number of days gaming before returning to Ile-Ife to brief his family about the discoveries.

On his return, he came up with a broader idea of surveying the whole area. Arising from this endeavours, he got to the coast of the Atlantic Ocean. Upon this, he was further strengthened and convinced to dwell in there conscious of the earlier proclamation of the Ifa Oracle. He later departed for his ancestral home Ile-Ife. He returned the third time to his new discovery, this time around; he finally decided to settle down there-his new found home in line with Ifa Oracle. However, he brought his family members along with him including his wives and children and other relatives such as, Alaro, Ajaye and Ogunmodede.

The first building erected by Agbeduwa and his people today, houses the Agbala Agemo shrine at Idimu, the Akoko tree initially planted in front of the town which is still at that spot till this present day.

PLACES INHABITED BY THE EARLY SETTLERS
In creating homesteads and domiciles; in the new land, Agbeduwa with his family later moved to a place called Idi-Irin in Abejoye Quarters during the reign of his highness Oba Ailoye, who nicknamed himself “Abebejoye”. It was at this quarters that they established a shrine to worship their gods and goddesses: Igbo-Oro, Igbo-Eluku, Ogun-Oba,Oju-Olokun, Obalufon and many others.

Agbeduwa founded subsequently Ehin-Osa village and encouraged one of his relatives named Ogumodede to settle down in order to defend the area against enemies that might come from the North.

At Ehin-Osa village, they crossed to the opposite land and landed at the spot which is now called Oju-Airo in Epe. Agbeduwa ordered Alaro, one of the wonderful women to settle there and she dwelt at the shore. She was the first person to step her foot on the land.

Alaro’s charm pot was at the shore while the charm pot of Ogunmodede was placed at Igbo-Oro Ogunmodede in Epe. Ogunmodede moved from Ehin-Osa to Ilogun village opposite Ejirin village where his shrine is located till this day. Agbe and Alaro are being worshipped and offered the same sacrifice till this day by the people of Ibeju. Ajaye, another wonderful woman was married to Chief Olofin of Lagos but she died barren.

In commemoration of Ajaye, the people of Ibeju still have Ajaye’s shrine in Ibeju and they worship her every year. As such, they are called by their Oriki “Omo Ajaye elenini ido” meaning the children of Ajaye who betrayed her husband at Ido. Kaje, a hunter by occupation came to Ibeju and dwelt at a spot now known as Aro-Quarters. Kaje, Sobokunrin, Sifiyon and Ogbe all migrated from Idi-Ewon (a compound name) from Ijebu-Ode. When they left Ijebu-Ode, they first settled at Aro Quarters in Ibeju Agbe.

Historically, Ogbe is a junior sister to Kaje; the four of them have the same father but share different mothers. Thereafter, they left Ibeju to Orimedu. On getting to the Shore of Orimedu River, Ogbe the sister to Kaje was bitten by a viper which led to her untimely death. This was as a result of the fact that the brothers left her in search of a comfortable place to dwell at Orimedu.

After the death of Ogbe, she was buried along with the viper after necessary traditional rites has been performed on her. The brothers Kaje, Sobokunrin and Sifiyon dwelt in Orimedu for a number of years.

Sobokunrin and Sifiyon later settled in Iberekedo after consulting with Ifa Oracle on their next place of abode but Kaje their brother did not move with them. Rather, he was shuttling between Orimedu, Iberekodo and Ibeju until he later settled fully in Ibeju. Aromire with other people came and settled, at Ibomido quarters.

Having settled at Ibeju, Prince Agbeduwa founded Oriemedu village and used the place for the worshipping of Olokun (god of the sea). He named the village Oriemedu : Oko-Ori Imedu” farm on the humus soil. “Odun”, one of his sons dwelt at Orimedu with his children at the spot known as Abejoye quarters. It was gathered that Kaye, his relatives Sifiyon, Sibonkunren and Ogbe, their sister, left Ibeju for Orimedu.

The inhabitants of the places necessarily pay homage to the Oba-Oniju of Ibeju and every years Baales’ and Chief with their families come to Ibeju to perform, the traditional rites and Ebi festival at Ibeju till the present day.
Ibeju gradually became a well populated town, the people decided by majority votes to install Agbeduwa, the founder of Ibeju as the king of Ibeju kingdom.

The installation and coronation days are symbolic in the lives of the people of Ibeju as they are upheld as the various states in Nigeria also flock into the town in great numbers.

After three days of installation, the king will proceed to “Ipe-Ibi” that temporary chamber; there, he would spend three months before final coronation takes place. The coronation day takes place at Enu-Owa. The Enu-Owa is a consecrated place in the town’s square; at this venue, both the Oba and other traditional chiefs are crowned. At this village square both the Oba and his Chiefs have to dance to the “Gbedu Music” with their sword-Ida in their hands, paying visits to important shrines in the town. The members of Ddi-Cult, the principal councilors of the state, now known as Kingmakers perform all the tradtional rites for both the Oba and Chiefs.

The Onibeju royal family is made up of three ruling houses: the Agbejoye Ruling House, Oniwonlu
Ruling House and theAladeseso Ruling House.