Home News Why I Am Setting Up A Theatre School In CANADA – Veteran Actress, Iya Alakara
News 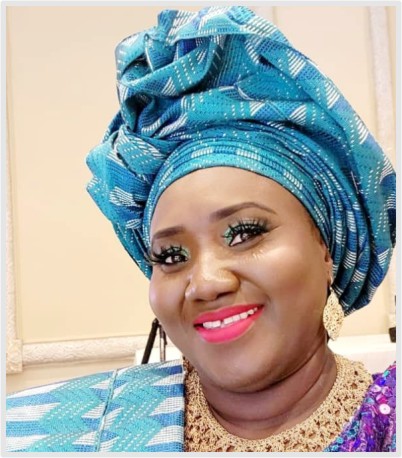 The very pretty and hardworking Ambassador Olori Funmilayo Adedeji is among the wave-making movie veterans currently based in Canada.

She is fondly called “Iya Alakara” by her fans and colleagues in the industry and education. She relocated to Canada in the early ’90s where she currently resides. She is well exposed, enlightened and versatile in the movie industry both as a producer and an actor.

She is also the CEO of Olori Theatre Entertainment and Production, which she launched on June 25th, 2016 with lots of dignitaries and movie stars in attendance.

Unknown to many, this very hardworking and pretty lady left her teaching career and saloon business, a business she successfully operated for close to 3 decades for filmmaking. And she has since produced movies such as Mrs Love, Iya Alakara, June 12, Bribe (Riba) and several others.

Besides all these, she is a community leader in Canada where she is based, a philanthropist who caters for the less privileged youth, orphans and widows.

She also volunteers despite being a mother of 6 to serve her community in many capacities from Treasurer to Director of Social at Nigeria Canadian Association of Calgary. She is one of the pioneers of the Black History Month Celebration.

In this chat with City People Magazine Head of Movie Desk, ABIODUN ALAO, she talked about her journey into the movie industry, why she set up a Theatre School in Canada and the project she is currently working on. Below are the excerpts.

Take us through your journey into the movie industry

After my two concurrent degrees in Drama/Education, I taught high school drama for a couple of years. I worked with grades 10 to 12 (the equivalent of SS1 to SS3 in Nigeria) and sometimes grades 6 to 9 (equivalent if primary 6, JSS1 to JSS3 on Nigeria). My office/classroom was the theatre room and students from different grades assembled once the bell went off for drama class. It is always a delight to see my students walk into my drama space enthusiastically each time. And I would start them up with a warmup session. (Smiles). My theatre space was equipped with lightings, sounds, props, costumes, etc for our exercises and practices in Miming, Monologs creation, movement, speech development, to hands-on in mask making, face casting, building a proscenium stage, and so on.

Like I said earlier, I did that for a couple of years. Though I enjoyed every bit of my teaching career I wanted to explore more outside the stage. I got curious about filmmaking.

To start off, I launched my theatre company, Olori Theatre Entertainment & Productions on June 25th, 2016 right here in Calgary, Alberta Canada. I wanted the launch to be graced by a prominent Filmmaker in the Nollywood industry. I admired Kunle Afolayan so much and I figured he would be the best fit as a guest of honor for the event. Honorable Yomi Lapite who is my family friend happened to be his father-in-law, so I asked him to connect us officially. It was a very busy time for Kunle because of his project the ‘CEO’ but he could not turn me down since I went through a strong channel. (Smiles) I was elated when the visa went through because it was his first time in Canada.

He performed with me in the stage drama titled “The Three Shift” written, directed, and produced by myself.

Fast forward, I have not stopped since theatre and Entertainment work since then.

A couple of weeks after my event, I anchored a Destination wedding in Greifswald, Germany where I spoke English, Yoruba and had an interpreter who translated in German. It was a memorable event.

In December 2016, I did my first production in Windsor, Ontario Canada titled MRS LOVE.

June 2017, I was called to Nigeria by Abiola Paul Bogunmbe to shoot the movie titled JUNE 12.

After which, one of Tampan’s veterans, Mr. Lekan Owolabi who came across me while shooting JUNE 12 introduced Sunkanmi Dada to me. Shortly after, Dada called me to shoot IYA ALAKARA then DOCTOR WILLIAMS a couple of weeks later.

In 2018, I went back to Nigeria to launch JUNE 12. After which I shot the movie OJO IJOFI under Lanre Quadri’ direction. And in June 2019, Quadri again directed RIBA for me.

Before I left Nigeria in 2019, a good friend of mine Double Chief Babs Subdeen introduced Ayoka Omoologede to me but I left Nigeria shortly after as she was also planning to attend NICCEA award event in Toronto, Ontario Canada later that year. Upon connecting in Canada, we decided to do a project together titled OJASOPE. The movie OJASOPE was partially shot in Houston, Texas USA and completed in Nigeria.

At what point did you relocate to Canada?

I have been living in Canada for 30 years now. Over 25 years before I joined the movie industry.

What have you been doing in Canada in the last few years?

I owned my business, Shiloh Hairport Inc. (Salon, beauty supplies, and African store) for over 20 years before my teaching career and movie industry.

Can you share the challenges you have been faced with while in Canada?

None that I can remember. I came as a young lady.

Both my parents are late now…

What are you currently working on?

I am currently working on AGBARA ADURA (THE POWER OF PRAYER). A true-life story filled with life lessons. Stay tuned.

And do you have any regret about leaving the country n career in Canada?

No regrets whatsoever. I came at a very good age which enables me to adapt greatly and developed tremendously. To God be all glory.

READ ALSO: MY 10 YEAR MARRIAGE TO STAR ACTRESS,FOLUKE DARAMOLA IS VERY INTACT–HUSBAND OPENS UP TO CITYPEOPLE

Why I Am Setting Up A Theatre School In CANADA – Veteran Actress, Iya Alakara was last modified: October 12th, 2021 by Biodun Alao