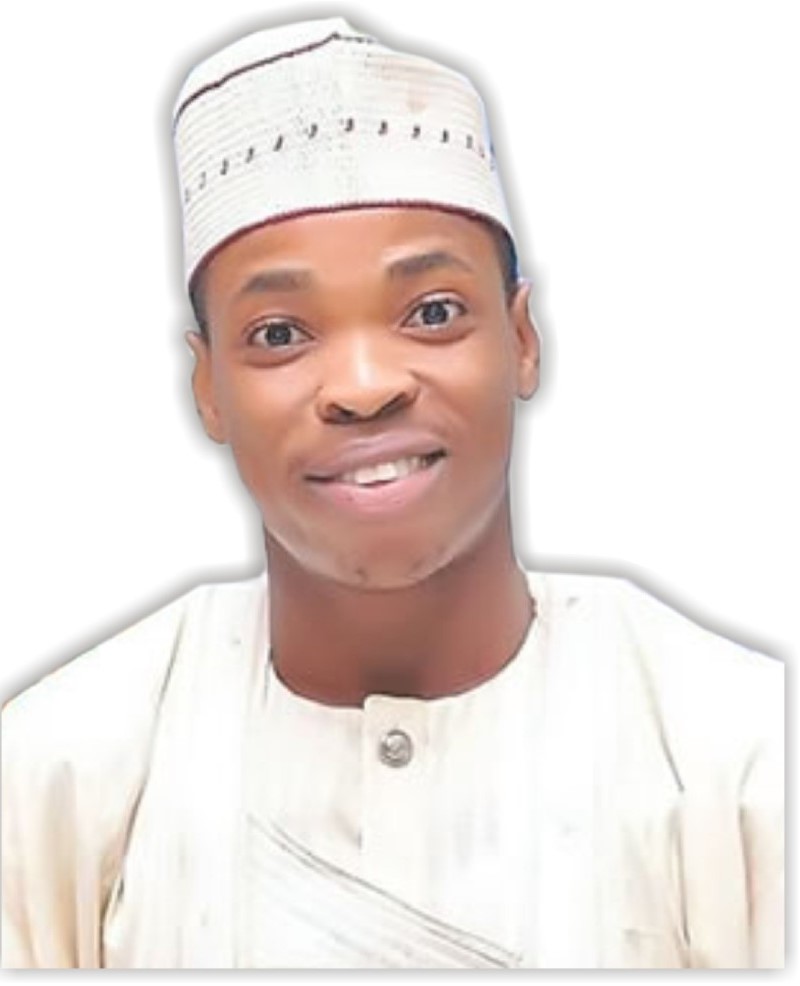 Everyone calls him Woli Agba. He is one of the fast rising comic gospel comedians. He is also a gospel singer who is making waves on Instagram. He has become well known all over the world through his online skit. The name, Woli Agba suddenly became a household name for Ayo Ajewole after his performance in his brother, Alfa Sule’s dance drama group. Woli Agba was born in Ibadan and he spent most of his childhood years in Ibadan as that was where his parent resides right from time.

Ayo Ajewole comic acts has really paved way for him despite the fact that he didn’t study anything relating to Theater arts during his school days at Baptist Secondary School, Oke Ado Ibadan in 1998 and graduated as class 2004. He went to Lead City University, in Ibadan where he studied Economics.

A few days back, City People Publisher, SEYE KEHINDE and Assistant Editor, SUNDAY ADIGUN visited him at his Ibadan location where he normally produces his online skit. Ayo, the popular comic act speaks on how he started acting 15 years ago, and why he chose the Woli concept for his Instagram skits.

Woli Agba is everywhere, how has it been so far?

We thank God for Grace, and Power of consistency. I called it acting. Have been acting for the past 16 years, 2002 to be precise, that’s what we’ve been doing, and offcourse because of the fact that social media has a great impact in our society today, we have to look for a concept that can be acceptable on social media, and that is what gave birth to IPM. So it’s been fine, rewarding and we are enjoying it because its what we love doing, and offcourse we don’t just want to waste any idea, we are always here, get ideas, so, it’s been fine.

What is the concept behind IPM?

Its some of happenings around us, our day to day life that people get to overlook, something that happens, for instance, we know that when it is time to take morning devotion, there are some songs that you will sing, and bringing all those memories to people always crack them up, and make them reminisce on some of the event they see in their grandmother, uncles, and pastors. Some will even say, “oh my daddy does this, my mummy does that”. So that is just about it.

Looking at the ways you deliver your roles and lines, do you actually understudy any pastor or prophet?

(Laugh) Not really, but acting sometimes warrant you to remember somebody’s real life attitude or character before you too can key into the character you are given. Though, I don’t really have any man of God in mind before I do all these, but I’m always, inspires by a pastor in one of the churches we attended while grooming up. With our parents. That Pastors was a strict man of God he doesn’t take nonsense, at times he would punch church right inside the church, saying  “Ti nba ti fi adura lu e ti o ba work, ma da ese bo ori e” (Laugh) meaning if I pray for you and it didn’t work, then I will punch your head. At times this pastor will send people out of the church. So I found out that I could really perform well in that aspect and I sticked to it.

Where were you born, and how was your growing up like?

How did the journey start 16 years?

I didn’t know I was going to act, I just have a nature of being  in the midst of people and they just start laughing. When I was in secondary school, my friends would tell me go and act, telling me to go and join Baba Suwe then. Most times I mimics my teachers. But then when the idea of doing drama came up from my brother, I had to share the idea I have with him, then I started acting as devil, which I’m very good at (Laugh) that was where I started from, then prior to my dedication and devotion because I love what I’m doing, It paved way for me to do other roles. I tried the role of Baba Soji and Woli Agba in Oti gan pa, I did well and that brought the bomb, the person that was taking the role couldn’t take it back from me because I was doing much more than what the person have been doing then. So that was were the journey started from, from dance drama to where I am today.

Why did you choose this particular place?

I discovered that it really fit in for the message we want to pass across. It’s my friend’s father church, I also choose the plantation side so that I can wipe any church member that his or her head is not correct with the leaf.

How did IPM now comes in?

Like I said, we found out that the impact of social media can not be underestimated, as it goes a long way. I think I discovered instagram through some of my friends. I don’t know anything  about it, and I asked few question. They said I will just open an account and start liking people’s post, I did and I discovered that a lot of people were actually on it, and already people were calling me that they’ve not been hearing from us again, I got worried and needed to do something but I had to study my environment first, I looked at what was going on and see what others are doing, but I said to myself I don’t want to do what others are doing, so I kept looking inward until I got the idea of where I can really manage my strength very well, and that was where I started from. When I started I discovered that it was drawing people’s attention, giving people the reason to look at my site and laugh, they were laughing and tagging others, people started following us, and when it got to certain level, people started calling themselves a member of my church, later I sat down and I said “what do I call the name of this church?” Let me call it Instagram Parish Ministry popularly called IPM and people will respond  “Progress”

What were the challenges that comes with the stardom of being a popular face and brand that you are today?

For me, people think I’ve deviated from the Woli Agba that they used to know because of where we started from which is dance drama, then people embraced our dance drama because it was funny and now that I bring it to a normal drama they think I’ve deviated from what I used to be. But then I’ve been able to perform it on stage. I’ve been able to convince my fans that I’m still worthy, I have not changed my believe, I have not deviated or probably I’ve backslided, I’m still Woli Agba that I used to be. That actually got me worried and I actually thought of dropping it but the fact that there is a power that comes with all these skits and the testimonies we are receiving on daily basis,  so I couldn’t’ drop it because it’s a blessing to so many people, but I think I’ve been able to convince some of them that  “no” Woli Agba has not deviated.

How did Dele comes in?

Dele has also been a member of my brother’s ministry. We’ve been together like that, he was a drummer, but he has been a kind of guy I like so much and he loves me too, he likes to be around me, he likes to play with me, he knows the kind of beat that he would play and make me dance. When he discovered what I was doing, he said to me he would like to join me. I brought him in, gave him some lines and he did well.

How do you joggle presenting, compering, acting and singing?

Anything that has to do with entertainment I discovered that I can do it without stress, I always enjoy myself doing it, and how do I cope doing them together. I think it’s all about planning, that is why we are educated in the first instance, we need to know how to manage our time and resources anywhere we found ourselves, though I’m still looking for work (laugh).

People wants to know if you are still with Alfa Sule?

I call it expansion, it happens, and life is also in phases, God is the only one that does not change, but for human change is inevitable. So, if you ask me, Femi popularly known as Alfa Sule is my brother, so the connection is still there just that the responsibility at hand has really taken some of my time from the group, and also some of his time from me too. So we are very good.

Why I Chose The WOLI Concept For My INSTAGRAM Skit – Popular INSTAGRAM Comedian, WOLI AGBA was last modified: November 19th, 2018 by City People