Home Entertainment Why JUMOKE ODETOLA And I Had A Face-Off – Fast-Rising Actress, BEWAJI FOLASHADE
EntertainmentMovie Gist

Why JUMOKE ODETOLA And I Had A Face-Off – Fast-Rising Actress, BEWAJI FOLASHADE 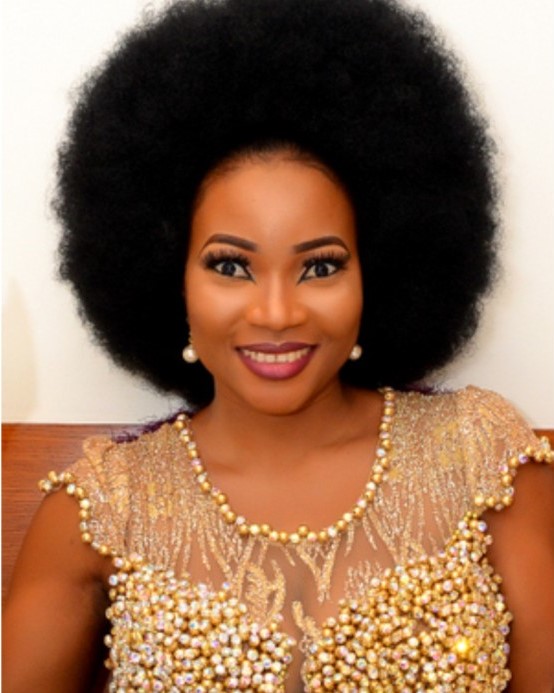 Bewaji Folashade is a fast-rising actress in the movie industry. She has done so well for herself within a very short period that she came into the industry. She has featured in several films as well as being part of a popular TV series, Tinsels.

In this piece, she spoke with City People’s Correspondent, DARE ADENIRAN, on her career, challenges of the movie industry as well as her recent fight with another actress, Jumoke Odetola.

Some got into the film industry by accident, while some planned it, how did it happen in your case?

It is something I have always loved to do, but the interest grew bigger along the line. It all started when I went for an event at D’Rovans Hotel and met some actors there. As God would have it, Ireti Osayemi happened to be one of those actors. I approached her and she introduced me to her manager, Uncle Baky Adeoye, I never knew he was her husband then. He was later to give me some contacts because they didn’t have a theatre school where I could be trained back then. So, it was Alhaji Yinka Quadri I eventually spoke with out of all the contacts given to me. That was how I got into the mainstream acting.

Though, I have been doing it as a part-time job before then. In fact, I have had the opportunity of featuring in two movies in South Africa in 2011; ‘Ife Oke-Okun’ and ‘Durojaye’, produced by Peter Olaniyan. But officially, I can say I joined the industry in 2014, through Odunfa Group.

So, you have always been involved in acting?

The whole thing actually started years back in the Church theatre group, at Faith Deliverance Message Ministry (FDMM), after my secondary education. People always loved my acting prowess whenever I was on the stage back then and they started advising me to fully go into it and all that. But I have never taken it seriously until later…

And when you decided you were going into acting, how did your parents feel?

My parents were in full support, they welcomed the idea, it was only my Aunty, my mum’s sister, who didn’t like it. You know our parents’ orientation of having a doctor, banker or lawyer child and all.

What is the experience like since you joined the industry fully?

It is been a mixture of bitter, sweet experience. There is nothing you will do in life that you won’t encounter one challenge or the other. But I believe God has taken me through whatever I must have experienced in life or on my job for me to learn and make necessary amendments. I have learnt a lot on the job and I am still learning and fully prepared for the challenges ahead and I am hoping for a better future. Because this is my life, this is what I do, I will always put in my best, to get good results.

Tell us the first film you featured in since you joined the industry officially?

That was an epic Yoruba movie entitled: Iya-Meta. The film was produced by Dada.

Have you produced any film of your own?

No. That is because I cherish quality a lot. I don’t joke with the standard. But I tell you, I am seriously working on my own film, which I will not want to discuss the details for now.

What are the other films you have featured in?

Ha! That will be very hard for me to reel out now, but let me mention a few. I have taken part in cinema movies like Shadow Parties, Knockout, Return of Jelili, Mo’dorisa etc. I have been part of Tinsel, Deeds, Casino TV series. I have been also part of some home video films like ‘Elerimida’, ‘Iyiwura’, ‘Oja Aye’, ‘Iwanwara’, ‘Yokolenu’,  and the list goes on.

Which is the most challenging, among them and how?

I would say the yet to be released English genre movie, ‘Shadow Parties’. The role I played in the movie was so challenging. I don’t want to say much until the film is out.

Share with us your Tinsel experience too, how has it been for you?

It has been an amazing experience with Tinsel. This is my second year with them and I can say that they are the best, in terms of costumes, locations, presentation and their casts I am happy to be part of the crew.

What has acting taken away from you?

Nothing really. I have always been myself and that has not changed. But the only thing now is that I try as much as possible to be my best because there are people who are looking up to me as their mentor as I am also looking up to some people in my industry.

What is it that you can never be caught doing, on or off set?

Is there any role you can’t act?

As an actress and a professional one at that, there shouldn’t be any role I can’t play. Except it doesn’t meet my standard; a good script is a good script and it is not difficult to know one.

Can you act nude?

That is not possible now. I am a Yoruba girl, an Ijesha proper for that matter. That doesn’t go down well with our ethics, tradition and culture.

What of if the pay is good?

Sex for role, have you ever experienced it in the industry?

I use to hear that it happens, but I have never experienced it. However, it is not peculiar to the movie industry, it happens in every other sector too. It depends on an individual and it is a matter of choice.

You will agree with me that you operate in an industry full of controversies, especially among actresses. What do you think is responsible for that?

It still depends on those involved and their motives.

But you were recently involved in a face-off with another actress, Jumoke Odetola, which has been generating a lot of buzz on social, what really happened?

I have actually put that behind me but setting the records straight. I think it was all about envy and jealousy on her side. If not, what could have warranted an actress pushing her colleague on set? Though we are not friends, we do greet each other whenever we meet at locations. I am still surprised at that incident up till now. It was the producer of that job but her Manager, Abbey Jomo happened to be the Director. So, on getting to the location I met her there and somehow everything changed the moment she saw me. She couldn’t even hide her anger towards me that she had to push me while acting my role.

What could have prompted her to push you?

I wouldn’t know. She and her manager are probably trying to kill my career for her to thrive. Forgetting we may be in the same industry, but we don’t carry the same grace or talent.

How did the whole thing got to social media?

I put it on Instagram (@queen.bewaj) because that is the only way I felt I could pour out my anger. As a professional, you can’t be fighting on set and as a well brought up lady, you should not even engage in a public fight. It doesn’t make you a coward or stop you from speaking up against what is wrong, but that is the way I was brought up.

I was born and bred in Ibadan, but an Ijesha girl, from Ere-Ijesha in Osun State. I went to St Clair’s Primary School, Osogbo. I was staying with my grandma then. I also went to St Theresa’s College, Oke-Ado, Ibadan. I proceeded to Ekiti State University (EKSU), formerly University of Ado-Ekiti, where I studied Business Administration.

Why JUMOKE ODETOLA And I Had A Face-Off – Fast-Rising Actress, BEWAJI FOLASHADE was last modified: April 30th, 2019 by Dare Adeniran