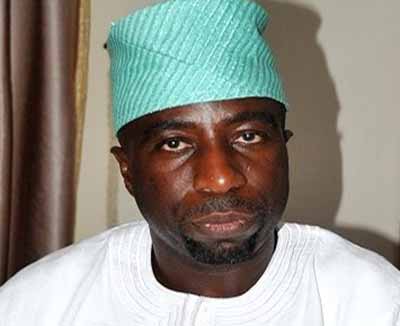 Getting Muyiwa Ige to sit down for an interview could be an uphill task. It is not easy. He does not have time for such. He doesn’t like interviews. He does not like being in the media, though he is friendly with the media Muyiwa is too serious minded. This Chicago-trained Architect just wants to be left alone to do his thing: to lock himself up somewhere and sketch his de signs. He is an internationally reputed architect who had a good job in Chicago before his Dad put immense pressure on him to come back home to fit in here in 1999.

For very many years, he was able to hide under the wings of his late father, Chief Bola Ige, popularly called the Cicero of Esa Oke because of his oratorical prowess and that of his late mum, Justice Atinuke Ige until both died a few years ago and the little Muyiwa of those years had to quickly grow up to become a man who had to take charge of family affairs.  When he again lost his brother, Muyiwa, knew it was time to take on the world.

And he has done that so well. He has done well for himself. He is not just the son of late Bola Ige, he has become a damn good architect with his designs dotting the entire landscape, from the South West to up North. He has designed many bank branches.

For five years he was in public office as Commissioner in Osun State under Ogbeni Rauf Aregbesola. The big news is that Muyiwa, turned 50 last weekend and City People Publisher, SEYE KEHINDE had lunch with him at his new sprawling home in Agodi area of Ibadan.

Sitting by  his swimming pool nestled in between all the natural rocks on the hill, Muyiwa opened up to his old primary school, mate, SK about his life.

Each time I sit down to talk to Muyiwa Ige, it brings back old memories of your late father Chief Bola Ige. The way you sound, the way you deliver your words and the richness of your Yoruba delivery. Your robust sense of humour. How did you achieve that?

Okay, let me get serious. Let me say, I have a conscious and unique understanding of who I am and I am very comfortable with whom I am. So I can blend with the high of the high and the low of the low.

Did your dad deliberately or consciously shape you the way you are?

It’s not much of shaping us to be this way or that way, ours was a small, close knit family. In as much as my dad was high and mighty, he was still dad. Even some of the decisions he took, he brought it back home, we dissected it, and by the time it evolved it now becomes a pronouncement that is reasonably acceptable by anyone. He interacted a lot with young people. He liked to encourage young people. He wanted the betterment of everyone. And he believed in the emancipation of the common man. He was just extra ordinary.

My take? 50 is the new 21, except when you begin to feel it in your knees and ankles. I just think 50 is just a number that let you know you have been around a long time. Then you think back that if you graduated in 1989 that was 28 dogged years ago. You think back to Maryhill Convent School (1972). That was 45 years ago. It’s a long time ago. Then I see my kids growing up, trying to do things that I used to do at an earlier age. Its progress in process, as long as you stay on an even keel and keep on keeping on.

The truth of the matter also is that age tells on you. So your diet changes a little bit, you eat more fish than meat, eat more vegetables. You can’t reverse time, it is just to process what comes ahead. So stay healthy, love your kids, love your family, love your friends and be devoted to your religion.

No, but I don’t have any regrets. I just have to retool. There are lots of things I will love to do. I just have to retool and recalibrate to forge head. Ever since I graduated from College 28 years ago, I have always had like a 4 year review plan. I keep asking myself: where are you in 4 years? Where are you in 4 years? Where do you want to be in the next 4 years? If you are doing something, you must do that thing better in the next 4 years. And it has worked.

He was Governor (laughs). And when my mum was 50, she was a judge. Now, Muyiwa, you are 50. Who are you? Well I am an Architect, immediate past Commissioner in Osun State, friend of the Governor of Osun, a stakeholder in the State of Osun, also a stakeholder in Oyo State here. Don’t forget my dad was Governor in old Oyo State. I live here and I live in Esa-Oke.

There is still a lot more to do. One must not rest on ones oars. I take solace in even my dad. Yes, at 50 he was a Governor, but at 71 he was a Minister. Between age 32 and 71 years he served Nigeria.

He studied Law. You studied Architecture. How come he didn’t persuade you to follow him?

I am very fortunate to have liberal parents. They will allow you to blossom and you take your decision and they will support you. If you derail they will bring you back on track.

When I told them I decided to study Architecture, they decided to contact Architect Omisore and Dr. Alex Ekwueme the Vice President of Nigeria at the time. He is an Architect. They said the school I wanted to go was good. They said go ahead. I am the only non Lawyer in the family but I regularised it, I married a Lawyer. I might still go ahead and do Law. Everyone needs to know Law anyway. But I know if I become a Lawyer, I will be a very good Advocate. I love my profession, Architecture. I sleep, eat, digest, and regurgitate Architecture.

Most people don’t know the real Muyiwa Ige because you have been in and out of Nigeria. Many don’t know how you left a good job in the US to come back.

It was a nice time. Having gone to University there, it was just a natural progression for me to graduate and start work. I was working for a transportation company. I had the opportunity of designing train stations I was giving the responsibility to revamp and rehabilitate 43 train stations which are handicap accessible. So even if you go to any of those stations now you will still see my imprimatur. I designed a lot of award winning stations at the time.

After about 5 years, I decided to move on and I joined the Macdonalds Corporation as their Corporate Architecture for about 4 to 5 years. I designed hundreds of restaurants.

I can walk into any Macdonald Restaurant anywhere in the world and within 90 seconds I will tell you how much money they are making because we have a formular for development. It was a pretty special thing. In terms of retail development, Macdonalds is the best.

How easy was it leaving this special job and coming back to Nigeria?

I had to. I had no choice. There was an unfortunate thing that happened in April 22nd 1993. I lost my brother. And after that all the conversations I had with my father was: you this boy when are you coming home? And I was like I am not a Lawyer, I am not going to inherit any how books I am an Architect. A bit eccentric, you know. I was doing my own thing. What I now did was every holiday I will come home. I will take 4,5,6 weeks off, so it will look like I am home. 2 days after I will tell my dad. I will be right back. And I am gone again.

But then, whether you like it or not there is no place like home and there is also a glass ceiling. In as much as I wanted to become the President of Macdonalds International. Thats a tall order.

The best I could be was President of Macdonalds Nigeria, which I tried and worked on. But after Abacha died, that was the turning point.

So, I did my youth service and that’s how I became Chapter Chairman of Oyo State Chapter of NIA, I got registered. I got my practice licence. I got chartered as an Architect in Nigeria and I am a Council Member, of the Registration Council of Nigeria today. I was also appointed Commissioner Can you imagine if I had not served?.

I arrived August 22nd. On 23rd of August 1999 my father said young man go and get registered. I was like what will they teach me in Nigeria, me an American trained Archited? He said go and serve. You are a quack unless you are registered. That has been for me the best thing that ever happened to me.