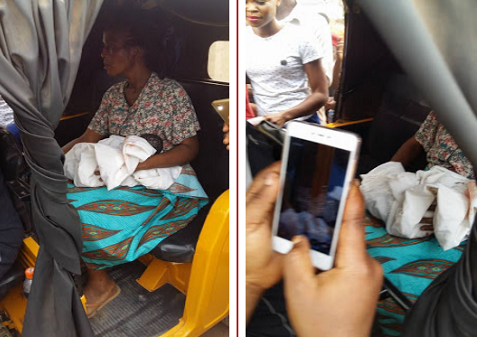 A 40-year-old woman and a mother of two, Foluke Owolewa, arrested by men of Ogun State Police Command for killing her one-day-old baby, has said she took the step because her two other children were not being taken care of by her husband.

The Police Public Relations Officer in the state, Abimbola Oyeyemi, in a statement, said the incident, which happened at Ipamesan area of Sango Ota, was reported at Sango Divisional Headquarters by the Vice Chairman of the Community Development Association in the area.Oyeyemi further said the suspect delivered the baby yesterday morning, but before anybody knew what happened, she had killed the baby girl.

“On interrogation, the suspect claimed that her two other children are not being taken care of by her husband, so the new baby will be an additional burden on her.

“Further investigation revealed that this is not the first time the woman will attempt killing her child. It was gathered that she once threw one of her daughters into pit latrine on delivery, but the baby was rescued.

“The dead baby was recovered and taken to the station, where it was released to the husband.

“The Commissioner of Police, CP Ahmed Iliyasu, has directed that the suspect be transferred to the Homicide Section of the State Criminal Investigation and Intelligence Department, CIID.”

Woman Who Killed Her Day Old Baby Explains Why was last modified: February 16th, 2017 by Reporter

Your Beard Could Be As Dirty As A Toilet