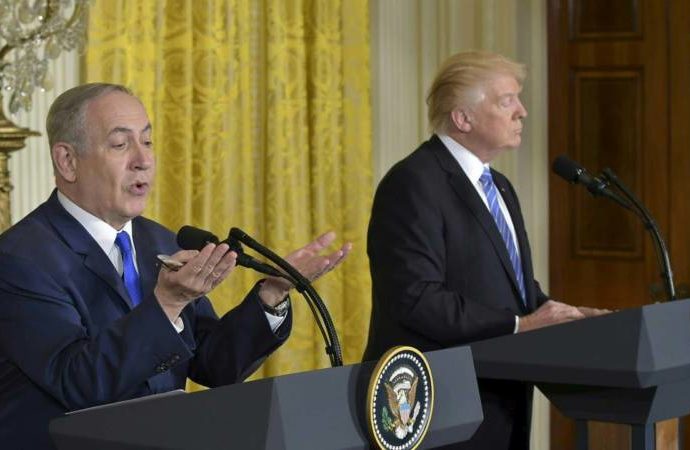 UN Secretary-General António Guterres countered U.S. President Donald Trump on Wednesday, insisting there was no alternative to the two-state solution between Israel and Palestine.

Mr. Guterres made the remarks in Cairo at a meeting with Egypt’s President Abdel al-Sisi and Foreign Minister Sameh Shoukry, according to his Deputy Spokesperson Farhan Haq.

This is contrary to Mr. Trump’s position during a joint press conference with visiting Israeli Prime Minister Benjamin Netanyahu in Washington.

“Following his meeting with the foreign minister, the Secretary-General spoke to reporters and said that he has always believed that Egypt, due to its history, its cultural and its geopolitical position, is a central player in this region and an absolutely essential contributor for the solution of the problems of the region.

“He also spoke about the Israeli-Palestinian question, asserting that there is no Plan B to a two-state solution and that everything must be done to preserve that possibility,” Haq said.

Speaking at the press conference, Mr. Trump said he would be comfortable with either one-state or two-state solution to the conflict.

“I am looking at both two states and also one state but the one that the two like will be the best.

“Both sides must make compromises to ensure peace.

“Palestinian must get rid of their hate teachings about Israel to their children at a young age.

“I also think that Palestinians must acknowledge the existence of Israel statehood. Such a great country of Israel must be recognised.

The U.S. President, however, asked Israel to hold back a bit on the ongoing building of settlements on disputed lands.

Responding to questions, Mr. Netanyahu said “I don’t believe settlements are the core of the problems in the region.”

“The true prerequisite of peace is that Palestinians must recognise Israel as a state and must stop teaching its citizens hatred against Israel and calling for Israel destruction.”

“So the persistent rejection of Israel state by Palestinians must change. I want the status to change.

Revealed: How US Plot To Discredit Russia...

“Khloe Kardashian Is Not The Right Host...