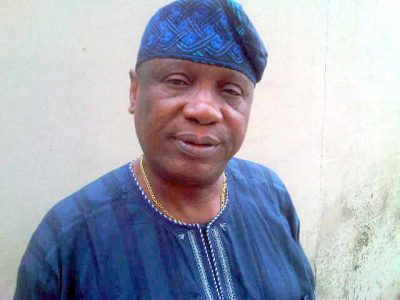 In 1999, the Independent National electoral Commission, under Justice Ephraim Akpata, spent over 32billion naira to conduct the 1999 general elections. At that time there was no National Assembly. The approving authority then was the 33 man Provisional Ruling Council headed by General AbdusalamAbubakar, GCFR.

In 2003, the National Electoral Commission under Chief Abel Goubadia spent over 60.5billion naira to conduct the general election.

In 2011, under Professor AttahiruJega INEC spent over 89.2 billion.

In October last year, the National Assembly passed a budget of 242.2billion for the conduct of this year’s election. Addressing members of the National Assembly committee, Professor MahmoodYakubu, INEC chairman, defended the budget as what would be enough to conduct the poll. He said out of the N189 billion, N134.4 billion would be used as operation cost while N6 billion was budgeted for feeding security officials during the election.He added that N27.5 billion will be used for election technological cost while N22.7 billion will be for administrative cost.

AishatuDukku, chairman of the INEC committee in the House of Representatives, said the lawmakers would be transparent in considering details of the budget. “It is important for us to approach the budget proposal from both process and content perspective,” she said, adding: “It is only by so doing that one can begin to unravel the intricacies of the entire range of issues involved. “She also said the committee hopes the government would address issues that have to do with election funding “unlike the previous budgets that were not productive in the entire planning of elections.”

The commission subsequently met with the senate committee on INEC over the same matter.

At the senate meeting, Professor Yakubu said the increase in the budget — as against the N120 billion requested in the 2015 elections — was necessitated by the increase in number of political parties, registered voters as well as high exchange rate.

The commission has so far registered 91 political parties as against the 44 that were in place in 2015. “Also associated with political parties, is monitoring of party primaries, congresses and conventions. There is also the processing of nominations. We have 12,558 constituencies which means INEC has to process about 141,778 nominations,” he added.

“We also have more electoral constituencies. Right now we have about 68 more constituencies and there is also increase in the number of registered voters. “We’ll need to open more voting points, engage more ad-hoc staff, supervisors and returning officers,” he said, stating that as at August 11, the commission has registered 12.1 million voters.”

In justifying the huge cost of the election the INEC chairman, Professor MahmoodYakubu said in December in Abuja that the increase in the cost election in the country was partly due to security and logistic reasons.

At a validation workshop on the study of the cost of elections in West Africa organized by ECOWAS Network of Electoral Commissions, ECONEC, in Abuja, Professor MahmoodYakubu said the study was part of ECONEC’s two-year Work Plan (2016-2018) borne out of the serious concern of all electoral commissions in the sub region about the spiraling cost of conducting elections.

Professor Yakubu said:  “With every cycle, the cost of elections keeps rising, making many countries unable to fund critical aspects of the electoral process as a sovereign responsibility. “The ever-rising cost of voter registration and the compilation of a credible voters’ register, recruitment and training of electoral officials, provision of electoral logistics, election security, civic and voter education, procurement of sensitive and non-sensitive materials, deployment of electoral technology, undertaking regular engagement with stakeholders and handling of pre-election and post-election litigations are enormous. ‘’The task of meeting such extensive expenditure has increasingly challenged the national resources of many countries in our region. It is against this background that the Governing Board of ECONEC inaugurated this study to explore what we can do as election managers, working together with national stakeholders and development partners, to find ways to reduce the cost of elections without jettisoning new innovations or compromising the quality, transparency and credibility of elections.’’ According to him, ECONEC has undertaken needs assessment, solidarity and mid-term review missions to several member states. “The objective is for Election Management Bodies, EMBs, in our sub-region to share experience, expertise and even pool resources not only with a view to ensuring best practice through peer review but also in order to reduce the cost of conducting elections among our member states”.

Yet in spite of the huge amount of money allocated to INEC some of the elections were inconclusive.

In comparison, in January this year all the thirty-six states of the Federation including Abuja shared 173.8 billion naira from the Federation account. If we add what INEC has been allocated since 1999 to conduct the six elections so far, it will be over 617 billion naira. That amount of money is enough to build the necessary infrastructure in the country. No doubt this our democracy is becoming a burden.

We are talking of a nation without energy, no basic infrastructure, bad road networks, etc. The election burden has become too much for our economy. We can’t continue this way.

ERIC TENIOLA, A FORMER DIRECTOR AT THE PRESIDENCY WROTE FROM LAGOS.

Why Many Celebrity Women Are Going For Fascinators