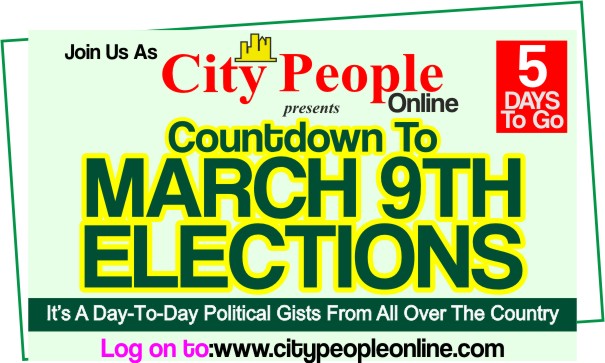 No fewer than 10 political parties in Adamawa State have resolved to work for the Peoples Democratic Party (PDP) to ensure victory for the party in next Saturday’s election.

The News Agency of Nigeria (NAN) reports that the candidates announced the decision after a meeting with the Adamawa PDP candidate, Alhaji Umaru Fintiri, on Monday in Yola.

The candidates were Sadiq Khaliel of MRDD, Danjuma Musa of FJP, Naziru Sa’ad of ZLP, Ahmed Hassan of DA and Salihu Danjuma of APM.

The candidates, who took turns to speak at the meeting, said they had decided to partner with the PDP and work for the success of the party and its candidate in the Saturday election.

Isa, the CAP candidate said she decided to shelve her ambition to work with Fintiri because she believed in his vision and that of the PDP.

She described the PDP candidate as a man who matched words with action, as evident in his stewardship when he served as Speaker of Adamawa State House of Assembly and acting governor.

“I go for personality, and Fintiri is a man of vision and integrity,” Isa said.

On his part, KOWA party candidate, Umar, said his party only endorsed Fintiri for the governorship election, but its candidates for the house were still in the race.

“Unlike other parties, our party will mobilise for PDP for governorship only, while our house of assembly candidates are still in the race,” he said.

Speaking on the development, Fintiri lauded the parties for the confidence in him and assured that he would form an all-inclusive government if elected

OBJ is One of The Greatest Nigerians Alive – Atiku Abubakar