OBJ is One of The Greatest Nigerians Alive – Atiku Abubakar 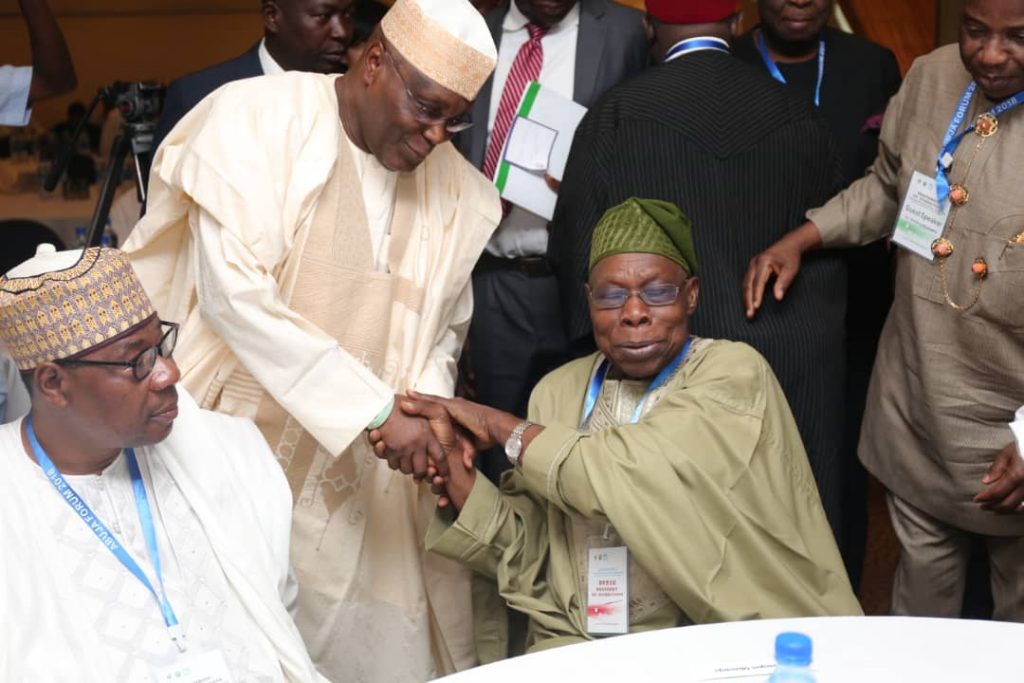 Former Vice-President Atiku Abubakar has described ex-President Olusegun Obasanjo as one of the greatest Nigerians alive.

While felicitating with the former president on his 82nd birthday, Atiku said no Nigerian alive has done as much as Obasanjo did for the country.

Writing via his Twitter handle on Tuesday, he said: “A very happy 82nd birthday to you, Chief Olusegun Obasanjo. No living Nigerian has given as much to Nigeria in peacetime and in war as you have.

“May almighty God grant you many more years in good health and continued service to Nigeria and the world at large.”

Atiku fell out with Obasanjo during his second term in office.

His reported presidential ambition had pitched him against Obasanjo who was said to be nurturing a third term in office.

The duo, however, reconciled in the build-up of the presidential election after Obasanjo endorsed him.

OBJ is One of The Greatest Nigerians Alive – Atiku Abubakar was last modified: March 5th, 2019 by Damilare Salami