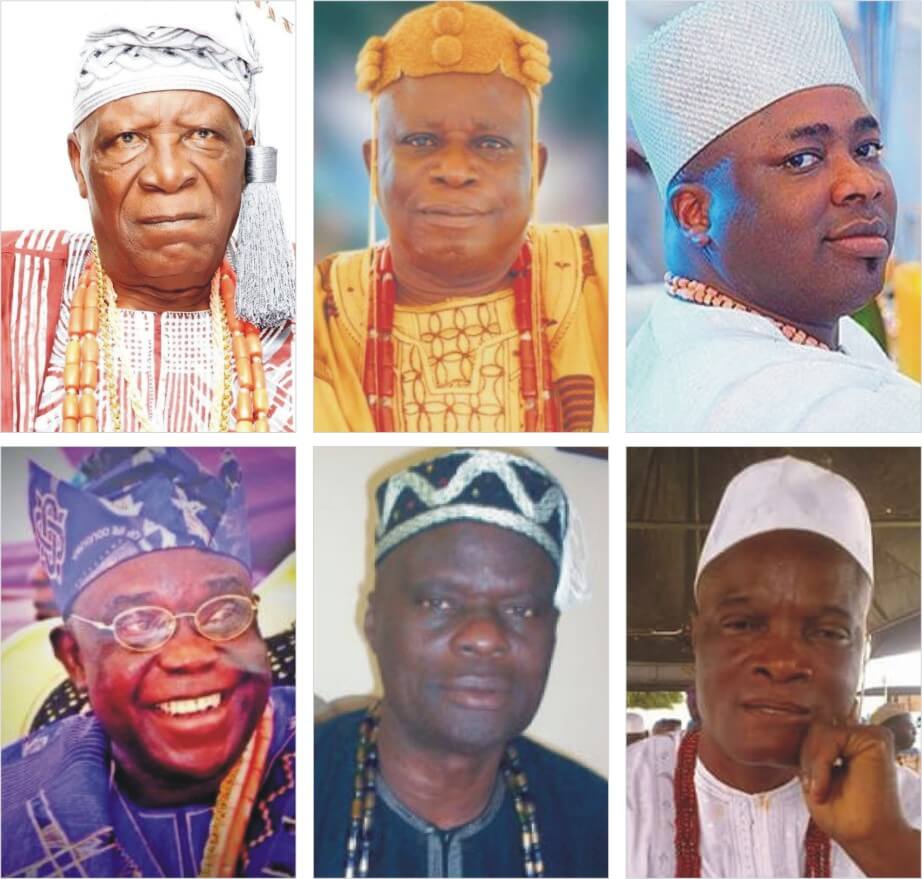 In Lagos today, there are many first-class Obas who have strong-hold in their various locations and bring about peace and orderliness among the people in their different communities. Today, some of the influential and popular Obas who are successfully ruling their locations; some of them inherited that land and as such, make their name and throne more popular, rich and powerful. Most of them are under Lekki/Eti-Osa areas. This week, City People brings to you 10 popular Obas who play big in real estate.

OBA IDOWU ABIODUN ONIRU
His Royal Majesty, Oba Idowu Abiodun Oniru is a first class monarch in Lagos. He is undoubtedly one of the most influential traditional rulers and one of the biggest land owners in Lagos. He was trained in the United Kingdom as an engineer before he became an Oba of Oniru Kingdom.

Oniru family used to have over 6,000 acres of land along the coast but had lost some acres from the colonial days. Presently, land at Oniru is one of the most expensive in Lagos. Currently, a plot of land goes as high as 150 millions. The Oniru family has contributed immensely, not only to the private estate, but Lagos state.

One of the most beautiful layouts and buildings in Lagos are in Oniru housing estates not just because the Oba was trained as an engineer but because they employed some of the best hands in the real estate sector to plan the estate very well.

OBA SAHEED ADEMOLA ELEGUSHI
Talk of class, elegant and wealth, Oba Saheed Elegushi has them all. He is one of the most respected kings in Lagos with a large expanse of land. Elegushi is at Ikate in Eti-Osa local government area of Lagos state. It is a 135 square kilometres land mass, cocooned by the Atlantic Ocean and Lagos Lagoon, Eti Osa and Ikateland. According to history, the root of Eti Osa people can be traced to Olofin, who migrated from Ile Ife and settled in Iddo. Furthermore, Ikate is situated to the west of the geographical definition of Eti Osa, about three kilometres from Igbosere Creek, near Mobil oil company’s headquarters is presently located, formerly the site of Oroke Village, off Maroko-Epe expressway.

OBA OLUSEGUN RAFIU SALAMI
His Royal Majesty, the Onibeju of Ibejuland, Oba Olusegun Salami is one of the biggest monarchs/land owners in Lagos because of the new land acquisition going on in that area. Presently, a lot of real estate players have moved into the axis and over 100 hectares of land has been sold.
Ibeju Lekki is a thriving community. It’s the new Lagos and gradually becoming the hub of Nigerian real estate activities. And that is why everybody is buying land there now because it’s one of the primes location in Lagos.

OBA TAJUDEEN ELEMORO
His Royal Highness, the Onitedo of Itedo is one of the big monarchs in Ibeju Lekki area of Lagos, closely situated to Epe town. The custodian of land in this town is Oba and many hectares has been sold.. The town Elemoro is one of the few communities that shares borders with Free Trade Zone and that has been the destination of real estate players.

OBA OLUMUYIWA OGUNBEKUN
His Royal Highness, Oba Olumuyiwa, is one of the monarchs in Ibeju Lekki area, a community that serves as the economic hub of the country and indeed West Africa sub-region due to the presence of Free Trade Zone. Lekki community is originally in Ibeju Lekki; it’s a small but growing community. Lekki community is under Eti Osa east local government area… This town has a lot of resources but land has now become big asset for the town.

OBA ABDUL-GANIU ADEBOWALE
His Royal Highness, the Onise of Ise land in Eti Osa, Local Government Area… This is a community that is enjoying the recent development going on in Ibeju Lekki where Trade Fare Zone is situated. It is one of the communities benefitting from industrial growth and under the present of Oba Ganiu. Who is in-chharge of land in the Community. This king also have a lot of land at their disposal and that makes the family one of the biggest land owners in Lagos.

OBA ADETUNJI AKINLOYE
His Royal Majesty, the Ojomu of Ajiran land is a big player and his name is synonymous to land. Oba Adetunji is a non executive director of Cityscape International Limited. He is the foremost traditional ruler in all of the Lekki Peninsula. Oba Adetunji is a graduate of the university of Ife. He was recently honored with National Honour of O.O.N (Order of the Niger Award). He’s presently the chairman of Royal Realities Limited, a Cityscape subsidiary; a real estate development company currently involved in the development of 2 private residential estates along the high brow Lekki corridor in Lagos, Nigeria. He is rich, love for philanthropy and his fatherly and royal concern for the well being of his subject also led him to start the centre for world peace; a non governmental organisation devoted to helping the poor achieve self sustenance and to promote world peace and harmony.

OBA BASHIRU OLORUNTOYIN SALIU
His Royal Majesty, Oba Bashiru of Oworonshoki town in Lagos. He is a well known Monarch but only a few people know he plays big in the real estate sector. Oworonshoki is a town before the 3rd Mainland bridge. Presently, over 160 hectares of land is under reclamation by Kabiesi. Work is ongoing; behind the Oba’s palace.
Three companies are working hand in hand to make sure the project is completed in time. Few months back, Kabiesi told City People during an interview in his palace that, his family are the owner of Oworonshoki; that they inherited it from their forefathers. A plot of land there now sells as high as 30 to 40 millions .

OBA HAMZAT ATIKU
His Royal Highness, Oba Hamzat Atiku, is one of the most powerful Paramount rulers in Eti Osa. Land has always been the source of income to this people because of the investment in that axis.presently, land is selling there and more and more investors are moving there for investment.

Young Property Players In Their 30s Who...