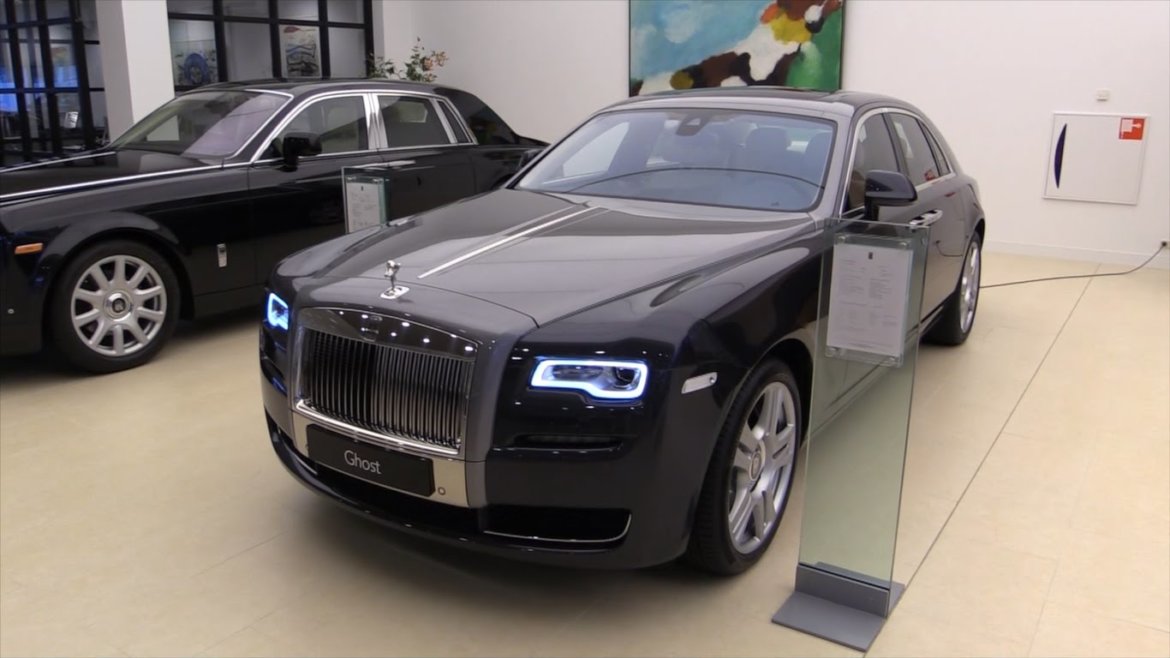 Many super rich and famous Nigerians have lately been buying the Rolls Royce Phantom. Some others have gone ahead to order other brands of Rolls Royce. In this Special Report, City People reveals some of the rich Nigerians who own Rolls Royce limousines in their garages.

Have you noticed that very many rich Nigerians own Rolls Royce limousines, especially the Rolls Royce Phantom. That is what is fast becoming the new status symbol now, probably because of its high cost. It does not come cheap. To own a Rolls Royce, either the latest or the old model, would set you back up to £320,000 or $400,000, with no upper limits, because of the extras that many want their limousines to come with.

A few months back, billionaire businessman, Jimoh Ibrahm  created a buzz when he gave himself a gift of the latest Rolls Royce Phantom, which he bought at Coscharis Motors, Lagos for N300 million. That was his 50th birthday gift. Jimoh, who owns a private jet, The Bombardier and who has ordered for the latest model of the Bombardier jet, also owns a Rolls Royce in his London home. That makes his collection to be 2.

Aare Ona Kakanfo of Owuland, Dr. Bolu Akin-Olugbade who just came back from the UK has just bought a new Rolls Royce Phantom. It is the 2018 edition. He was one of the 25 select rich men who were invited globally for a private viewing of the new 2018 Phantom Rolls Royce in London. He flew into London from his Los Angeles home on Thursday 6th April, 2017.

According to him, those invited, found that the new Phantom has been greatly improved. “The interior has been completely changed. Outside, the lights and a few things in the front and the back have also been changed.

The boot interior has also been made longer to accommodate more suitcases, he added.

City People gathered that Aare Bolu and the other 24, all liked the new car they saw on display and they were told that 778 people around the world had already placed an order for the car without seeing it. The mass production would start in January 2018.

Consequently, he became the 779th person to place an order for the car. The joke amongst his friends is: was Bolu hypnotized? Why? This is because he has 9 Rolls Royce limousines already in his garage. And this will be the 10th. His 9 Rolls Royce cars are in his houses all over the world. He has 3 in his Lagos home, 2 in his London home, 2 in his Los Angeles home, and 2 in his Dubai home. His new Rolls will be delivered in  2018 for his use in London, where he presently has 2 Rolls Royce cars at his house in St. John’s Wood, London. His new 2018 PR Phantom cost him N400  million.

Sir Olu Okeowo, the Construction giant is another Rolls Royce collector. He has 5 parked inside his new Ikoyi mansion.

He bought his latest Rolls Royce late last year to commemorate the completion of his new palace. His garage where he keeps his colony of Rolls Royce is fully air conditioned. The cars are washed and polished at least once a week. He has a brother, Joe Okeowo, who is also rich like him. He is into real estate. He loves cars too. He has a Rolls Royce Ghost.

When former Ogun governor, Otunba Gbenga Daniel turned 60 April last year he gave himself a birthday gift of a Rolls Royce Phantom. It is parked at his palatial Maryland residence in Lagos.

The Ooni of Ife, His Imperial Majesty, Oba Adeyeye Ogunwusi also joined the league last year when he ascended the throne. He bought a white Rolls Royce Phantom which is befitting of his new status as the Oonirisa. His predecessor, late Oba Okunade Sijuwade had a Rolls Royce in his lifetime. That was the Rolls Royce his son, Prince Deremi used for his recent wedding.

The Emir of Kano, Sanusi Lamido Sanusi also has 3 Rolls Royce limousines in his garage. He inherited 2 vintage Rolls Royce limousines from his predecessor and he has a new one, making 3. The late Ado Bayero owned 2 Rolls Royce, a Sefaf and a Ghost. Sanusi now has another Ghost. Ogun Senator, Buruji Kashamu also owns 2 white Rolls Royce. They are parked inside his expensive Ijebu-Igbo home.

They are not the only rich Nigerians who own Rolls Royce limousines. There are many more. FCMB founder, Otunba Subomi Balogun owns a rich collection of Rolls Royce cars. He usually orders his from Rolls Royce company in the UK and everything is usually customized with his name SB etched on all the car accessories all in 24 karat gold.  He has his Rolls Royce cars parked in his air conditioned garage at his Lagos home and has one parked in his Ijebu home.

Pastor Chris Okotie also drives a Rolls. He owns a white one. He loves to drive himself anywhere he goes.

In the East, there are many rich businessmen who own Rolls Royce. Orange Drug boss has one, so also Globe Motors owner, Willie Anumudu, popularly called Pa. Willie, he has a Phantom. In the North, a few Emirs own Rolls Royce. Equally remarkable is the fact that its not only the men who own Rolls, even the women do. Billionaire businesswoman, Hajia Bola Shagaya owns one. She lives in Abuja where she owns an estate. She owns a Rolls Royce Ghost. Mrs. Gladys Ndubuisi-Kanu owns a Phantom too. She bought one for herself from Coscharis Motors two years ago.

She is a successful Accountant and big real estate player. She is the wife of former Lagos governor, Admiral Ndubusi Kanu.

Nigeria soccer star, Brown Ideye who was the record singing of English premiership side, Wesbrom Albion and has since moved to Greek side, Olympiakos also belongs to the league of Nigerians who have Rolls Royce for $250,000.

But the craze for Rolls Royce didn’t just start now. Many rich Nigerians had been buying Rolls Royce for years.

They both bought Rolls Royce years ago.  The Ibrus too have a Rolls Royce. Late Guardian Publisher, Alex Ibru bought a Silver Shadow in his life time. The Alake of Egbaland, Oba Gbadebo also has a vintage Rolls Royce.

His Imperial Majesty, Oba Obateru Akinruntan, the Olugbo of Ugboland in Ondo State has one. He is one of the few monarchs who own the latest edition of Rolls Royce Phantom.

The popular Eletu Odibo Brothers all have Rolls Royce Limousines. Alhaji Mudashiru Eletu Odibo has one, so also Prince Kazeem (the most well known of them has 2) and Prince Ademola has 1.

One remarkable thing about the taste of many of these rich Nigerians is that it varies. It shows in their collection. Though many have been going for Rolls Royce Phantom, there are other kinds like the Rolls Royce Silver Ghost, Silver Wraith, Corniche, Silver Seraph.

The Wraith is derived from The Ghost. There is the Ghost series.

These limousines also come in different shapes and sizes. There is the Sedan, there is the coupe. The Phantom is the epitome of  British Motoring, embodying all that has made the marque a legend in the Phantom Sedans.

There is the Phantom coupe and the Phantom drop head. About 5 super rich Nigerians own the Phantom Convertible. They are Bolu Akin Olugbade, Muyiwa Bakare, Pastor  Chris Okotie, Senator Dina Melaye and Larry Onuegbu.

Why are many rich and famous Nigerians obsessed with the Phantom which costs about N300 millions, whilst the 2018 model goes for N400 million?

Aare Bolu Akin-Olugbade says it is because it is the best car in the world to own. “And when you drive it, it is smooth, noiseless, and because of the way the drivers seat is high up, you feel on top of the world.”

Also in the category of 100 Super rich of Nigerians who flaunt Rolls Royce is Emeka Uzoeto, the CEO of 1st Homes Limited. This young man is one of the biggest real estate developers in Nigeria. He has a special plate number on his Rolls Royce car, Ede. Ede is the name of his Chieftaincy title. He bought the exotic car in 2014

The Story Of My Life – BISOLA AIYEOLA, BBN 1st Runner Up What She Told City People

Why I Decamped To PDP; Jandor Reveals