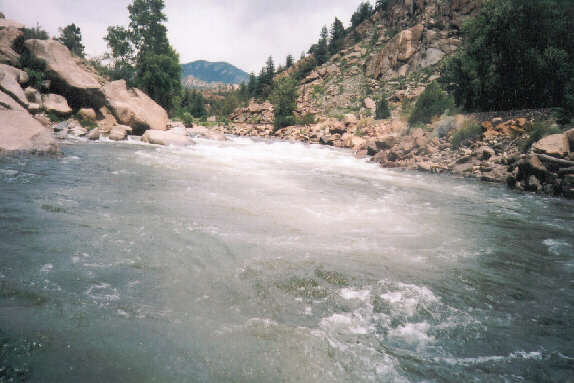 At least 136 are missing after a boat carrying some 150 people broke apart Friday, killing eight people.

Earlier reports said the boat was carrying 50 traders from a market in Kebbi State when the accident occurred.

The sole administrator of Ngaski LGA, Garba Hassan, said eight people had so far died and that the toll may increase.

Survivors told PREMIUM TIMES the accident occurred towards the end of the 90-minute journey at about 6:05 p.m. Friday.

Hamza Dogonhaske, one of the survivors, said the boat broke into two midway after hitting a stump. He said he could confirm that four female and three male passengers died.

“The boat was not speeding and had attempted to make emergency turn away from the stump,” he said.

“The wooden boat hit the stump and broke into two. Some us who know how to swim and nearby boats were able to rescue many who could not swim,” Mr. Dogonhaske said.

But new details published by the News Agency of Nigeria say the boat was carrying 150 passengers returning from Malali Market in Kebbi capsized along River Niger.

The coordinator of the National Emergency Management Agency (NEMA), in-charge of Sokoto, Kebbi and Zamfara States, Sulaiman Muhammad, confirmed this to the News Agency of Nigeria (NAN) in Ngaski on Saturday.

He said that efforts were on going between fishermen and the Nigerian Inland Waterways Authority (NIWA) to rescue the missing passengers.

“As soon as we had got the hint of the mishap, we put a call to the Nigerian Inland Waterways Authority to help rescue the missing passengers.

“All the people on board were missing, but as rescue and search continue wide and deep of the river intensified, 14 people have been discovered; seven died and seven have been taken to Ngaski Hospital,” he said.

NAN gathered that the accident occurred when the boat hit a branch of tree in the water and capsized.

Ngaski Local Government Area is a two-hour journey from the river where the incident happened.