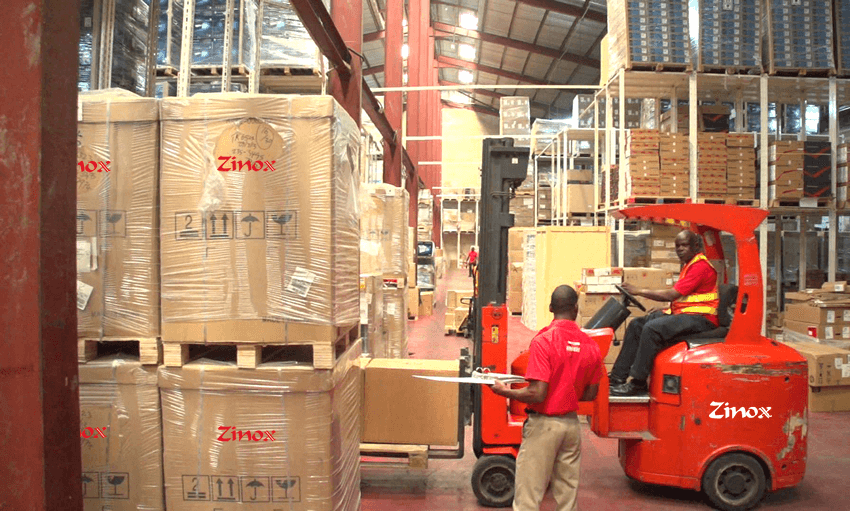 A Lagos State High Court sitting in Igbosere, on Tuesday dismissed an application by top officials of Zinox Technologies Limited, its subsidiary, Technology Distributions Limited, and their co-ops, including Access Bank PLC, in respect of a case of alleged N170.3 million fraud against them.
An Ibadan-based computer retail firm, Citadel Oracle Concept Limited, and its managing director, Joseph Benjamin, had filed an application against the officials, accusing them of impersonating the company and illegally diverting a contract awarded to it by the Federal Inland Revenue Service, FIRS, in 2012.
Other accused persons include the Company Secretary/Legal Adviser, Zinox Group and Technology Distributions Limited, TD, Chris Ozims, and a director of TD, Folashade Oyebode; the chief executive of Ad’mas Digital Technologies Limited and Pirovics Engineering Services Limited, Onny Igbokwe, along with one Princess O. Kama. Also listed were two staff of Access Bank Plc, Obilo Onuoha and Deborah Ijeabu.
Following the application filed in November 2014, the suspects had filed a counter application asking the court to dismiss the allegation against them for lack of evidence. The substantive case was adjourned to enable the court resolve the application by the defendants.
However, following a report by a media oufit published on September 15, 2016, the defendants filed an application on October 4, 2016 urging the court to commit both Mr. Benjamin and this newspaper for contempt.
In a 21-paragraph affidavit by Chris Eze Ozims, the defendants asked the court to commence contempt proceedings against Mr. Benjamin and PREMIUM TIMES “for engaging in acts of media trial” by causing to be published and discussing facts and issues before the court for determination.
They claimed the publication by PREMIUM TIMES were distorted “deliberately to mislead the public and defame the defendants and put the integrity of the court into disrepute.”
But, on Tuesday after reviewing volumes of documents tendered before the court throughout almost three years period the case lasted, Justice Femi Adeniyi dismissed all the preliminary objections by the defendants, with a N100,000 cost. The application by Access Bank was equally dismissed with a N50,000 cost.
In the judgment delivered for almost four hours, Justice Adeniyi said the objections by the defendants to the case of “impersonation, forgery and contract scam” against them did not only lack merit, but also incompetent, and did not deserve any serious consideration by the court.
Although the objection by Technology Distributions Limited was upheld by the court, the judge said the court could not give a ruling against a limited liability company other than in its legally registered name with the Corporate Affairs Commission, CAC.
The application by the two Access Bank managers were equally dismissed, despite their claim that they acted on behalf of the bank. The court however rejected their claim, arguing that the bank could not have asked them to act or be involved in any fraudulent act on its behalf.
The two bank managers were accused of facilitating the opening of a fictitious Citadel Oracle account No. 0059202675 at the Awolowo Road, Ikoyi, branch of Access Bank using fake documents and the forged signature of the company’s managing director.
The account, which Mr. Ozims said was approved with the consent of the top hierarchy of Zinox Group, including its Chairman, Leonard Stanley Ekeh, and wife Chioma, was used by the suspects to funnel the proceeds of the fraud.
The facts and evidence on which the court relied to deliver the judgment on Tuesday were the same contained in a petition by Citadel Oracle and Mr. Benjamin to then Deputy Inspector General in charge of Force Criminal Investigation Bureau, Solomon Arase, which the police claimed were false.
Although investigations by the special fraud unit of the police were concluded since 2014 and a prima-facie case established against the suspects, prosecution was stalled, as Mr. Arase refused to forward the case file to the directorate of prosecution, DPP for the commencement of the trial of the suspects.

170M Contract Fraud: Court Says Zinox Tech Must Appear Before It was last modified: May 2nd, 2017 by Damilare Salami